MacArthur Center brought in Santa to use sign language to communicate with kids from all across Hampton Roads. 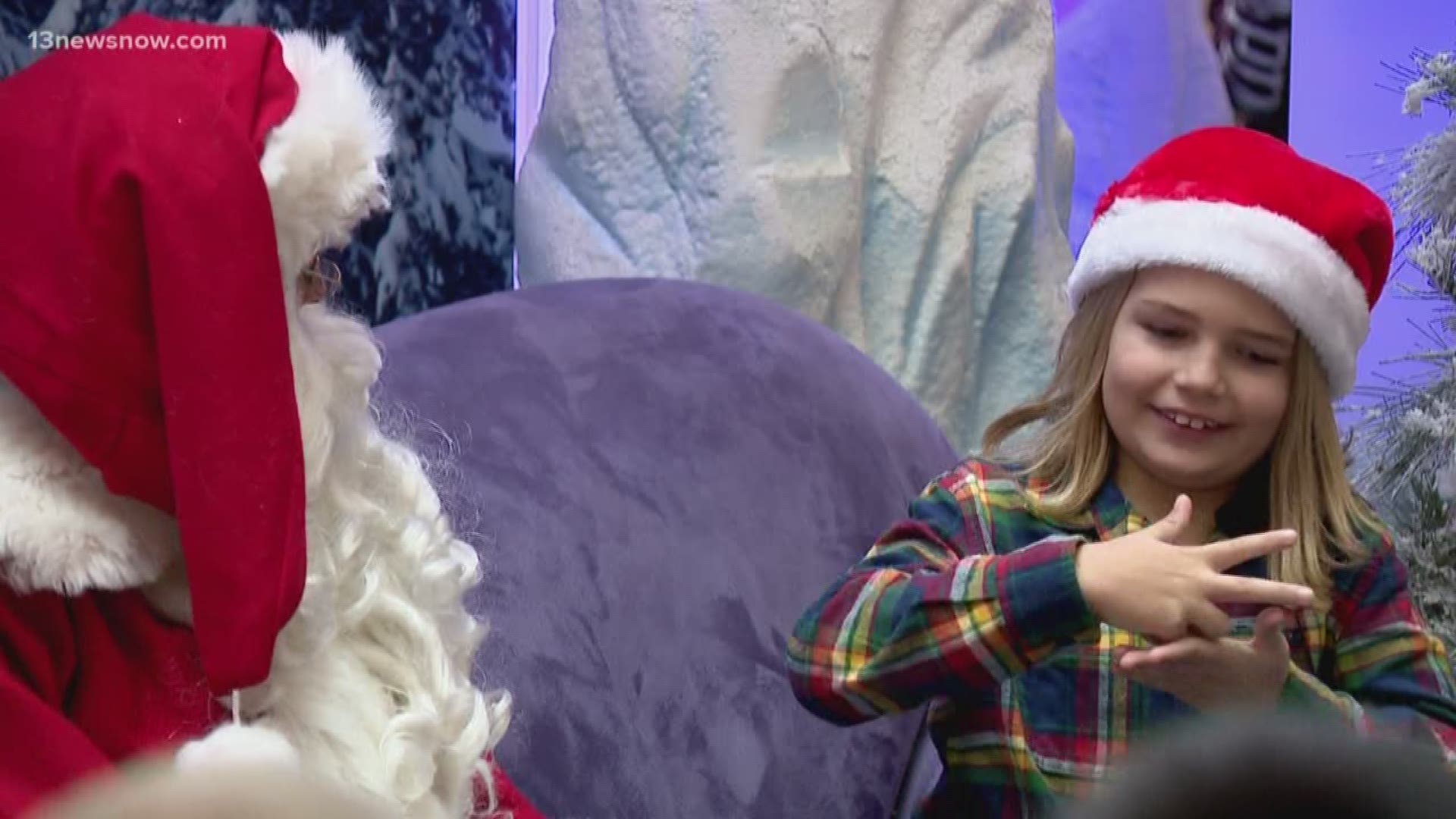 NORFOLK, Va. — Christmas is still a month away, but with millions of kids to visit around the world, Santa got a head start in Norfolk.

On Tuesday, Santa flew into town to meet kids at Norfolk’s MacArthur Center. What made the meeting so special was that all of the children were either deaf or hearing-impaired. Children could let Santa know their wish list by using sign language.

The “Talking Hands" choir from Lakeland High School used sign language while they sang to the kids as Christmas kicked off the festivities at the MacArthur Center.

Sondra Morgan said her grandson Jackson was excited to tell Santa he wanted a blue car for Christmas.

“He likes anything that goes really fast, so it's a remote-control vehicle and I'm sure it's going to be big because Jackson likes big trucks," said Morgan.

Nelson Elementary teacher Elizabeth Churchill said the recognition of sign language in another made her students light up.

"Santa came out and started signing and they were like ‘oh man, I can directly tell Santa Claus what I want, I don't need someone else to tell him for me,” said Churchill.

Churchill said that more people should learn how to sign because the kids deserve special days, every day.

"The ability for them to communicate directly with anyone just blows their minds and they love it because that allows for a more personal connection,” said Churchill.

Morgan said that meeting signing Santa at the mall is the best day of Jackson’s year.

"It's his opportunity to actually talk to Santa. Because he gets frustrated sometimes with people who don’t sign. Like me, I don't sign that much, but he knows Santa understands him," said Morgan.