After serving 14 years in the Marines, Sam Deeds advocates for veterans and their families, finding his purpose by working with non-profits. 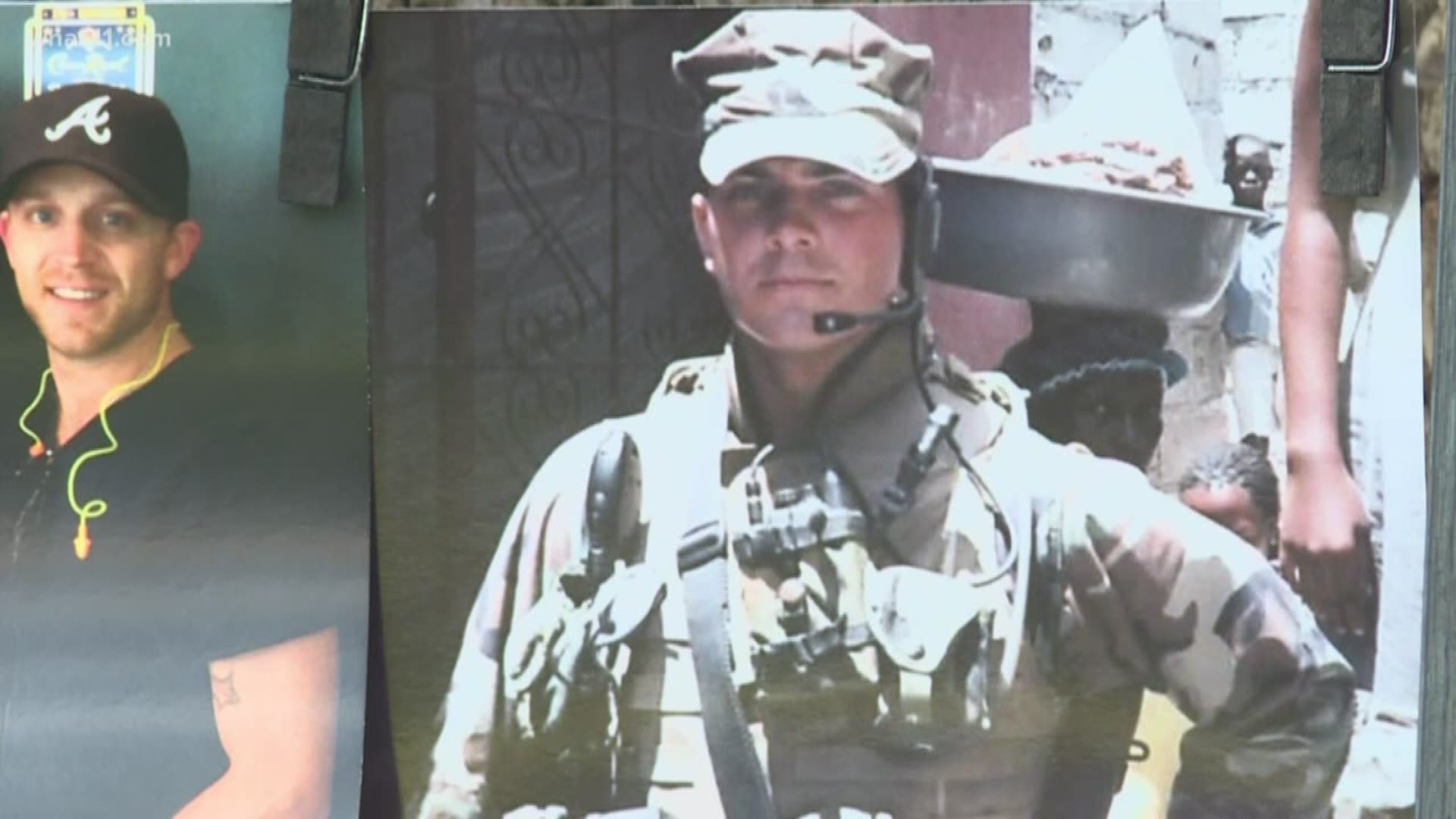 LOUISVILLE, Ky. — It took years before Sam Deeds was able to open up and ask for help.

"All I wanted to do was be a marine," Deeds said.

The retired gunnery sergeant wore the uniform for 14 years, serving in Japan, Haiti, and Greece. Then, in 2005, during his first two months in Iraq, Deeds suffered from 2 improvised explosive device blasts that would bring him home for good.

He suffered from a concussion and brain injury, a tibia fracture, shrapnel across his body, and broken bones in his hands.

"After 30-ish surgeries, and 6 years later, the Navy Marine Corps found it fit that I was going to be as healthy as I'd ever be and I was medically retired," Deeds said.

Deeds had planned to serve the minimum 20 years before retiring, but had no choice in the matter, and no job to fall back on when he came home.

"I was still standing tall, but I was lost," he said.

He found a job as a security officer about 4 months later, moving up to a leadership position right away. But it didn't last long. Deeds struggled with Post-Traumatic Stress Disorder, or PTSD.

He broke his silence in 2013, in front of a crowd of veteran supporters in Washington D.C. 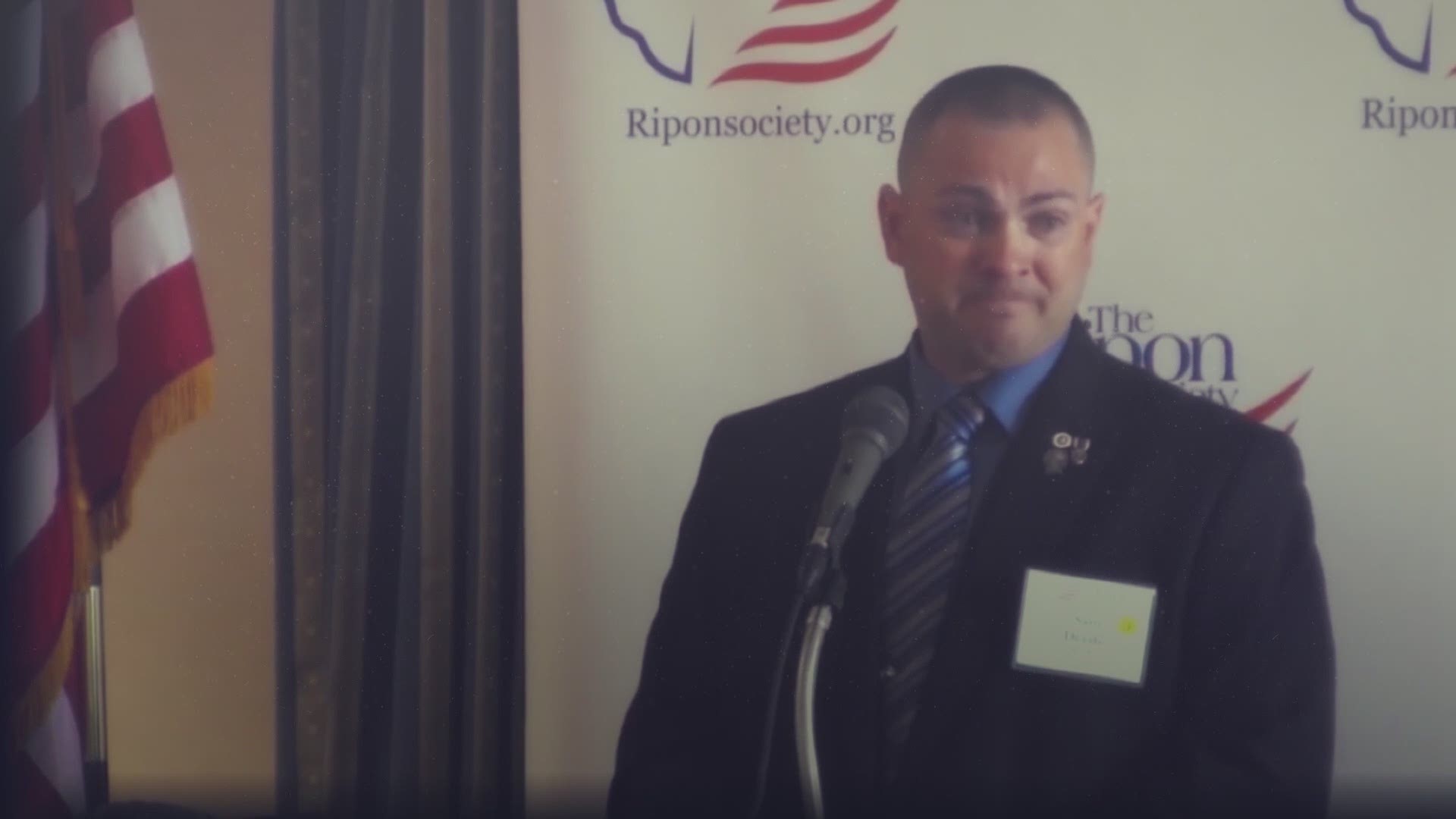 “Laying in bed one night, my two-year-old opened my bedroom door. I came out of bed with a knife, having flashbacks, nightmares. If my dog had not bitten my arm, I probably would’ve killed my son," Deeds said.

"There’s something wrong with me and I can’t control it and it scares me. I have 2 kids to live for and it's probably the only reason I'm here today."

It's a story he shares with anyone who will listen, slowly healing his wounds, by helping others.

"Coming home, you have to realize you still have worth. You still have value. Because there's things in the military you learn that can't be taught in the classroom. But the biggest thing was having a purpose," Deeds said.

Today, Deeds travels around the country advocating for veterans and their families.

"It gave me a platform and gave me a voice and since 2013, that's all I've been doing. Talking to whoever and whenever they'll listen, and I know for a fact I'm helping people change their lives and helping them find their purpose," Deeds said.

RELATED: Where can Kentucky and Indiana veterans get help?

"Step up and do something. Help these service members find their purpose."

He found his purpose 5 years ago with Team Fastrax, putting on skydiving shows for Purple Heart and Gold Star Families. Deeds was later inducted into the Kentucky Veterans Hall of Fame in 2016, for his community work outside of his service.

Make it easy to keep up-to-date with more stories like this. Download the WHAS11 News app now. For Apple or Android users.