Jonesboro photographer James Bickham attended the protests in Jonesboro, Ark., documenting and taking photos of the history unfolding before his eyes. 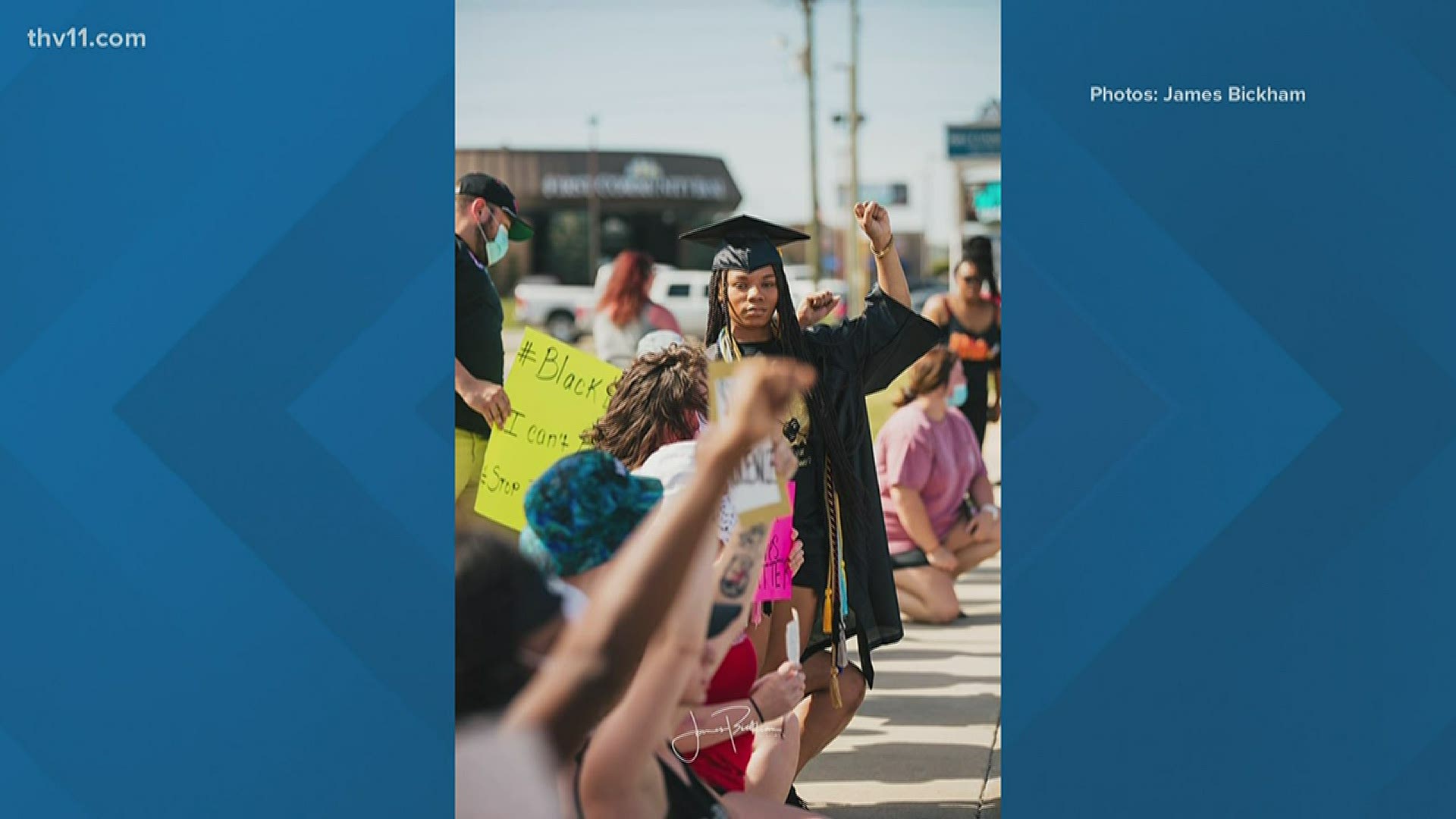 JONESBORO, Ark. — "All it takes is for one to realize...then stand up and lead."

That's the caption Jonesboro photographer left on a photo he captured after attending this week's protest.

As protests are continuing throughout the state of Arkansas, as part of a nationwide protest following the death of George Floyd, local photographers around the state are capturing history like never before.

Bickham attended the protests in Jonesboro, Ark., documenting and taking photos of the history unfolding before his eyes.

"It's some of the most powerful and incredibly beautiful photos I have ever taken," Bickman said.

On day three of the protests, he left with more than just one powerful photo of this year's graduating high school seniors.

“This photo sums up the future of the black community," Bickman said. "It isn’t jails or prisons, it’s colleges and educations. It’s taken cities to be nearly destroyed, but our voices are finally being heard by those that in power.”

Shyra Moody, class of 2020 senior at Wynne High School, is pictured in the blue cap and gown in Jonesboro's protest.

"This photo shows that I am walking for those who have lost their lives due to police brutality," Moody said, "and for my generation's — black teens specifically — future."

Bickham has been a photographer for over two years. You can follow his work and see more images from the protests on his Facebook page.

RELATED: Bentonville protesters joined in unity with man who came to guard the Confederate statue

RELATED: 'Can you pray for us too?' Woman said police officer asked her to pray from them