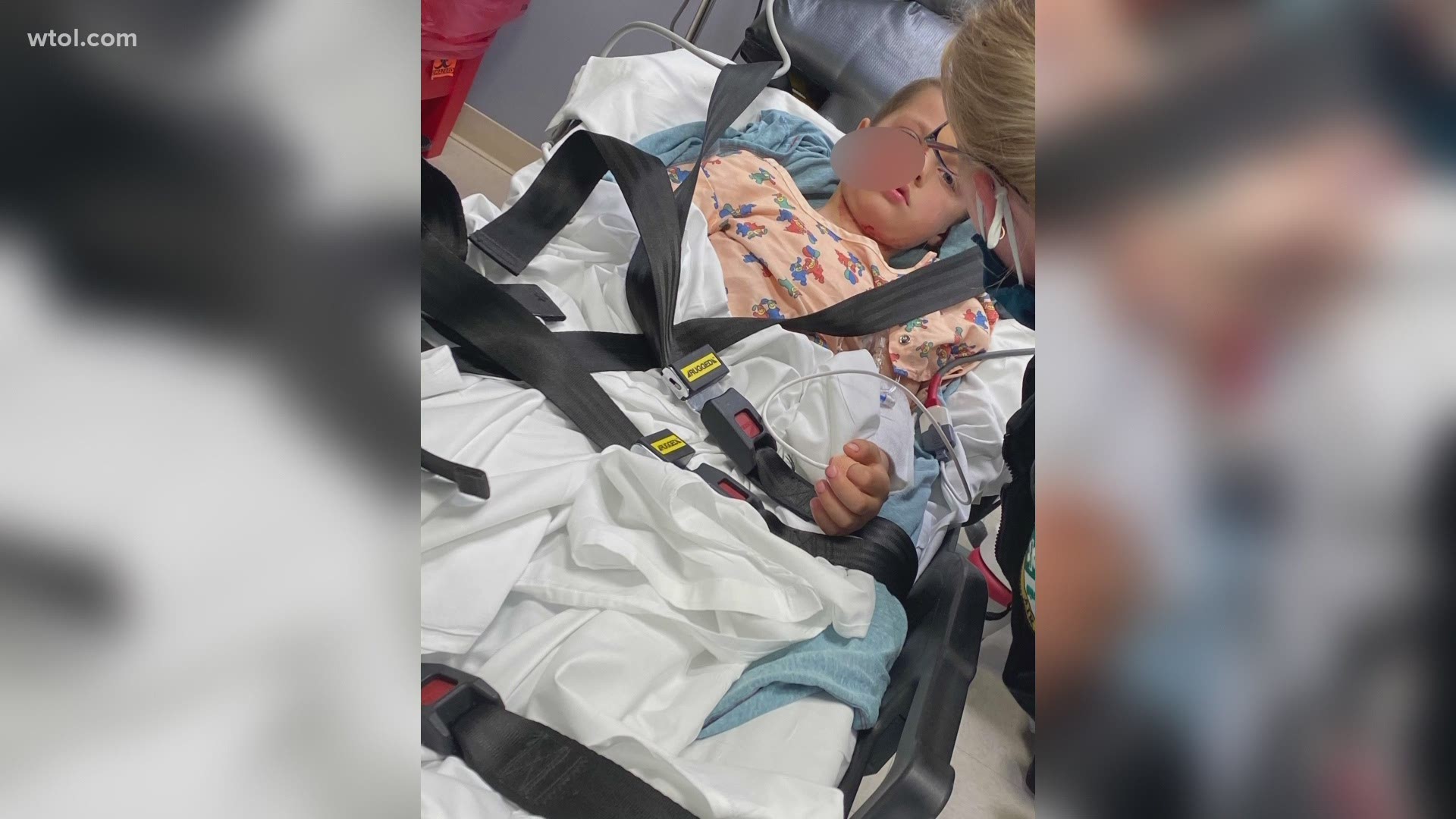 WALBRIDGE, Ohio — A 5-year-old boy from Walbridge is recovering after his mom claimed a babysitter's dog bit him.

Tristin Pruitt's son Liam grew up around dogs. His family even had an English mastiff, a large dog breed. His two dogs that his family owns now don't scare him, but dogs belonging to strangers do.

During an incident in late April, Pruitt said a babysitter's dog bit Liam in the face, or 'love nipped' him as Pruitt said the babysitter described it to her.

"I noticed it was not a couple of stitches. The whole side of his face was mauled," Pruitt said.

Liam was taken to the hospital where he had two facial reconstructive surgeries.

This was his mom's first time using this babysitter as she was in a desperate situation, and she didn't know the babysitter had this dog. However, Pruitt wants to be clear she feels it was an unprovoked attack.

RELATED: Happy ending for dog stabbed in robbery that took life of her owner

"They called the dog over out of the kennel and said, 'Liam, come here I want to introduce you to my dog,'" Pruitt said. "And before [Liam] even pet the dog, while the husband was holding the dog by the collar, the dog bit his face."

The dog was euthanized and Pruitt has this message for dog owners.

"You shouldn't just introduce your dog to strangers or force them to meet people they're not comfortable meeting," she said.

It may take years for Liam's scar to fully heal but his mom is worried about the emotional damage done.

She's reminding parents to be mindful of who they leave their children with and that includes the pets they own as well.

If you'd like to support Liam's fight, there's a GoFundMe at this link.