Finn is an 8-month-old French Bulldog. He came from a breeder who didn't think they could care for a dog with special needs. 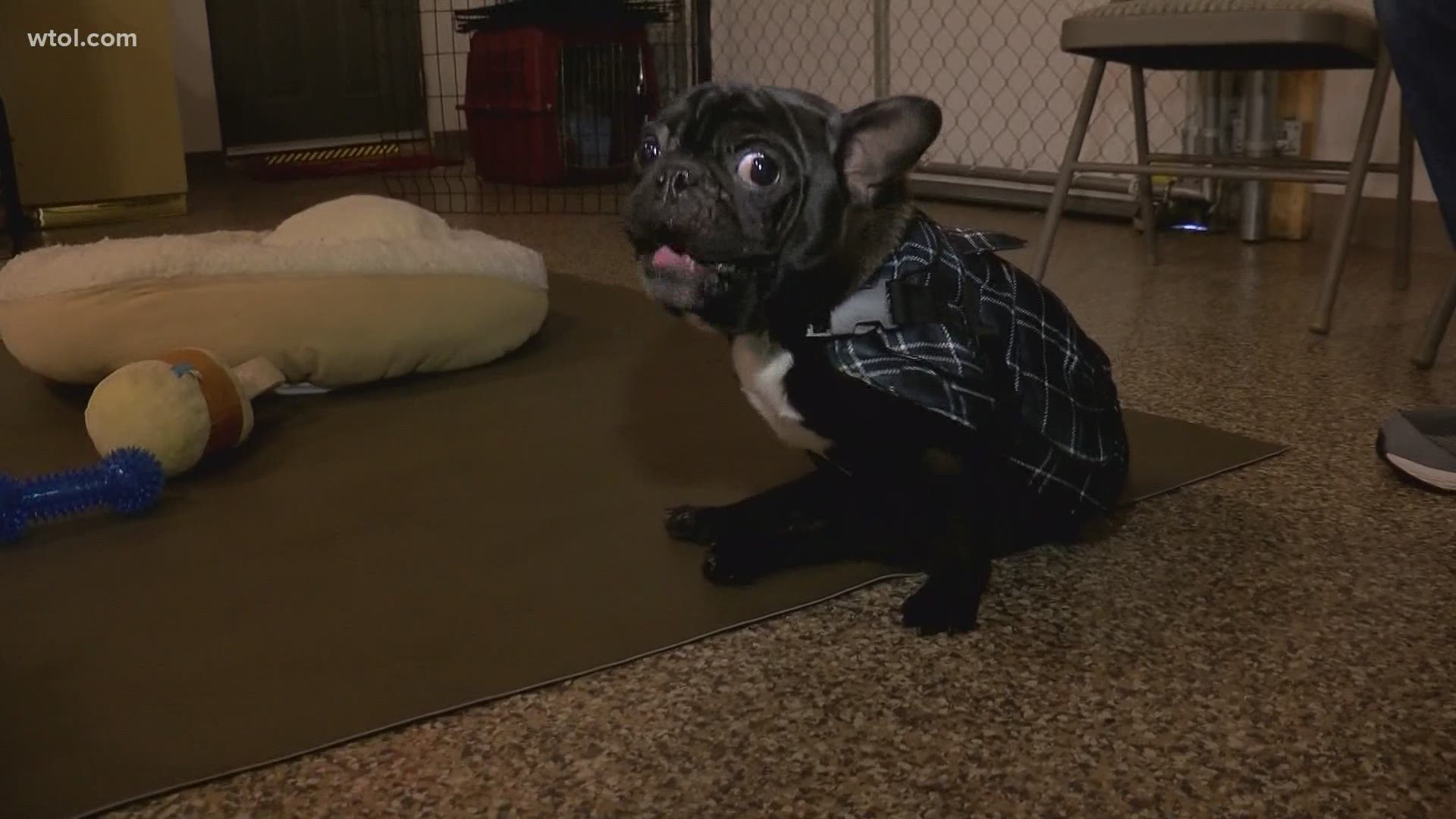 TOLEDO, Ohio — With his bow tie on and tongue sticking out ever so slightly, eight-month-old Finn got all dressed up to make his best impression.

The French Bulldog scoots around at the Lucas County Pit Crew, born without the use of his hind legs.

"It's not a common birth defect, he kind of has an "S"-ing in his spine, is what it's called," Pit Crew Executive Director Jean Keating said.

Finn's breeders surrendered him to the Pit Crew saying they didn't think they could take care of him because of his special needs.

Keating says she sees cases like Finn's about twice a year.

She explains some breeders don't pay attention and over-breed popular dogs like the French Bulldog to sell them for thousands of dollars.

Now, after getting a clean bill of health from the vet, Finn is looking for the right fit to call his forever home.

"He is a lifetime commitment and he is a big responsibility because he's not just going to get up and walk and people have to be prepared for that," Keating said.

He still enjoys playing, cuddling and, of course, treats.

The Lucas County Pit Crew is taking applications to adopt Finn now, hoping to find a family that love him just the way he is.

On Tuesday, the shelter announced it received multiple applications for his adoption; two of them appear to be potential fits for his needs. Finn is going  on a first home visit Wednesday.

To apply to give Finn his forever home, or to sponsor him, follow this link for more information.

I mean... look at the little guy go! @LCPitCrew 🥰 pic.twitter.com/DLyMpmiW6R

UPDATE: Lucas County Pit Crew believes Finn has found his forever home after adoptions poured in for the precious pup!

Congrats Finn and thank you to the Pit Crew for helping this little guy out!