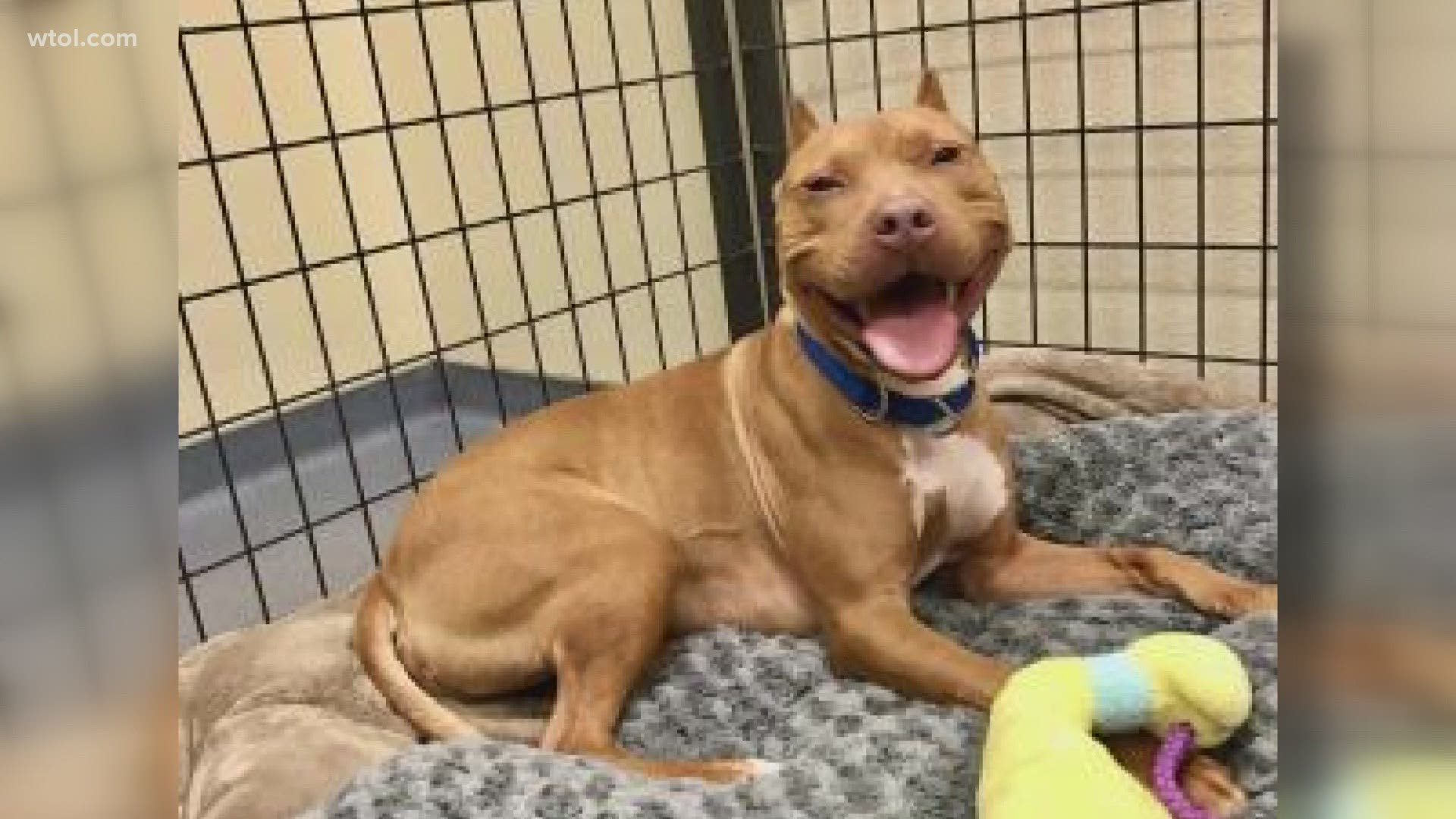 TOLEDO, Ohio — Three-year-old Ronan has been at the Toledo Humane Society since July.

Now, the longest-staying pup at the shelter is finally going to a real home.

For months, potential families walked right past Kennel number 7, where Ronan patiently waited for one of them to pick him out and take him away.

Eventually, the humane society decided they had to try a different tack. That's when they took to social media, asking for someone to help him find his forever home.

And just like that, the oft-overlooked dog had thousands of fans, commenting and sharing the story of the adorable pup.

Morgan Korecki with the Toledo Humane Society says that post had them digging through tons of applications, looking for the perfect family for Ronan.

But it had to be the right fit.

Before Ronan's lucky new owners were chosen, Korecki spelled out what kind of family they had in mind for the pup.

In case, you were hoping for a new companion in your life.

There are still plenty of other pets up for adoption.

Korecki says THS has three other long-stay dogs right now as well as several other cats and dogs.

"We're actually not completely empty but we're a lot emptier than we normally are this time of year, which I guess isn't a problem to have," said Korecki.

If you're interested in applying to adopt a dog from the Toledo Humane Society, check out their website here.