The medic was one of 13 U.S. service members killed in a terror attack this past week in Afghanistan. 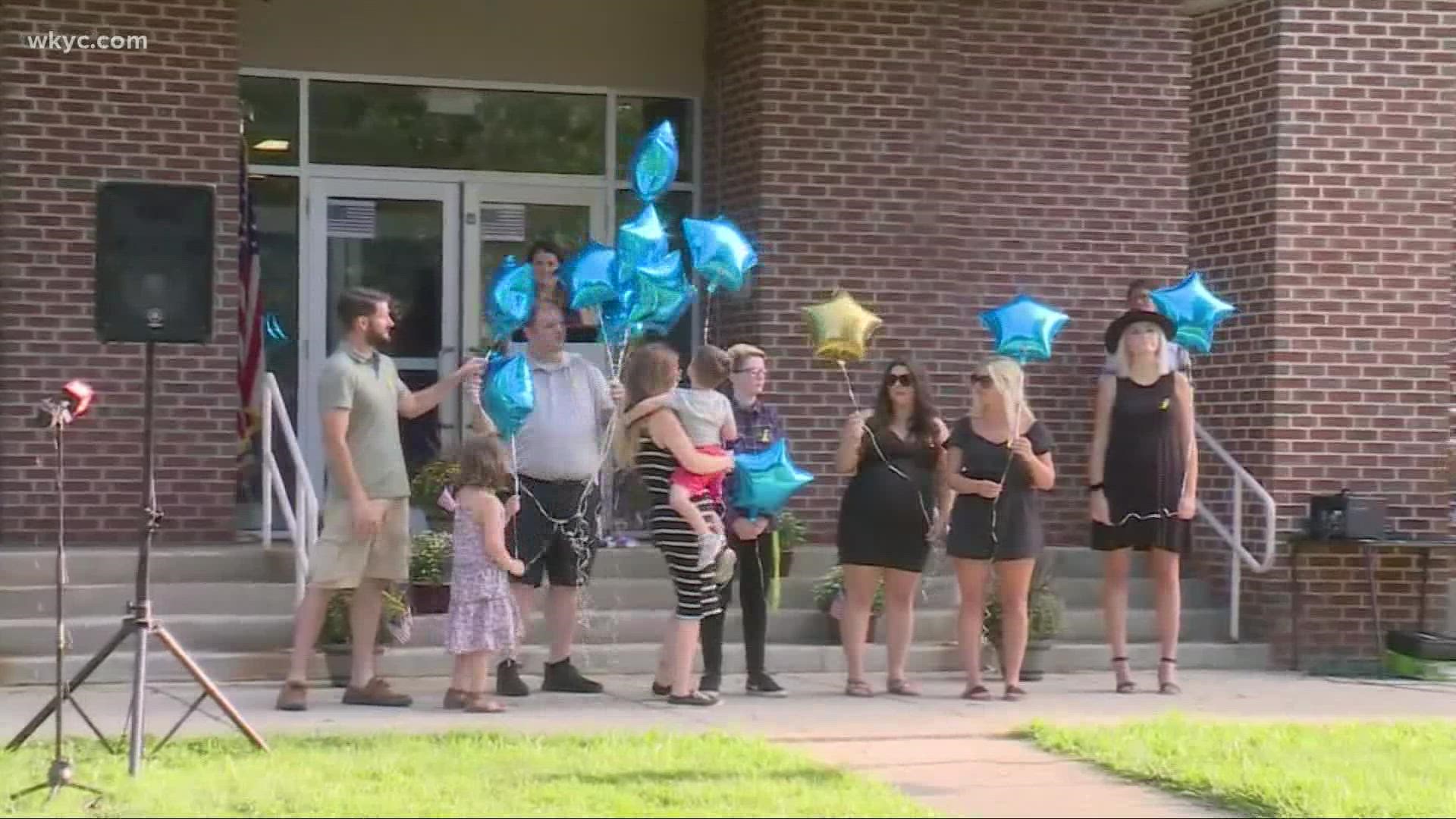 BERLIN HEIGHTS, Ohio — Family and friends gathered outside Erie County's Edison Middle School Sunday to remember and pay tribute to Maxton William Soviak, who lost his life in Afghanistan this past week.

Soviak and 12 other U.S. Military members were killed Thursday when a suicide bomber attacked the airport in Kabul, where efforts are under way to get Americans and Afghan refugees out of the Taliban-controlled country. Terror group ISIS-K has claimed responsibility for the attack, which also left dozens of Afghan civilians dead.

RELATED: These are the stories of the 13 US service members lost in Kabul bombing

One of 13 siblings from Berlin Heights, Soviak graduated was a football player and state champion wrestler at Milan Edison High School before graduating in 2017. He served in the U.S. Navy as a medic and planned to make it his career.

Max's sister Kathleen was among those who spoke this evening, thanking the community for their support during the last few days. In her words, her brother "didn't know how to do anything less that 100 percent."

"To quote Maxton himself, 'If the world was coming to an end, I don't want to close my eyes without feeling like I lived,'" Kathleen said. "He didn't live long enough, but boy, did that man live."

On Saturday, dozens gathered in downtown Milan for an impromptu vigil for Soviak, with State Rep. Gary Click serving as emcee. Sunday's event is a more formal affair, with members of Max's family expected to speak.

Hours before the vigil, the bodies of Soviak and the 12 other service members returned to U.S. soil, being greeted at Dover Air Force Base in Delaware by President Joe Biden and First Lady Dr. Jill Biden. Funeral arrangements for Soviak have not yet been made public.