'Ghost kitchens' in Northeast Ohio: How chef and restaurateur Douglas Katz adapted to the COVID-19 pandemic

Although he had to shutter his popular restaurant Fire during the pandemic, Katz has started new ghost kitchens and is optimistic about the future. 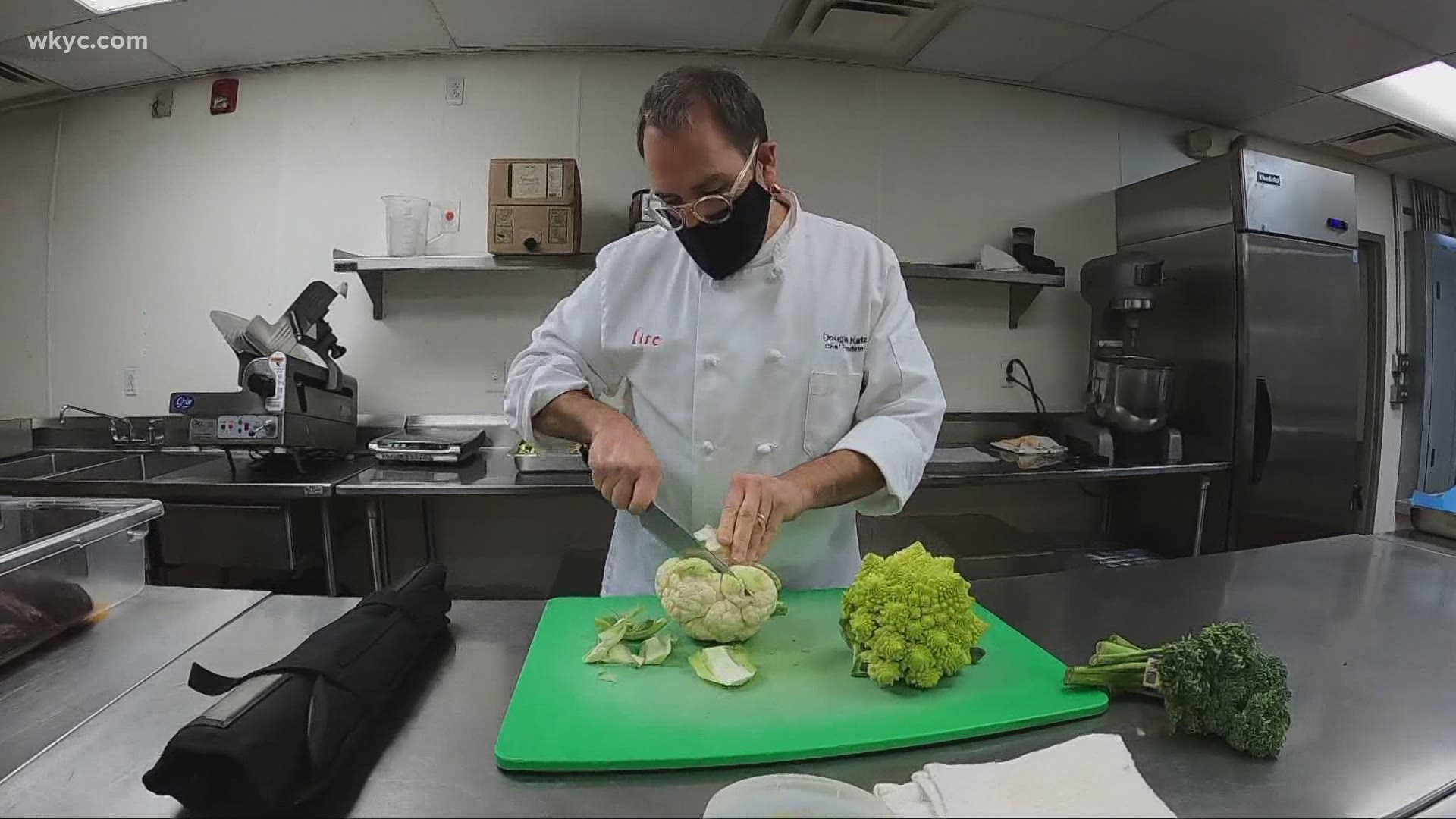 "I look at the challenges as learning experiences," Katz says in the clip. "I can’t control them, so why not look at the positive side of that and how can I look at this as a positive experience and grow."

He is also featured in a video shared on Instagram account of the Lakewood restaurant Salt +, pictured among many other familiar faces in the Cleveland food scene, speaking out about the impact COVID-19 has had on the local restaurant scene.

RELATED: He was given 2 years to live: How a grim diagnosis changed the message from motivational speaker Dr. Stephen Sroka

"I think [those videos] represent our community, it shows that we're all sort of in this together. It creates a picture for the community to sort of see what is happening," Katz said in a recent Zoom interview with 3News anchor Dave Chudowsky.

Few industries have been slammed harder than restaurants during the pandemic. The National Restaurant Association estimates more than 2.5 million jobs have been lost and the industry is down $240 billion in sales.

Katz himself had to make the tough decision to close Fire, his popular east-side establishment.

"It was very difficult, but it was the right time to do it. You know, we'd been in business for about 20 years," he said. "I really wanted to protect the brand. I mean Fire was super successful and we had a family of people who worked there over the years and I just really didn't want to hurt that reputation that we had built and and really all the memories that we had."

RELATED: Some of Cleveland's best-loved restaurants send plea for help during COVID-19 pandemic in moving video

Katz, who is known as an outside-the-box thinker, was now challenged to change the game – and he did.

With his total staff down 83 percent and indoor dining shuttered, he started two popular "ghost kitchens" Amba and Chimi last year in his Cleveland Heights catering kitchen. There's no dining room -- just a kitchen. You order online, get an address and pick it up. You can also opt for delivery if you live within their delivery zone.

"We thought we could create these concepts that we've dreamed about really, and launch them as ghost kitchens," Katz said. "I thought, we gotta do this, we gotta at least try. ... I think you have to change with the times and I'm certainly optimistic and I'm really excited for what's ahead because we've learned so much."

That’s right – despite the obvious challenge, Katz says he’s more than hopeful about the future.

"Certainly there's no death to the restaurant industry. It's just, it's going to change and there's going to be new exciting projects and flavors in our city."

So what's next on Katz's plate?

He's looking past the pandemic, and says he hopes to open brick-and-mortar locations for Amba and Chimi.

"I will tell you that we have found a space for Amba, which is our Indian concept, and we hope to launch that in November," Katz said.

"What's nice about it is we you know have the opportunity in the future to maybe do some things with Fire, but we haven't gotten that far," Katz said.

"So you're saying there's a chance the Fire could be lit again?" Dave asked.

"The Fire could be lit again," Katz admitted. "But we have no plans to do that at this time."

Sounds like there are plenty of moves ahead for this Game Changing chef and restaurateur.