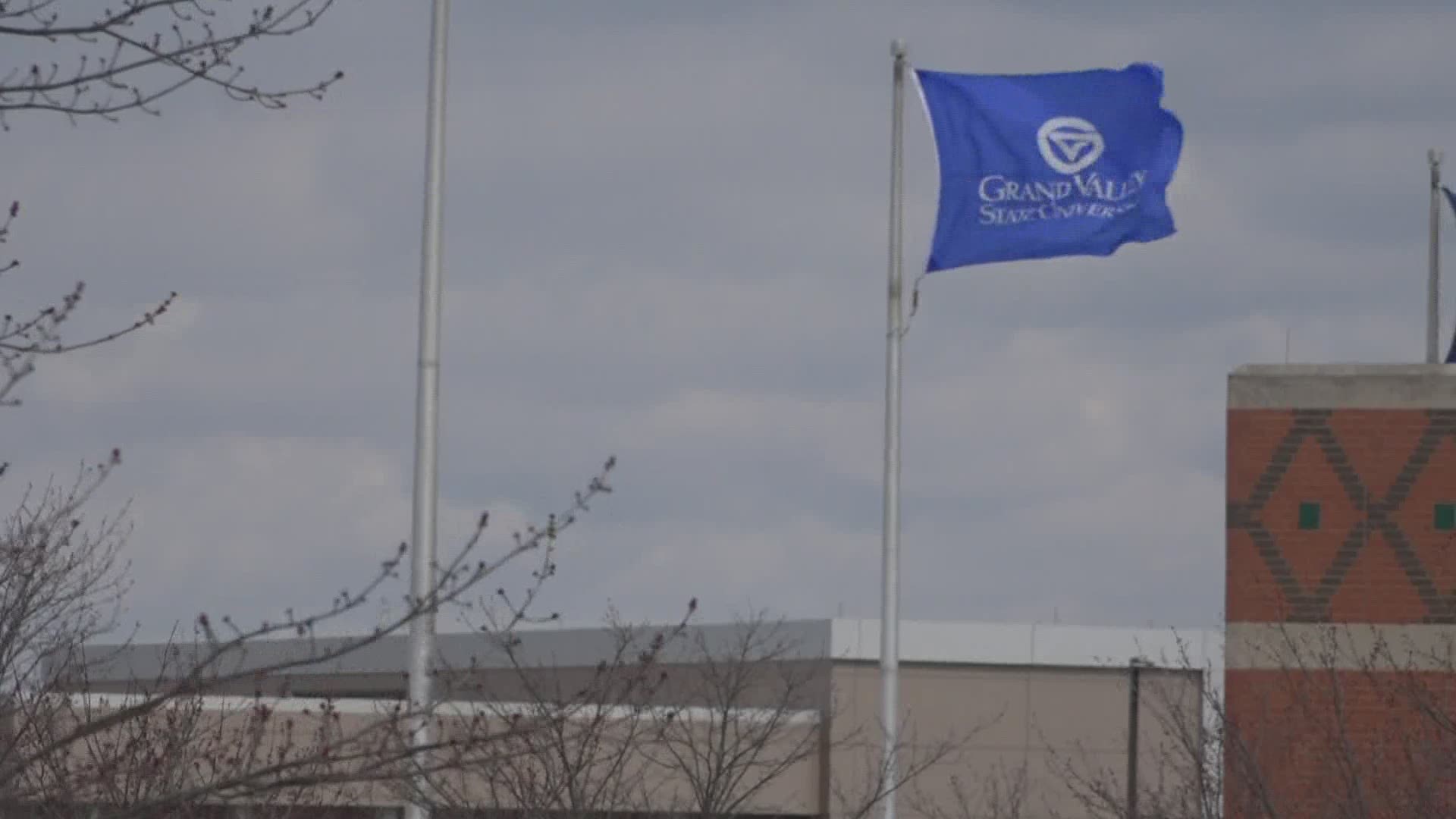 ALLENDALE, Michigan — Fundraising during a pandemic is hard. But, we've got a success story to tell you about. Grand Valley State University "Laker Effect" campaign just announced a haul of $130 million dollars. It's the most successful campaign in the University's history, made possible by more than 35,000 donors.

Especially significant when you consider the campaign has already, according to GVSU, increased scholarships, expanded the university's academic programs and facilities like the Health Campus near Grand Rapids' Medical Mile, and increased support programs for students.

University President, Dr. Philomena Mantella says, "Grand Valley has a very solid financial base, which has allowed us to provide the support our students need, while accelerating a course for the urgent and transformative changes ahead in higher education."

The GVSU Laker Effect Campaign and it's 130 million dollars gets today's One Good Thing.

If you have a One Good Thing you'd like to submit — someone or something that makes West Michigan a good place to live — email me with your photos and/or video at OneGoodThing@13OnYourSide.com.