It was a tragedy that captured the attention of Northwest Ohio, and now it's the subject of a new book to raise awareness of childhood cancer. 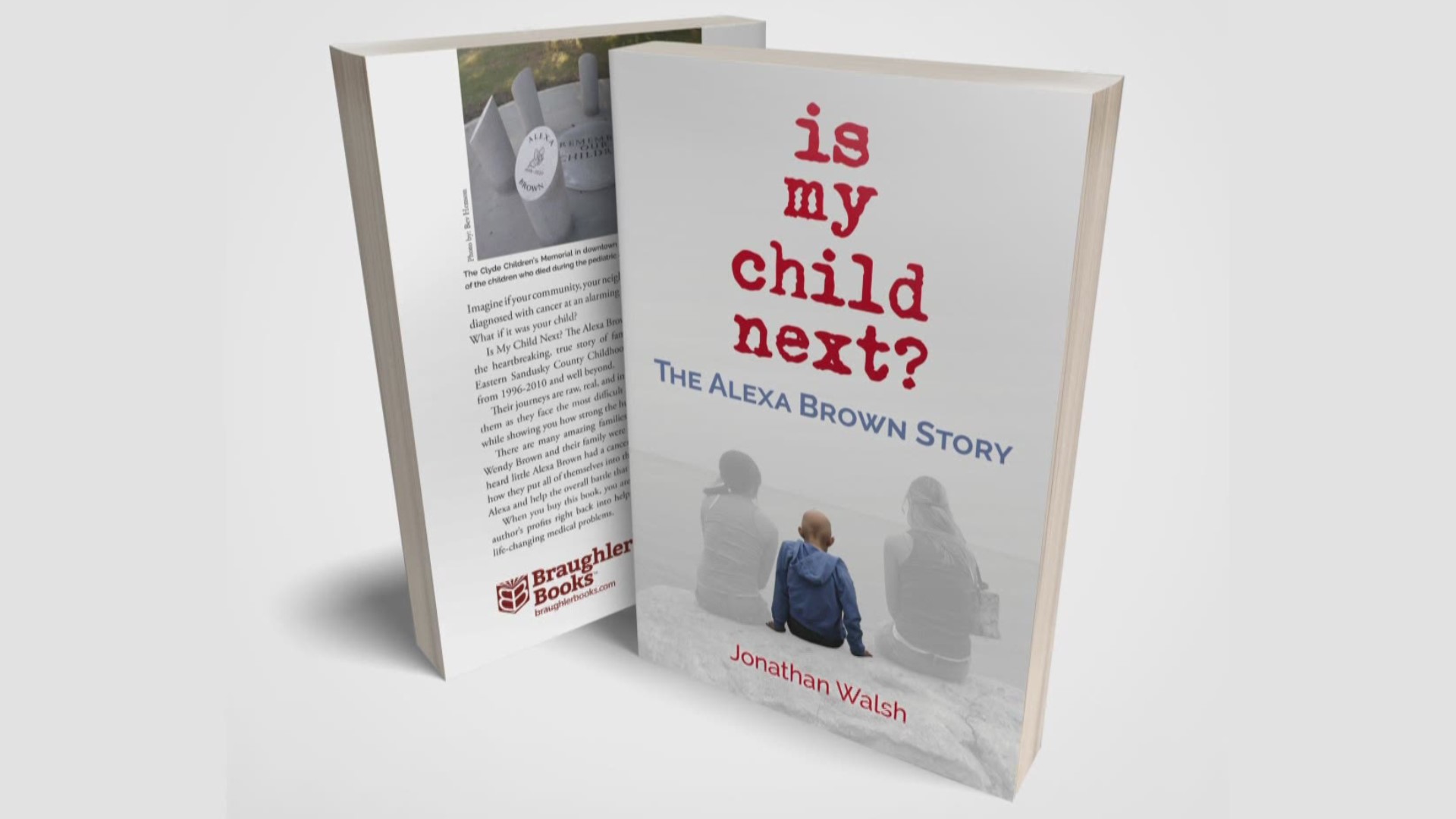 TOLEDO, Ohio — It was a tragedy that captured the attention of Northwest Ohio, and now it's the subject of a new book to raise awareness of childhood cancer.

"He had a copy of the book and as soon as he pulled it out from behind his back and I saw the cover, I just broke down," said Warren Brown, father of Alexa Brown.

Warren was talking about a new book by Jonathan Walsh that highlights the struggles the Brown family and many others went through about ten years ago.

Warren and Wendy Brown never want the spotlight on childhood cancer to dim after their 11 year-old daughter Alexa died in 2009 after a courageous three-year battle against brain cancer.

While attention on the Sandusky County childhood cancer cluster has faded, former WTOL 11 reporter Jonathan Walsh is shining new light on what happened.

He's now an investigative news reporter in Cleveland and a new author.

"It's war. It's real. You're going to see so many emotions in this book," Walsh said.

He just released his first book: "Is My Child Next? The Alexa Brown Story."

"We have gotten such a great response and people contacting us, wanting to know more. You know, 'what can they do about pediatric cancer?'" Walsh said.

Jonathan covered the cancer cluster for WTOL 11 for years, and he wrote the book to showcase the inspiring families like the Browns who lost a child to cancer.

The book is a deep dive into their heartache and Jonathan was asked if the pain that families went through was hard to write about.

"Well, you know what? As a parent myself, you start thinking about your own children. How would I react if my child got cancer?" Walsh said.

The Browns see Jonathan's book as a blessing, no matter how hard it is to re-live what happened to their daughter.

"It takes you back to when Alexa was going through all of that. And that's still, to me, it's heart-wrenching. I mean, even thinking about it makes me tear up," Wendy said.

"I hope the difficult journey that we went through makes someone else's journey maybe just a little bit less difficult as they deal with critically ill children, especially kids with cancer," Warren added.

Every dime of proceeds from the book sales go to Butterflies of Hope, Alexa's foundation.

Jonathan says there are new stories in this book that were never told on TV, like Alexa's bond with her speech therapist after her first surgery.

"She was robbed of her speech. She was robbed of singing. She loved to sing. And this beautiful bond, it is so inspirational. It is so compelling and to see how these two people come together, I mean, it's a beautiful thing," Walsh said.

The Browns hope it leads to more action against childhood cancer.

"They fight and they don't give up. And they smile and they don't feel sorry for themselves. And we should do more for our children," Wendy said, fighting back tears.

You can order the book on Amazon or on Braughler Books website.