A sister's love for her brother helps spread kindness throughout the world. 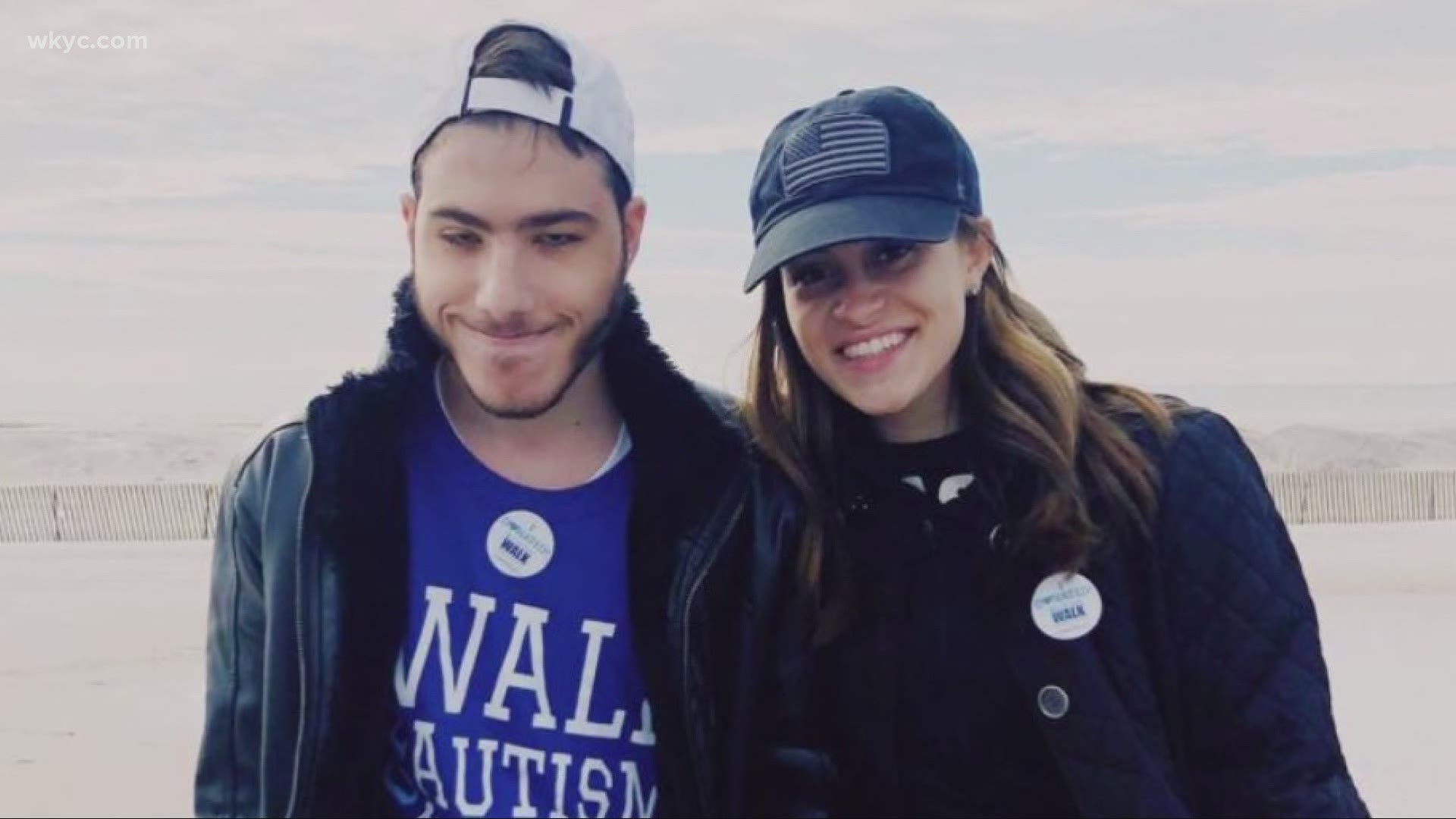 CLEVELAND — In honor of World Kindness Day, prepare to be inspired by a sister’s love for her brother.

Juliana Fetherman is big sister to brother Michael. Throughout her life, Juliana has been inspired by her younger brother’s gifts and abilities. But it hasn’t always been easy. Michael has autism and ADHD. As a result, he has struggled to make friends.

“It’s very difficult for him to make conversation, sustain conversation, even with people closest to him," Juliana explained. "Because of that, he has not been able to make many friends in his life and just has had acquaintances throughout his life. Not really any friendships."

Credit: Juliana Fetherman
Michael Fetherman has Autism and ADHD. It is difficult for him to maintain conversations and as a result, develop friendships. MAF has prompts that guide users through conversations.

Seeing someone she loved so dearly battle loneliness drove Juliana to help not just Michael, but others who struggle making friends, too.

While still in college, she began work on a platform. Its mission: Connect those with social hurdles and guide them in forging meaningful relationships.

Credit: Juliana Fetherman
MAF launched in August 2019. It grew steadily but has seen a spike in users since the pandemic started.

Making Authentic Friendships is the name. MAF for short.

“It’s about him, Making Authentic Friendships, or MAF, are also his initials. The whole thing really is like centered around him,” Juliana explained.

MAF helps teens and adults with special needs build connections with each other, based on age, Geo-location, diagnoses, as well as shared interests and hobbies. Users can create their own avatar, collect coins for completing tasks and find friends on an interactive map. There’s also a feature built in to help those who struggle with communicating.

“The conversation prompts are actually built into the chat feature and you can type a message on your own, but underneath where you type there's also suggestions of what you could say, what you can say to start a conversation,” Juliana said.

Credit: Trey Walker
Trey Walker found MAF on Instagram. He has made several friends and enjoys talking about videos, music, art and journaling.

MAF launched in August 2019. Today it has thousands of users in 40 different countries and all 50 states. The pandemic has brought a spike in numbers.

Trey Walker says MAF changed his life. So has his one of his MAF friends, Connor.

“We both have the same interests. He wears glasses like I do. He's very nice and kind to me, and he's always there to talk to me,” Trey said.

Like Michael Fetherman, Trey has autism, too. He is soft-spoken, but heartfelt and thoughtful when talking about shared interests with new friends. Hobbies like journaling, music, his electric guitar, art and making videos have helped Trey connect.

As for how MAF has changed his life, Trey can’t describe in just one word.

“The words that describe it are: refreshing, improvement, compensate, healing, freedom, friendly, peaceful and humble."

While friendship is the goal, Juliana also makes safety a priority. She acknowledges that the special needs community is particularly vulnerable to potential harm.

Credit: Juliana Fetherman
MAF is in all 50 states, in 40 different countries and 6 continents. Fetherman is launching a new app for ios and android this month.

In addition to website terms and conditions, chats are monitored by developers. Inappropriate words and phrases are blocked from chats, and any user can report another for questionable content. Developers can pull up a conversation to examine what is going on. Users are also coached and quizzed on how to stay safe online.

Fifteen months after launching, Michael Fetherman has made many friends thanks to the site the bears his initials. Juliana is not resting as she looks for more ways to help others like Michael.

“I always said from the beginning, as long as I can help one person, then it will be worth it. And I’ve helped a lot of people. I’m just humbled and so happy about that,” Juliana said.