As many people continue looking to upgrade or update their homes, the bills for building and remodeling continue to rise. 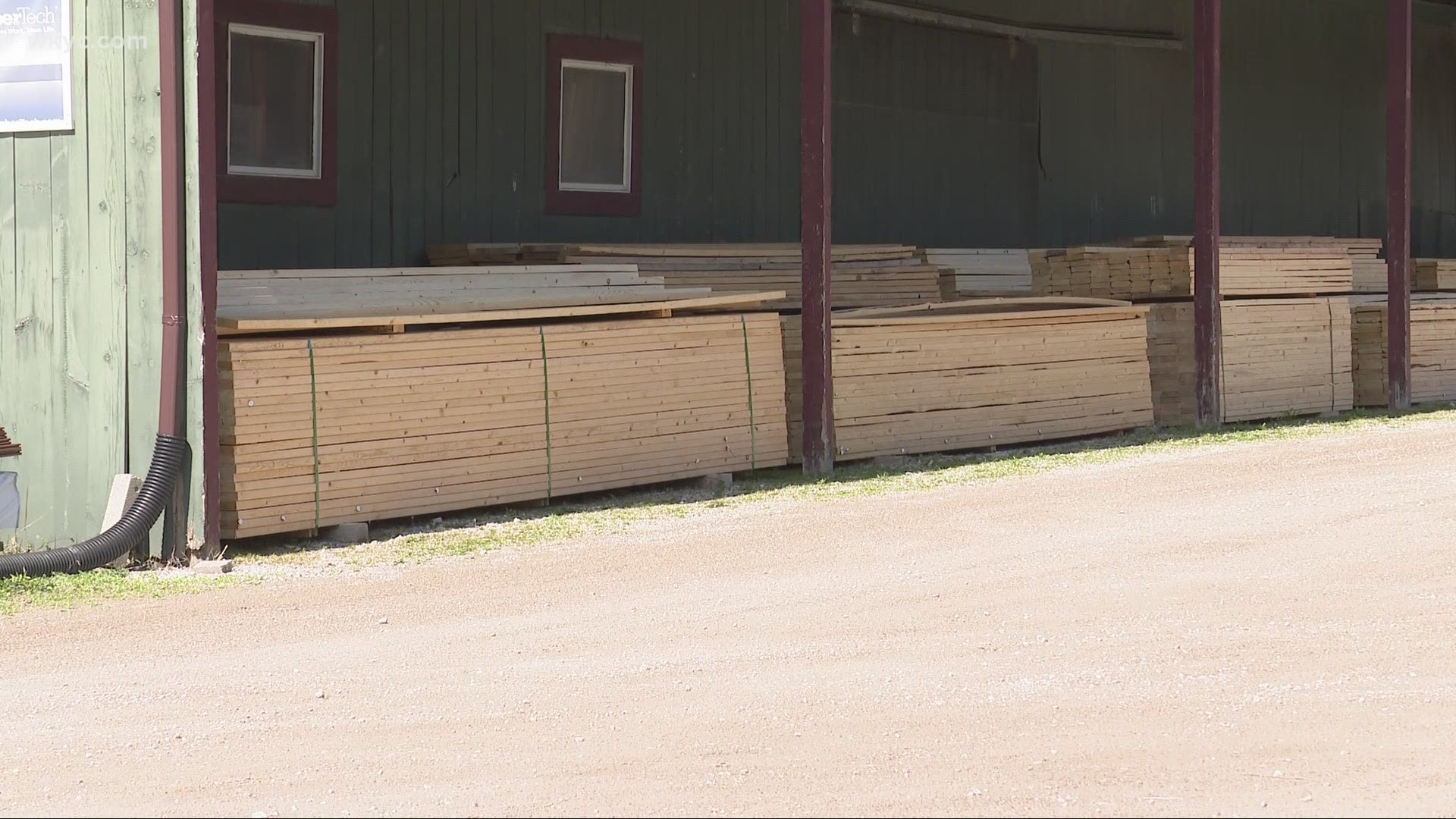 CLEVELAND — As the economic fallout from the pandemic continues to stabilize, there are still some trickle down effects that are changing the landscape in certain areas.

There's a shortage of microchips, slow downs in shipping and drastic price hikes are still happening, sometimes in rather unexpected sectors. As so many people are looking to upgrade or update their home, the bills for building and remodeling continue to climb.

"I'd say my calls in the last year are up 500%," Tori Corbo, owner of Complete Renovations by Corbo, told 3News. "I could probably take only one in 10 jobs for every call that I get."

I'’s been a busy year for Corbo, as it seems everyone is looking to remodel, add on or inject a little home improvement into their lives. Booking jobs more than six months out is a good problem to have.

"I've probably turned away a million dollars worth of work in the last 12 months," he said.

However, knowing how much to charge six months out is a different story. Renovation projects are happening all over and causing some steep price increases. Local lumber suppliers say certain products are up two to three times what they cost last year.

"[It's] supply and demand, so the demand is huge and the supply is short," Corbo explained.

The effect has hit almost all construction material. Corbo says he's seen drastic increases in metal, aluminum, copper piping, HVAC, electrical work and more. When the costs of everything rise, even by a little, it all adds up to a significant jump in a projects price.

"I feel like they could have upped their production, but I feel like they're taking advantage of the situation, too," Corbo said. "I think they could be limiting qualities of certain things, maybe to get a premium dollar."

Instead of guessing what the price of everything will be months in advance, Corbo has started giving his customers a current market price with the understanding things could change.

"We're giving them an allowance for the material, and if goes up, they have to pay the difference if they still want to do the job," he told us.

"I think there's a correction coming," Corbo said. "It could be late this summer, it could be next year. I've asked my lumber salesman before when this is going to slow down. He said, 'When people stop buying it.'"