This is the holiest month of the year for nearly 2 billion Muslims across the world. 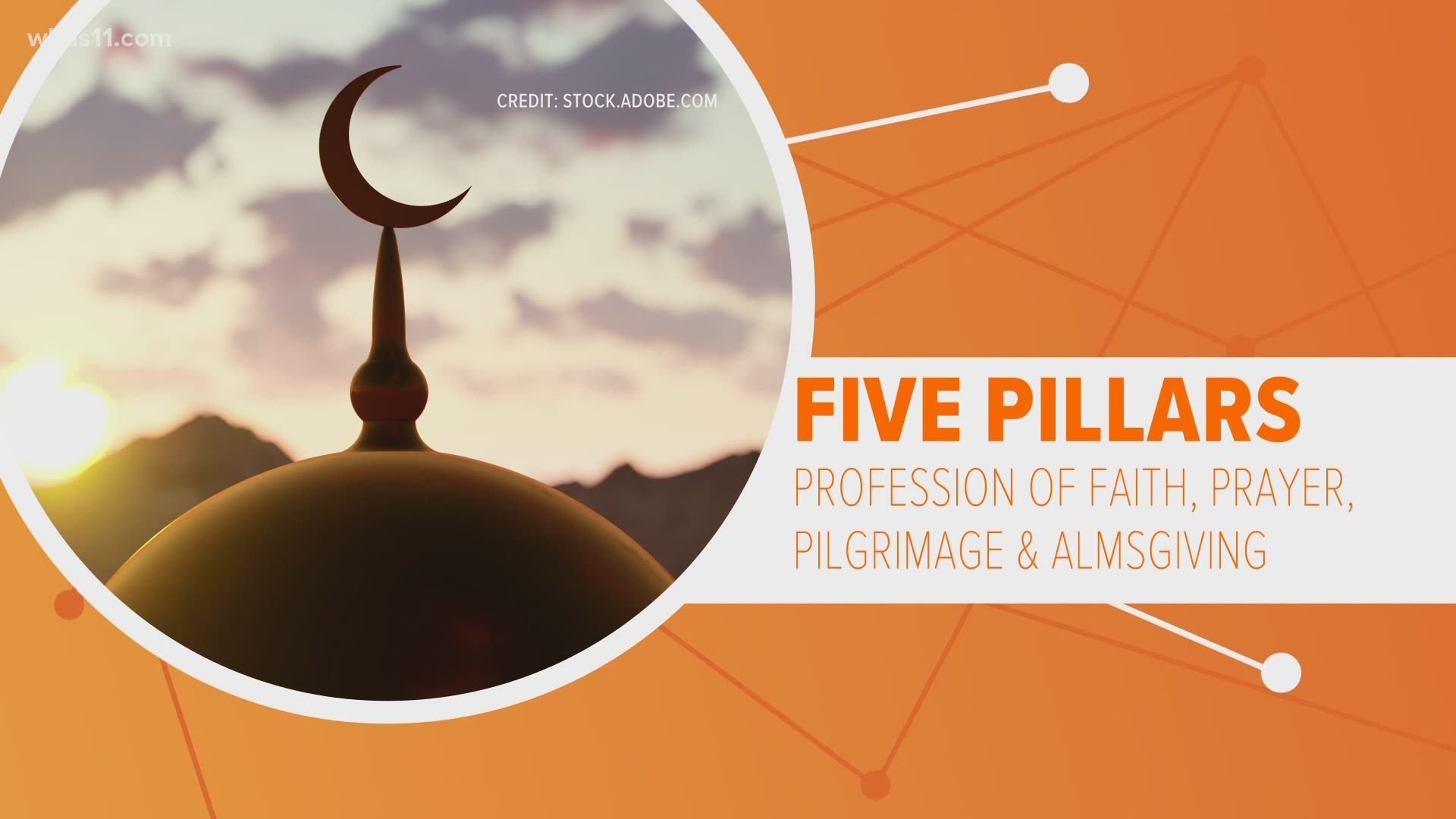 TOLEDO, Ohio — The holy month of Ramadan, known for bringing Muslims together - and for fasting - officially starts the evening of April 12 in the United States.

Ramadan is the holiest month of the year for the world's nearly 2 billion Muslims. It occurs on the ninth month of the lunar calendar and begins in the morning after the crescent moon is sighted.

After the month is completed Muslims will celebrate a three-day celebration called Eid Al Fitr - translated to “festival of breaking of the fast.”

You may be wondering what is Ramadan and what makes this month so holy for people of the Islamic faith? Ramadan is a time of spiritual reflection, self-improvement, heightened devotion and worship.

Muslims observe the month of Ramadan to mark that Allah or God gave the first chapters of the Quran to the prophet Muhammad. During this holy month Muslims fast and pray, becoming closer to God. It is also a time for families to gather together and celebrate.

Ramadan teaches Muslims to practice self-discipline, self-control, sacrifice and empathy for those who are less fortunate.

Throughout the month, healthy adult Muslims will fast for 30 days between dawn and dusk and break their fast with a traditional meal called “iftar.”

Credit: AP
Indonesian Muslims pray spaced apart as they practice social distancing to curb the spread of the new coronavirus during an evening prayer called "tarawih" marking the first eve of the holy fasting month of Ramadan at Istiqlal Mosque in Jakarta, Indonesia. Monday, April 12, 2021. During Ramadan, the holiest month in Islamic calendar, Muslims refrain from eating, drinking, smoking and sex from dawn to dusk. (AP Photo/ Achmad Ibrahim)

Of course, there are a few rules that you must follow in order to participate in the fast.

RULES OF THE RAMADAN FAST

Don't eat or drink from dawn to dusk - yes even water!

Before the sun rises, Muslims usually wake up to eat a BIG meal so that they won't be hungry during the day. This meal is called "suhoor," meaning "the predawn meal."

“Suhoor” is consumed early in the morning before prayer. If you were to travel to the Middle East, you would hear a person with a drum walking around the streets beating that drum and shouting, “Ya Nayem Wahed Al Dayem,” which means “wake up and praise God” to wake up the Muslims in the community for suhoor.

For those who don’t want to wake up early, they instead will have a big dinner before bed and, of course, not every Muslim will fast this Ramadan.

You're exempt from fasting if you're pregnant, sick with a medical condition or traveling long distances.

If you miss a fast for whatever reason, you can make up for it by fasting at a later date.

If you can't fast because of health reasons, you can donate food or money to the poor instead.

Fasting during Ramadan is one of the five pillars of Islam. The other four are the profession of faith, prayer, pilgrimage and alms-giving or giving to those in need.

Some Muslims throughout the community celebrate Ramadan through traditions passed down throughout generations.

During Ramadan you might see Muslims hang a lantern.

The lantern is called "Fanoos" in Arabic, and you may find these lanterns hanging in bazaars, homes, restaurants and hotels if you travel to the Middle East during Ramadan. The lantern is a way to make sure the candles won’t go out at night. Some say families and children use to go out at night before Ramadan symbolically carrying a lantern to light the way in celebration for the holy month.

Many families also participate in decorating their homes for Ramadan. A common decoration you might see hung up is a moon crescent and star.

The crescent of the moon signifies the beginning and end of fasting during Ramadan, though the symbol of the moon represents much more than just the breaking of the fast. It represents the guidance of Allah on the path through life, and the new moon also represents the Islamic calendar, which has 12 months each of 29 or 30 days.

Many Muslims around the world are encouraged to break their fast with a date before they eat their iftar. Dates are beneficial for those who are fasting during Ramadan because they are high in sugar and vitamins such as potassium and magnesium as well as an excellent source of fiber and carbohydrates.

In Islam, this tradition also is rooted in religious teachings of the Prophet Muhammad, who says, “When one of you is fasting you should break the fast with dates but if you cannot get any, then you should break your fast with water, for water is purifying.”

WHAT DO YOU SAY TO MUSLIMS OBSERVING RAMADAN?

So if you happen to see an Islamic friend or neighbor, now is a good time to wish them happy Ramadan - or in Arabic “Ramadan Mubarak.” Many also use the saying “Ramadan Kareem,” which means "have a generous Ramadan."