D.J. Johnson is a huge Black Panther fan. So a group of locals, a non-profit and Georgia Tech teamed up to give him a Halloween surprise 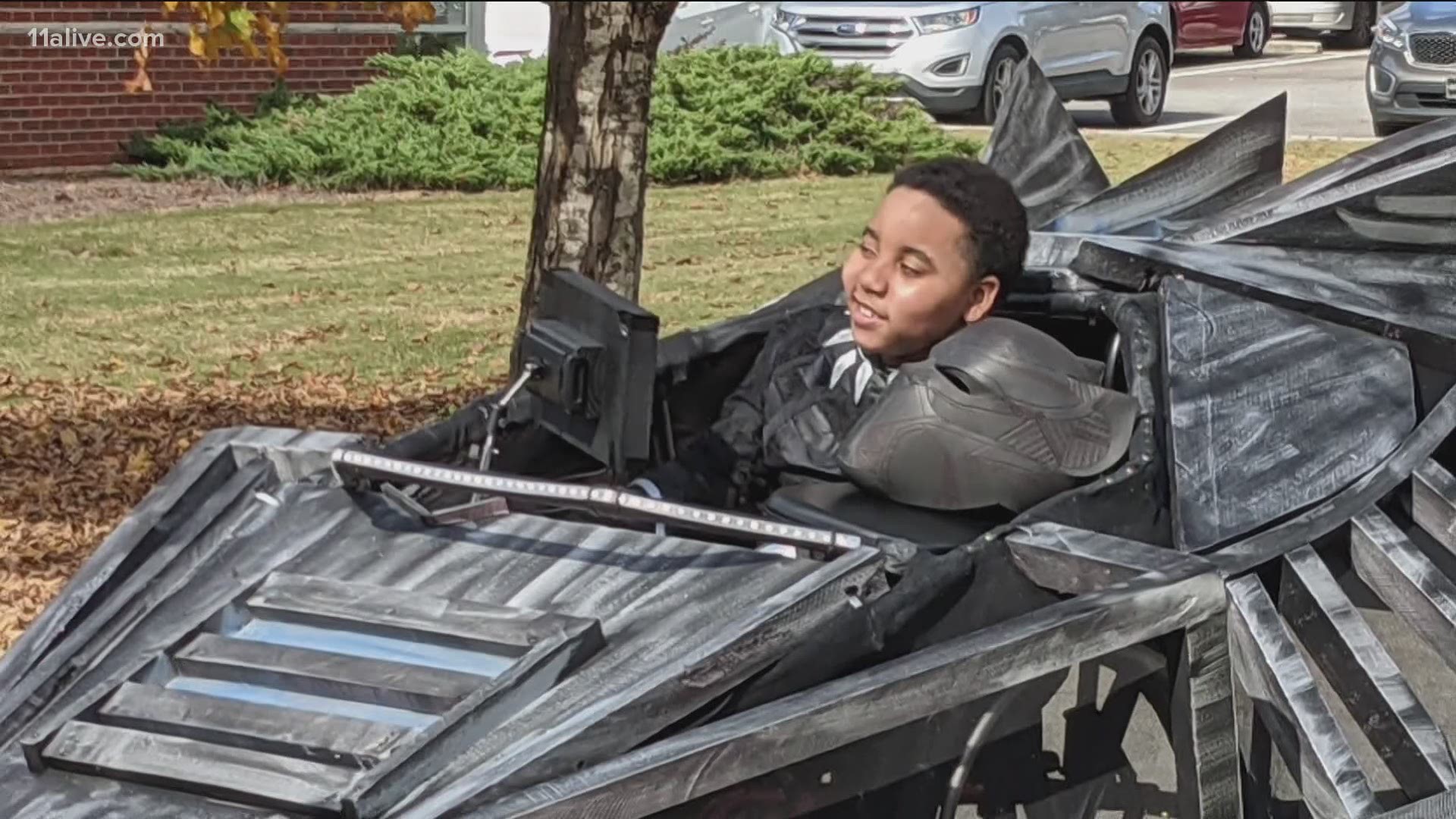 GWINNETT COUNTY, Ga. — All eyes will be on D.J. Johnson tonight after the 12-year-old was gifted the Halloween costume of a lifetime.

After surviving a near-drowning experience in 2014, D.J. began having up to 30 seizures a day. At age 9, he had brain surgery which left him with no feeling on the left side of his body.

Ever since then, he's been in a wheelchair.

D.J. has battled more than most in his first few years a life.

So. when a group of Central Gwinnett High School students and teachers reached out to him about making him a Halloween costume this year, his mom said it meant everything.

A mega-fan of the movie Black Panther, D.J.'s only request was that his costume incorporates the film. Dozens of PVC pipes, 200 LED lights, and an electronic touchscreen later, and the costume’s creators presented the Black Panther Talon Fighter-inspired wheelchair.

"He was referencing the car that Black Panther jumped on. So, we started looking at photos from the movie and we put together a simplistic design," Central Gwinnett art teacher Daniel McMillan said.

"it was amazing," D.J. said of the creation.

It took the group two months and over 60 hours of labor to create D.J.'s new ride using PVC pipes. Staff at Georgia Tech assisted with the electronics and coding of the chair.

"We just feel so blessed and grateful that they chose D.J. for this," his mom said.

The Talon Fighter was set to be delivered to D.J.'s home on Halloween morning where he will get to keep it.

Central Gwinnett partnered with the Magic Wheelchair program to make this all happen.

The national non-profit connects communities together to transform the wheelchairs of children with disabilities for Halloween.