Cancer brought Marco Kaiser and Aidan Comer together. But music has bonded them for life. 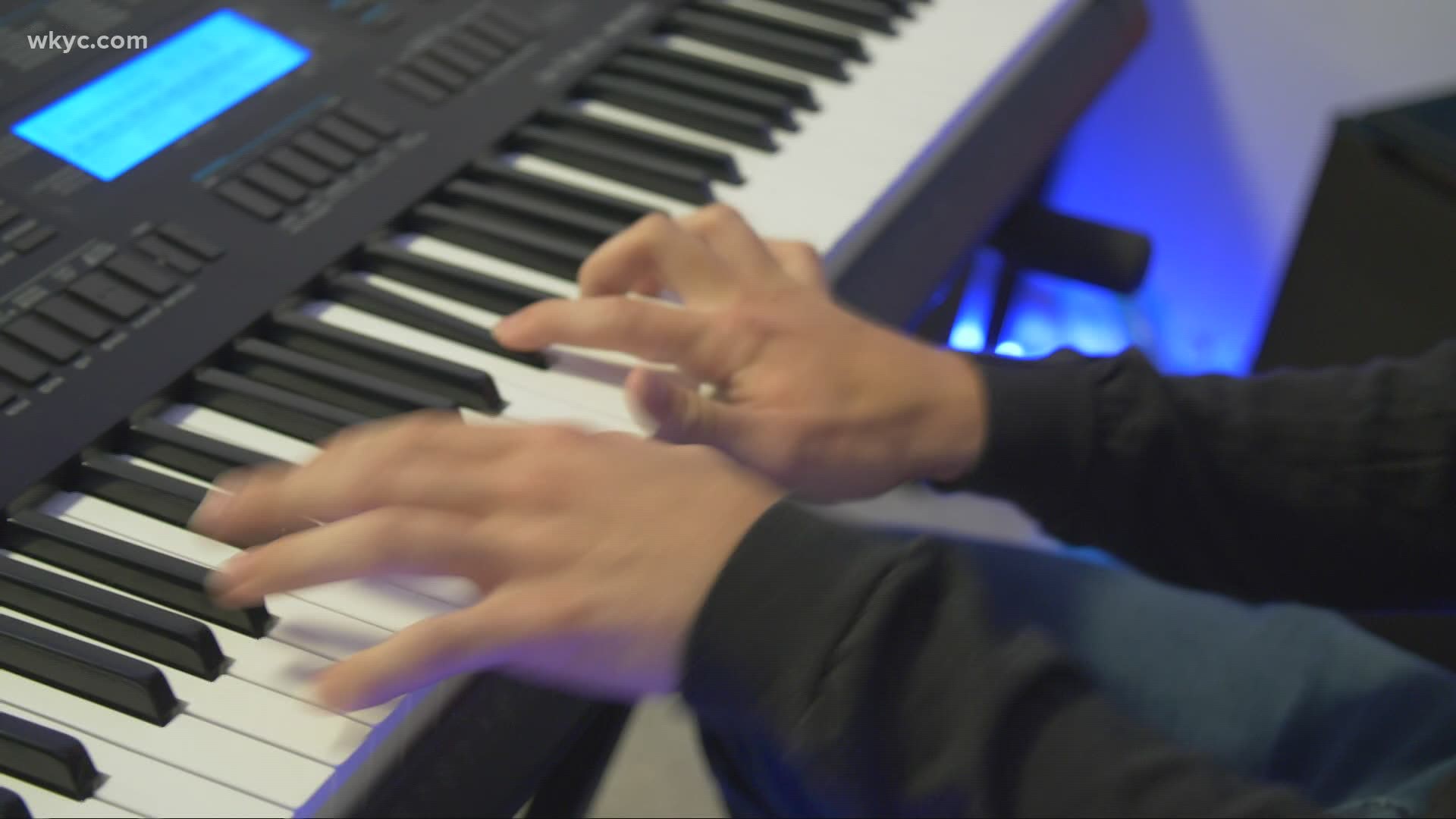 CLEVELAND — Music can take you on a ride, through joy or even pain. And sometimes, it connects you to someone in your darkest hour.

"I was diagnosed first with this thing called HLH and I had really bad fevers and chills, and I was just out of it," 19-year-old Marco Kaiser said.

"I had this terrible stomach and lower back pain," recalled 18-year-old Aidan Comer.

It was cancer for both of them.

"It was rhabdomyosarcoma, which is basically muscle cancer," Aidan shared.

"I started out with piano and then I went to drums. Drums is my main, but now I do guitar, too," Marco said.

"I've always been into music. I've been singing my entire life," Aidan said.

They were dealing with life's most challenging melody but didn't know the other existed yet. From afar, though, they were singing the same song.

Of his cancer diagnosis, Marco said:

"I kinda just went with it."

And, Aidan, had similar thoughts:

"I just kind of felt like I had to power through it and do whatever I had to do."

Chemo treatments and surgeries brought them both to Cleveland Clinic Children's. Each, longing for someone to understand.

"Aiden had expressed to me very quietly, that man, it would be so nice to have someone his age that he could connect with that was here at the Cleveland Clinic," Emily remembered. "Instantly, I thought of Marco."

"She was kind of like, 'so there's this teenager and he wants to learn an electric guitar.' Because I play electric guitar. And I'm like, 'Oh, sick. I can probably teach him something,'" Marco told us.

Marco soon started traveling to Cleveland Clinic Children's on days where he wouldn't be getting chemo, just to play with Aidan, who was receiving chemo. The two would jam out during Aidan's treatment.

Instantly, they found a rhythm. In fact, Marco was looking for a singer for his new band, Nu Gen.

"And our first song was Green Day and so Aidan sang and it was pretty good. I was like, 'well, this is pretty good!'" Marco said.

Now, they rock out with their band every week in Marco's parents' basement. It's fun for everyone but more meaningful for these two.

"I feel like me and Marco really just clicked mentally. Like, we just, we don't have to speak to each other. We just play and it sounds good together," Aidan said.

Marco wrote their latest song, "Couldn't Ask For More, " all about being grateful for lifelong friendships.

Did Aidan inspire the song?

"To be honest? Yeah, a little bit," Marco said. "You couldn’t ask for a better friendship with like Aiden and the other band members, too. But, especially Aiden. I mean, that's kind of why I wrote the song."

Cancer brought them here. But, it's music keeping them together.

RELATED: For the love of Tony: Northeast Ohio community comes together to help treasured teacher dealing with treatments for brain tumor