“I just respected him, and like I said, you don’t get a Purple Heart, for lack of a better word, being a sissy," said Tom Sullivan. 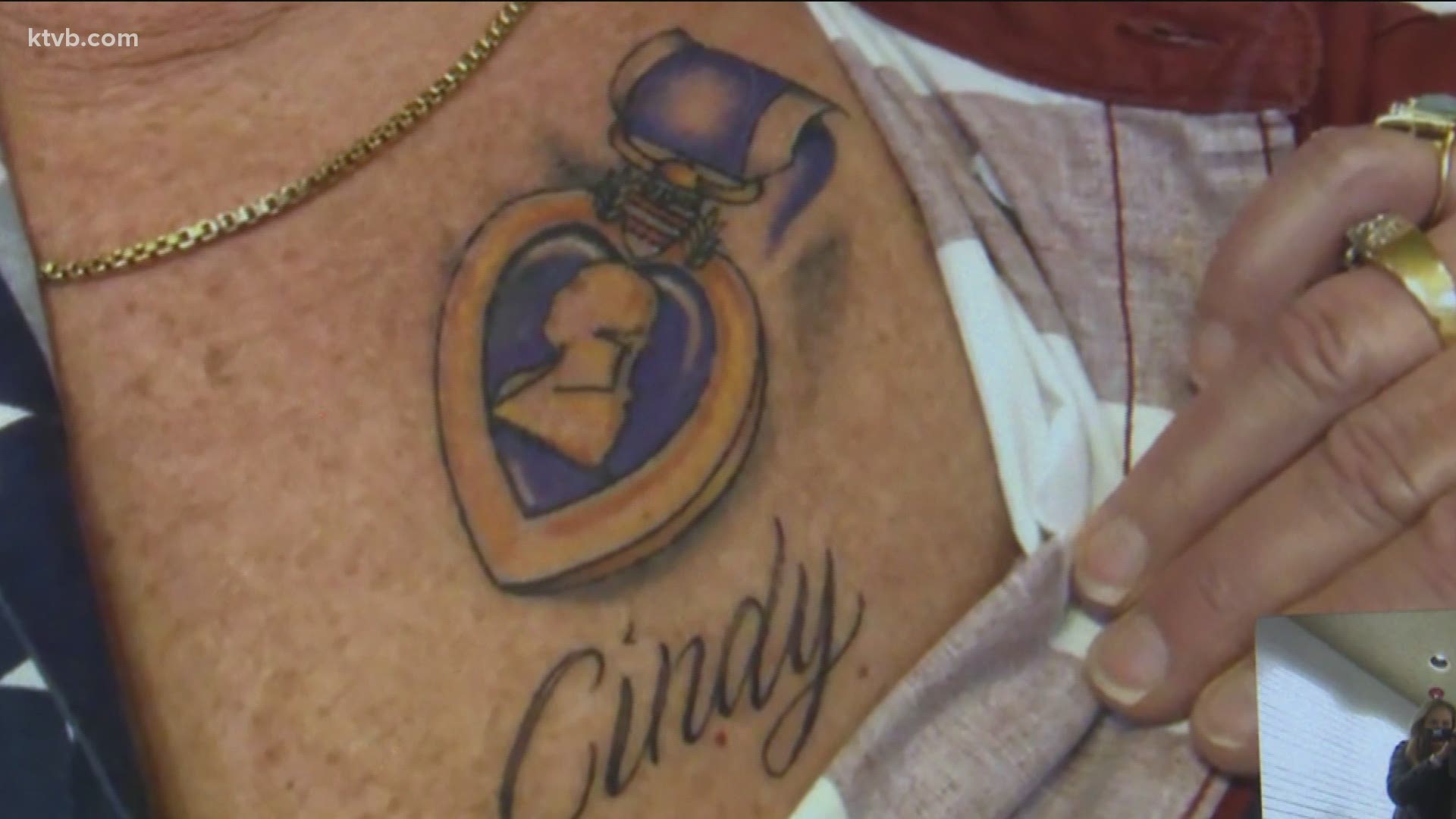 BOISE, Idaho — 72-year-old Sam Dorazio earned both a Purple Heart and a Bronze Star with Valor while serving in the Vietnam war.

After recently losing his brother and a good friend, who were both Vietnam War veterans, Dorazio decided to get a tattoo of his Purple Heart so it would be with him forever.

He also tattooed his wife's name underneath the design.

When the tattoo was finished and it was time to pay, Dorazio’s tattoo artist said the bill had already been taken care of.

“I said what? And he said yes, the gentleman sitting right there paid for your tattoo,” Dorazio recalled. “I said oh my god, it almost made me cry. That is pretty neat. Something like that doesn’t happen every day and tattoos are not cheap.”

“Just listening to him talk to his tattoo artist, Justin, the stories behind the things and stuff, and then getting his wife's name underneath it, it is just hard to explain," Sullivan said through tears. "It was just the moment and it felt right, and we did it and he was very thankful for it.”

Paying for Dorazio’s tattoo was Sullivan's way of giving thanks to a fellow veteran.

“I just told him you gave a lot for me, serving in Vietnam and stuff,” Sullivan said. “I just respected him, and like I said, you don’t get a Purple Heart, for lack of a better word, being a sissy. You get a Purple Heart and a Bronze Star for pretty much being a top of the line guy and those things aren’t easy to come by. So, it’s just my way of giving a little bit of respect back.”

“Guys like him make us think that what we did was right, and it makes me proud to have done it,” Dorazio added.

Already bonded by their years of service in the military, the spontaneous gesture is something both men say they won’t forget.

“With all the crap going on in the world, I just thought it was something nice to do for somebody,” Sullivan said.