Stow-Munroe Falls teacher runs her own marathon through students' neighborhoods

A Brecksville-Broadview Heights teacher plans to do the same on Sunday. 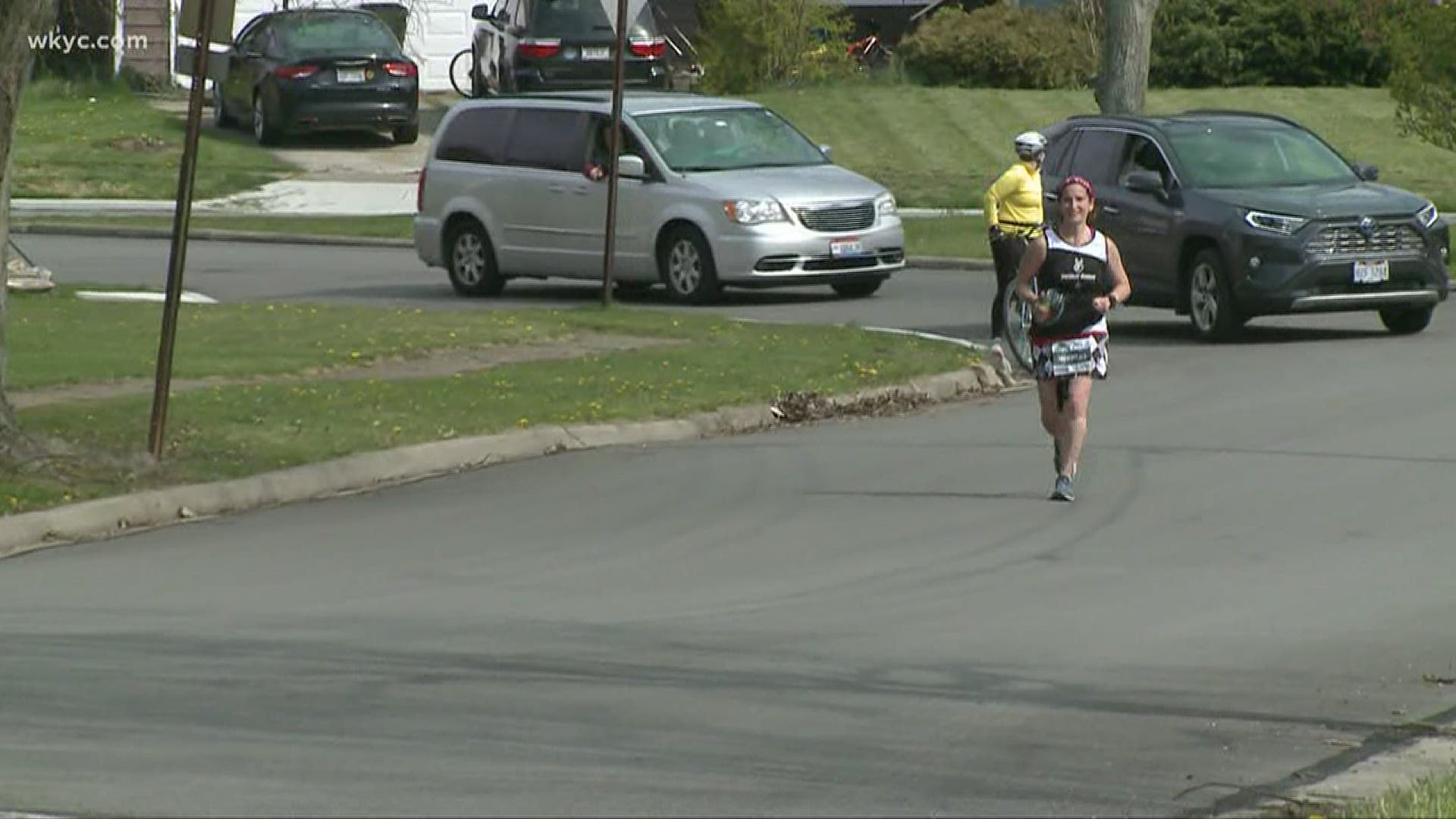 BRECKSVILLE, Ohio — A local teacher missed her students so much, she decided to run her own marathon just to see them!

Nicole Piland, a fourth grade teacher in the Stow-Munroe Falls school district, mapped out a course to run 26.2 miles through the neighborhoods of all of her students while waving to and greeting them from a safe distance. Piland says she missed the kids and felt she had to do something since schools are closed for the rest of the academic year.

"I was excited and nervous at the same time," she said. "I miss my students so much, so just the chance to see them...they always ask me, 'Run by my house!' so I was really happy to be able to do that.

Piland was going to run in the Pro Football Hall of Fame Marathon scheduled for Saturday, but after its cancellation, she decided to improvise. She isn't the only Northeast Ohioan taking this creative action: Teacher Sean Brennan from Brecksville-Broadview Heights High School will run a marathon through his own students' neighborhoods on Sunday morning, an effort to raise money for the Greater Cleveland Food Bank.

"Like a lot of teachers, it has been a challenge to find ways of keeping our students’ morale up during this stressful time," Brennan, who was also supposed to run in Canton, said. "I want to prove to my students and the communities how much I care for and appreciate them."