Jon Tosino said through all of the ups and downs, he’s had to find ways to bring joy into not only his and his family’s lives but his patients’ lives as well. 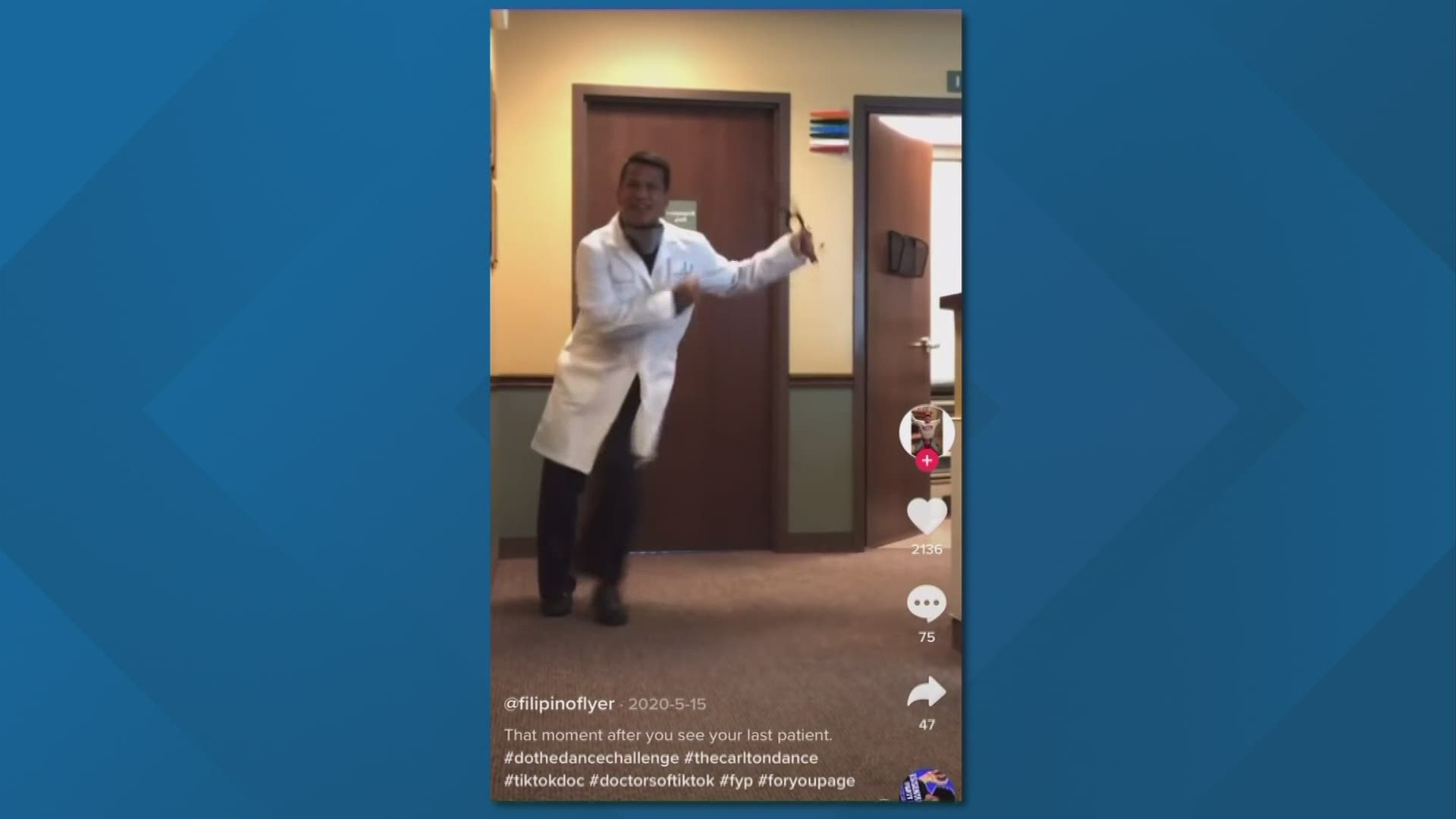 COLUMBUS, Ohio — For many in the medical field, the strain of the pandemic is felt both mentally and physically.

Jon Tosino works as a family physician for Unity Health Network in Hudson, Ohio. He’s going on 30 years in his career.

He said through all of the ups and downs, he’s had to find ways to bring joy into not only his and his family’s lives but his patients’ lives as well.

He said with that, he’s also realized the role he plays as a primary family physician.

Tosino says it can be a lot of pressure but knowing he is helping others also helps him.

During the pandemic, he spent a lot of time with his four kids and wife. Tosino said when his oldest daughter was working from home, she encouraged him to download a new app.

He told her he didn’t have time for that, but eventually caved and downloaded TikTok.

That’s when it all began.

“For me, for patients to say with everything that’s going on you made my day, it’s pretty cool it really does gives you the chills,” Tosino said.

His dancing and singing videos, which are posted not only on the TikTok app itself but also on his own social media pages, have become a big topic when patients come in.

Right now, it’s all about finding ways to cope in the midst of sadness and stress.

This is something he’s found that works for him, along with surrounding himself with his family and those he loves.

“It doesn’t have to be anything extravagant right, it can be listening to music, you know going to a game, when there were games right and I guess the littlest things like reading books, everyone has their own thing,” Tosino said.