Miracle Maverick: An incredible surgery to save a an Ohio baby's life

A devastating diagnosis & the incredible surgery that saved the life of Adrianna Mashburn's unborn child. 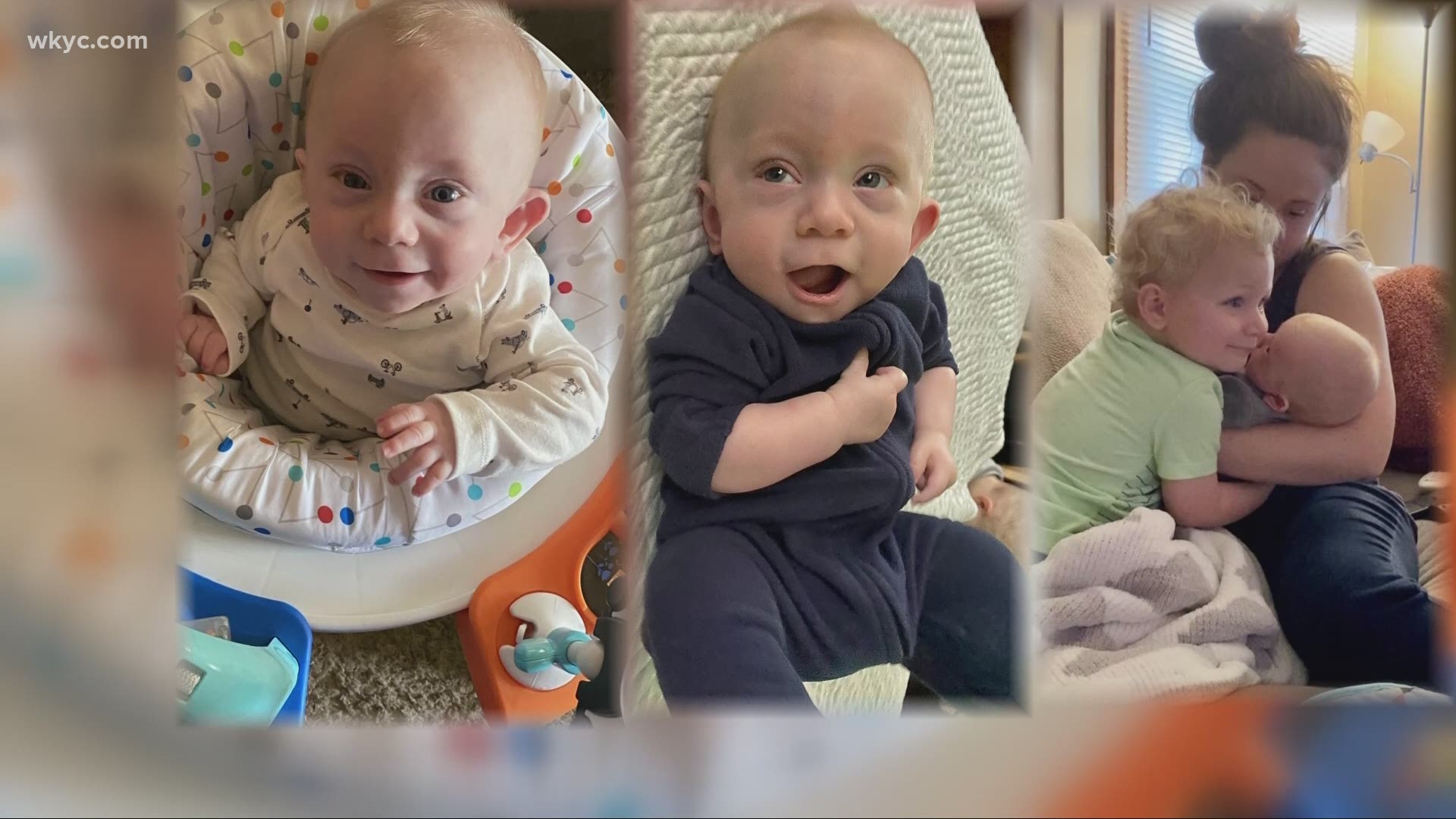 CLEVELAND — It's safe to say that the spring of 2020 was a difficult time for so many of us, but imagine being an expectant mother who just received devastating news about her unborn son.

That's what happened to Adrianna Mashburn, of North Lima, Ohio. At 27 weeks, she was feeling great. Her baby, was moving well, and, her little family -- husband Micah and 2-and-a-half-year-old son Micah Jr. -- were about to become a family of four.

"Everything felt normal," Adrianna told us. "I just felt like my stomach was a little larger than what it had been with my previous pregnancy."

A check at the doctor's office revealed low amniotic fluid.

"So immediately, they were like, 'Okay, something's wrong,'" she said. "'We need to figure out what's going on.'"

"I'm a truck driver, and I was actually in Baltimore," Michah Sr. remembered. "She called me with the news, and instead of me grabbing a load and coming back, I just dead headed back."

When Micah returned, an ultrasound confirmed devastating news: Their unborn son, Maverick, had a rare lung defect on his right side. It was a life-threatening condition called congenital pulmonary airway malformation that affects about one in 25,000 pregnancies.

“We had a conference call the next morning with the high-risk specialist," Micah recalled. "He's the one who told us, 'Listen, prepare yourself. There's like a 10% chance. Prepare for the worst.'"

“I mean, I was devastated," Adrianna added. "I felt like I cried that whole day."

Maverick would need a miracle. Adrianna's doctors referred her to Dr. Darrell Cass, Director of Fetal Surgery at the Cleveland Clinic.

“We saw this huge malformation," Cass explained. "It's not cancerous; it's just malformed tissue, but unfortunately, sometimes they grow really rapidly, and you can imagine the chest is like a closed space.

"It's fair to say that it was going to be dire and a very high probability of either dying or suffering brain damage."

The first hurdle: Maverick needed to survive in his mother's womb until it was safe enough for an EXIT-to-resection, an intricate surgery in which Maverick would remain attached to his umbilical cord for a time during the procedure.

"We have to open the uterus in a special way," Cass said. "We have to deliver the baby partially so that we can start doing things to him to try to stabilize him."

The Mashburns headed for Cleveland a few weeks before surgery. Then there was an unexpected problem: Adrianna tested positive for COVID-19.

"All of this was unfolding at 27, 28 weeks because the doctors didn't know if that had anything to do with what was going on," she said.

"Oh my gosh, I want to say it was like around five," she remembered.

Finally, on June 11, after a negative COVID test and at almost 37 weeks, it was time for surgery.

"I was definitely nervous," Adrianna said. "You can't just dwell on the negativity. Like, you have to find like the positive in the situation and just go with that."

Cass and his team were imagining success.

"What I was envisioning was opening up his chest, bringing this mass out of the chest so that there'd be more space in there for his lungs and heart," he told us. "But not trying to allow him to breathe until we had the mass out of his chest, and that's basically what we did, and it worked perfect."

Maverick, got his miracle, thanks in large part to his experienced doctor.

"So it turns out I had done this 18 times previously," Cass said, "and in every single time, the baby left the hospital and is now in kindergarten or school or running cross country."

Maverick will have a normal life.

"He can play tackle football, he can go to Harvard, he'll be able to do all those things," Cass said. "He has no limitations."

For the Mashburns, their gratitude is indescribable.

"How do you thank someone that does something like that for you?" Adrianna said.

"He gave us our child pretty much, you know?" Micah added.

"He honestly is like the happiest baby," Adrianna said of her son. "I just see him as such a fighter."

RELATED: 'This is nothing short of a miracle' | 3-year-old receives life saving heart transplant