Frankie Yglesias was playing basketball with his son at a Toledo park when he collapsed. A lesson 19-year-old Caleb Whitmore learned in school helped save his life. 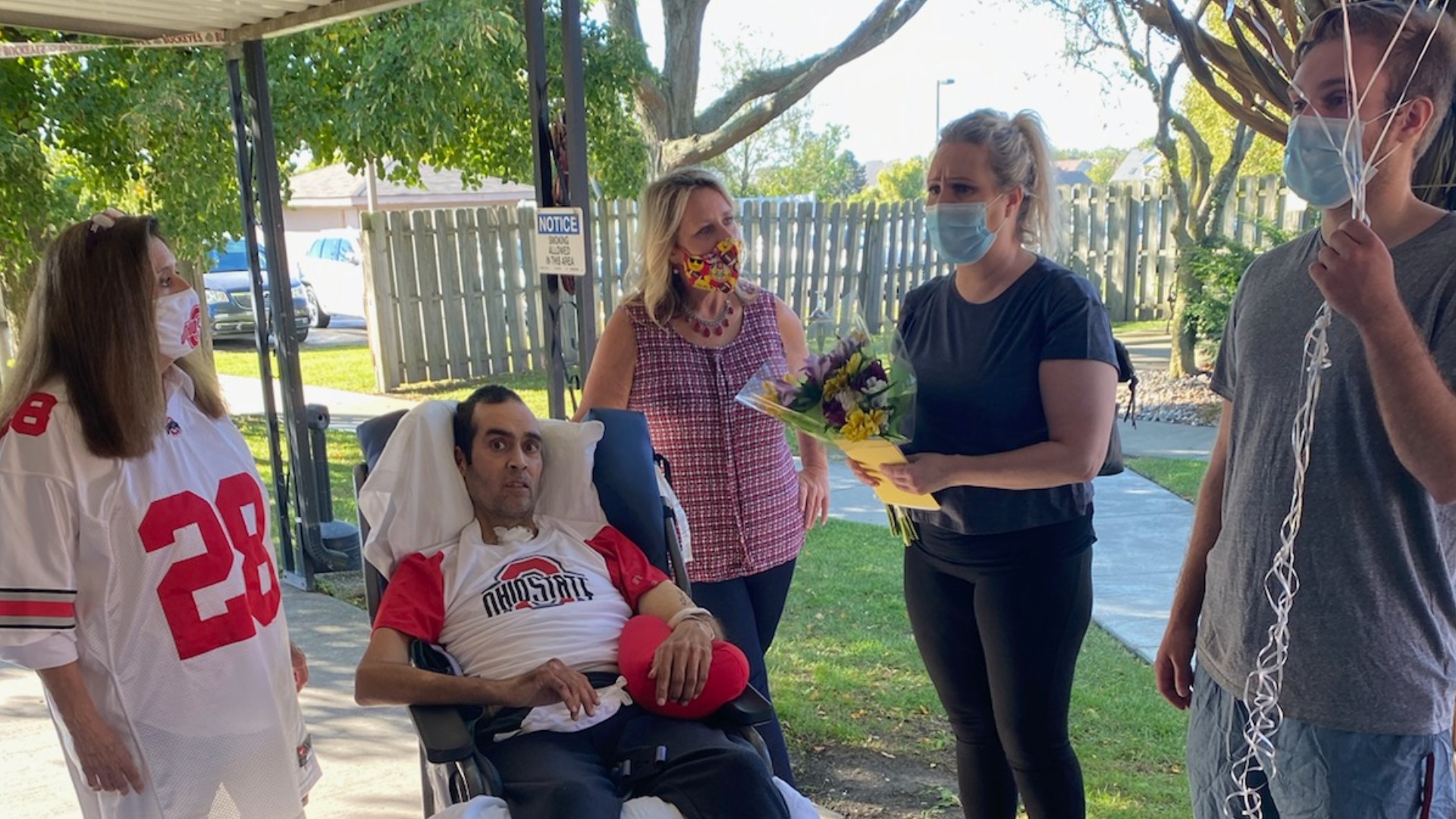 When Frankie Yglesias collapsed in July, there was a group of people around him with concern but it was Caleb Whitmore, a 19-year-old who knew CPR, that jumped in until EMS arrived.

At 19 years old, Whitmore isn't a young man of many words, but this is part of what he wrote to the man whose life he saved: "I know that sometimes life can get you down, but I believe there is good in this world and we have to put faith in that good."

Yglesias was playing basketball with his son that day. At first, his son didn't realize how serious it was.

"He thought he was playing around because he's a jokester at times and he kicked his foot saying 'come on dad, get up,' not knowing his dad was having a massive heart attack," said Yglesias' mother, Raquel Hernandez.

Caleb Whitmore was playing on the same court when it happened.

"I just started doing chest compressions on him, you know, doing the beat to 'Staying Alive' and kept doing that," Whitmore said.

He did it until EMS arrived.

Frankie is partway down his long road of recovery, celebrating 49 years of life in a time where being here is even more precious.

So his family decided to surprise him with Caleb.

"It's just so beautiful, the gratefulness, to go through all of this to say thank you, he would've done it anyway," said Joey Whitmore, Caleb's mother.

Now that the bond has been formed, the two families plan to stay in touch.

"I believe he needs to be acknowledged for his heroism. He's Frank's angel," Hernandez said.

And spread an important message.

"Definitely step in and learn CPR," Whitmore said. "I think it's a need to have to learn CPR. I wasn't even expecting that that day I had to do CPR."

It was just a quick lesson that has paid off in ways he couldn't have imagined.