Having outlived his wife and many family members, no blood relation was present to lay 94-year old Frederick "Jerry" Vossler to rest. 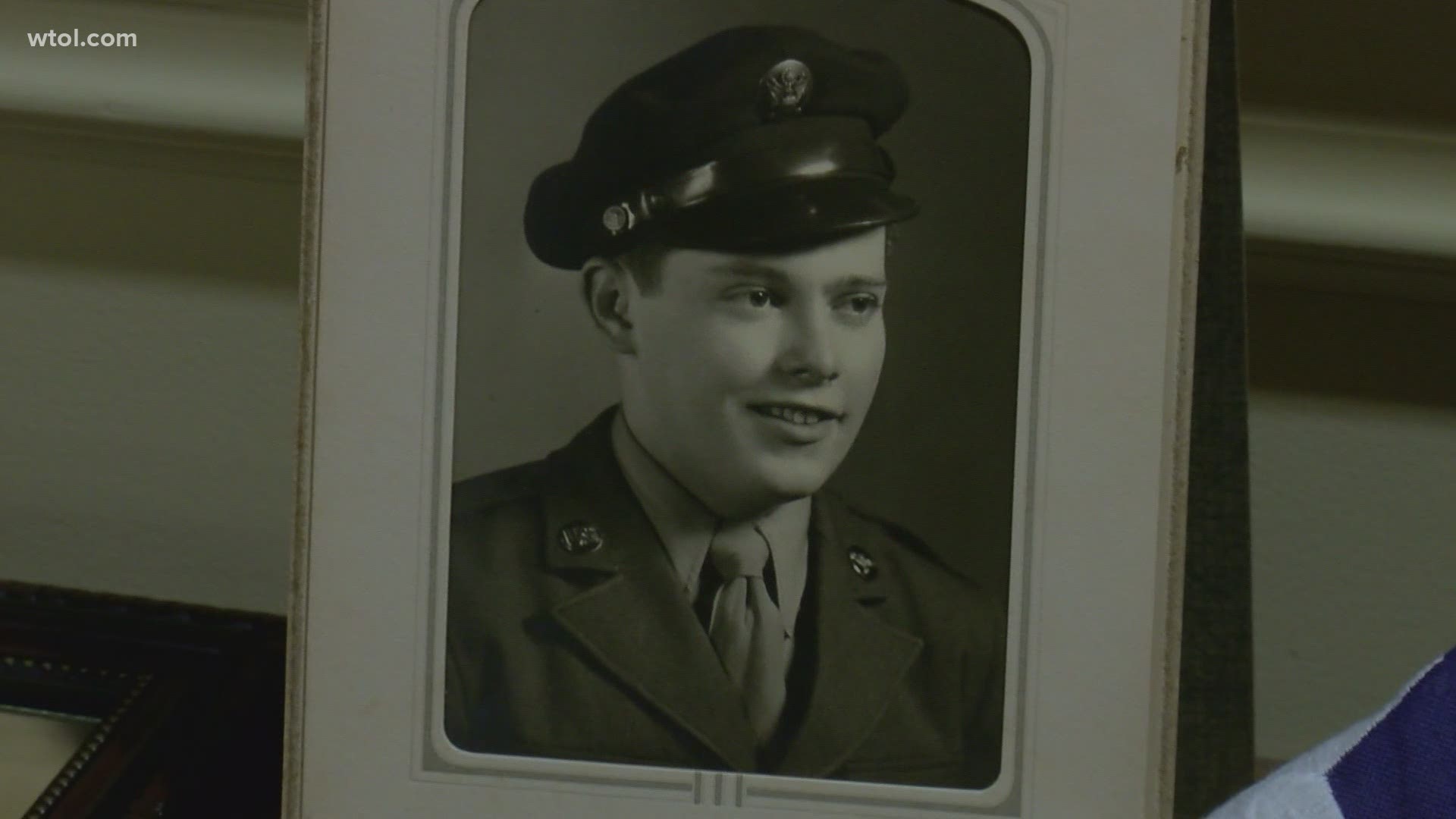 FINDLAY, Ohio — A flood of pleasant memories filled a hall in Coldren Crates Funeral Home in downtown Findlay on Saturday morning, as some 80 friends and well-wishers recalled the life of Fredrick "Jerry" Vossler, a veteran who passed away last December from congestive heart failure.

Describing the service, Casey Heilman, one of Vossler's close friends, said it was, "touching…I think touching is the right word. It's part of the reason I was tearing up so much to see support like that."

As a young man, Vossler served in World War II as a military policeman in the Army Air Corps, seeing combat on the Island of Guam in the Pacific Theater.

Having outlived his wife and many family members, no blood relation was present to lay the 94-year old to rest. Hearing about the situation through social media, local veterans came to lend their support.

Paul Snyder Jr, a former member of the U.S. Air Force, was one of the veterans in attendance.

"I think it's just important to - it's just another contribution we owe each other. I just felt honored to even be here," said Snyder.

The funeral also featured a demonstration from the Hancock County Memorial Squad, who performed 'taps' on trumpets and fired a twenty-one gun salute in the Funeral Home's Parking lot.

Larry Sudlow, one of the Memorial Squad's members, was impressed by the large turnout for Vossler.

"We was talking inside - that's amazing. That many people show up and he had no family - that's great," said Sudlow.

It's a testament not only to the dedication of the service people who came to show their support - but of Vossler himself - who valued his relationships with everyone he met, including Kathy Cramer, his nurse at the plastic surgeon's office where he had various skin procedures.

"He had touched so many lives in so many ways. And everyone who knew him, even briefly, truly loved him and admired him, and that was the kind of gentleman he was," said Cramer.

RELATED: 'I feel very fortunate to have this opportunity' | Flag City Honor Flight back for 2021

While Vossler might not have had any relatives at the end of his life - his warmth and concern for others gave him a surrogate family of friends and neighbors who accepted him into their lives.

"I think he taught me you don't have to be blood to be considered family," said Heilman, on the closeness of their relationship.

And for the veterans who knew nothing of Vossler, after seeing the impact he had on others, they say it was an honor to help lay him to rest.

"That generation paved the way for the rest of us. So many of them never got to come home - so the ones that got to come home and make an impact like Jerry on, by the sounds of it, an entire town, that's wonderful," said Snyder.