After being in remission, the stage 4 cancer is back, but Matt Loede remains positive 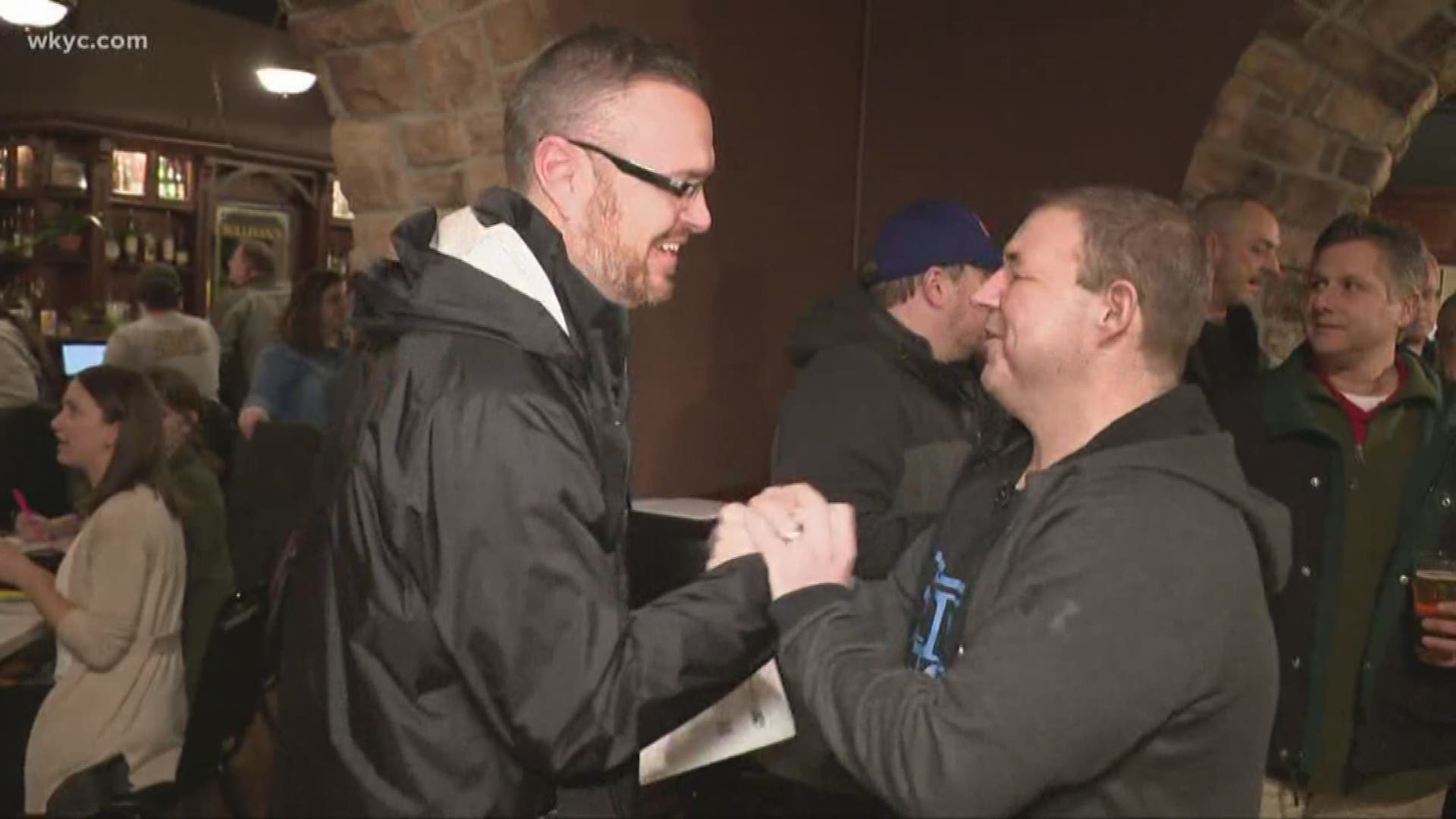 LAKEWOOD, Ohio — For 25 years, freelance reporter Matt Loede has covered the ups and downs of sports in Northeast Ohio.

“The fans are always there no matter what and I think we just have a loyal fan base,” he says.

Loede too has a loyal fan base which is something he’s likely become more aware of over the last seven months.

“You can’t put into words how good it feels to see so many people in your corner.”

He’s received overwhelming support from colleagues, family, friends and strangers after being diagnosed last May with stage 4 lymphoma in the kidney, pancreas and stomach.

“It’s not the actual organ that’s infected it’s the blood cells in that organ,” Loede explains.

With support, he fought the disease and won.  Loede was in remission for a couple of months but in December the back pain he felt was anything but routine.

“As my wife says, the disease is stubborn like I am.”

The cancer is back but Loede continues to stay positive.  He wears a shirt that reads #LoedeStrong with his favorite bible verse, Romans 12:21.

“Be not overcome with evil, overcome evil with good,” he recalls.

“There were a couple of dark days, I’m not going to lie, what I kept trying to keep in prospective was we did it once, we can do it again.”

Relying on his faith Loede believes there is a purpose to this diagnosis.

“I’ll fight it and at some point we’ll be back in remission and we’ll celebrate a victory,” he says.

“Part of my life is going to always be connected to this and hopefully I can help others along the way.”

NOT A SURPRISE: Indians’ Mike Clevinger knew ‘something was going on in Houston’ for years