Turnout at the event far exceeded the expectations of the group of four Anthony Wayne student-athletes. 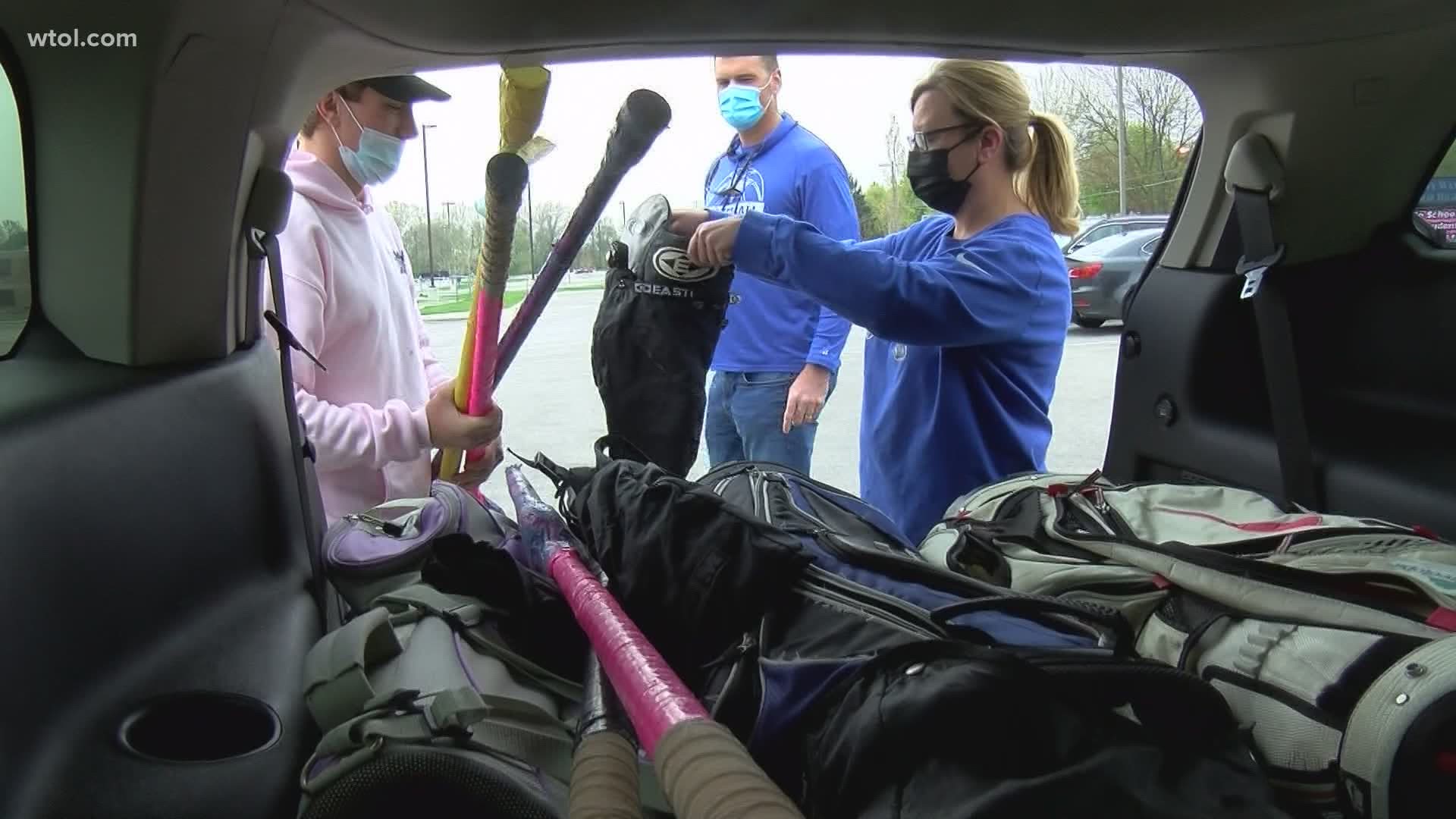 WHITEHOUSE, Ohio — What started as a class project for four Anthony Wayne students turned into a community-wide effort to collect sports equipment for local youth.

And the group of student-athletes who came up with the idea was taken by surprise by the community’s response.

Ethan Gaylord, Jacob Kane, Zack Conrad, and Evan Anderson all play sports. It's a huge part of their lives, and they don’t take it for granted. All four know playing sports can be costly.

A couple of months ago, the group started talking about an equipment drive as part of a community engagement class project, so they teamed up with Uplyft Toledo on a project that came to life on Saturday.

“We are all sports players and we thought, sports are expensive and every kid should play sports, no matter how much it costs to play. So that’s how we came up with the idea,” said Kane.

After spreading the word on social media (and in an interview with WTOL), the group expected a good turnout, but nothing like what they eventually saw.

Car after car, dropped off anything from bats and balls to clubs and skates, helping to fill up the athlete’s truck quickly.

“I expected a decent outcome, probably about 50 to 60 cars. But we already had that in an hour,” said Gaylord.

All the donations will be taken to Uplyft Toledo for underprivileged kids. The guys hope sports can impact other youngsters' lives just like it did theirs and are grateful for everyone that came out to donate.

“It was a good feeling bringing the community together and helping underprivileged kids have the ability to play sports,” said Gaylord.

In less than two hours, the athletes collected so much equipment that not only did they fill up one truck, they needed to bring in another.

No matter the grade they receive on the class project, they can all feel good about the difference the donations will no doubt make in the community.

“It feels good because we all enjoy sports and every kid should have the chance to play sports just like us,” said Kane.