"It just made me think that as my mom was rising she was sending a new life." 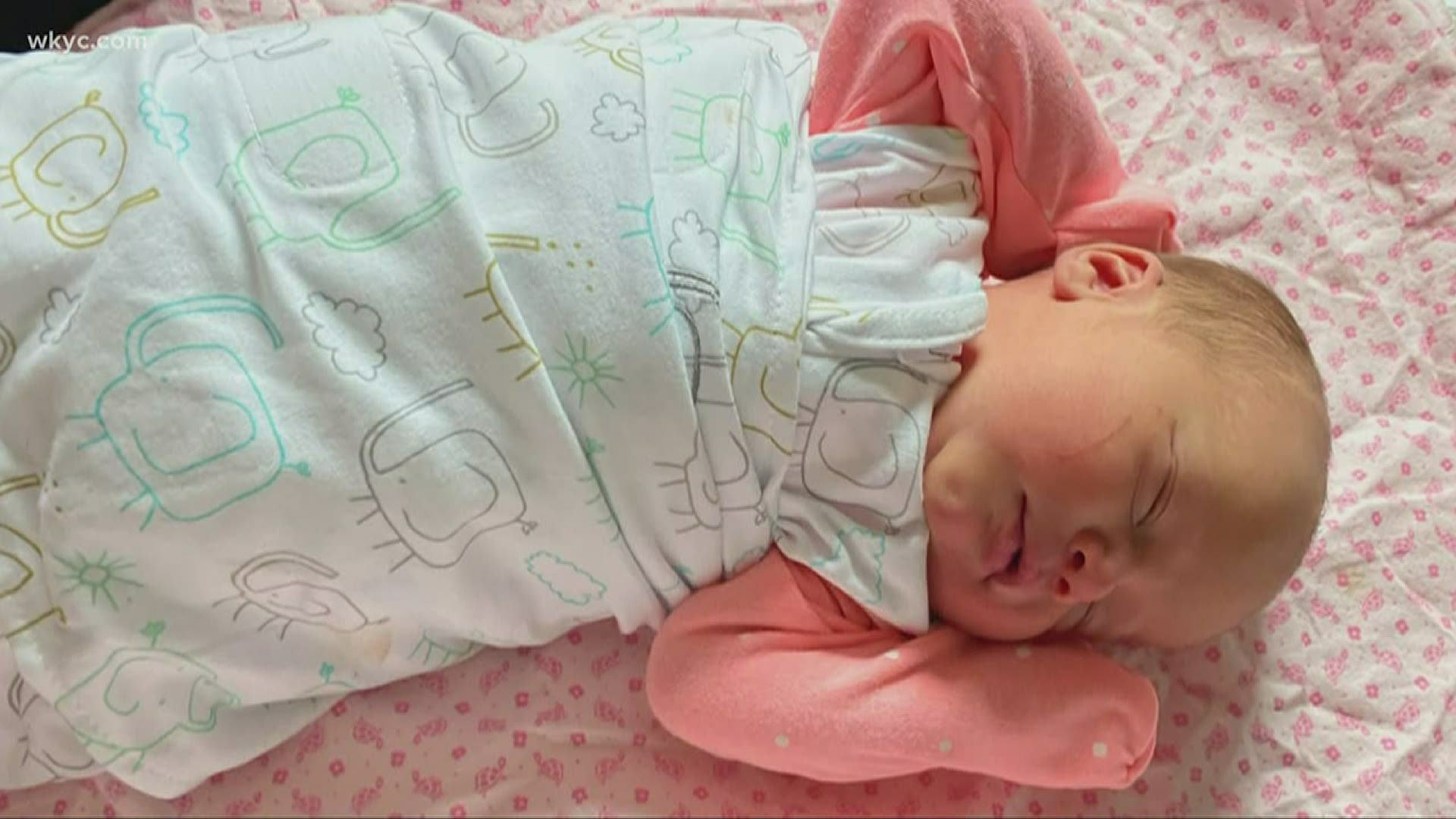 NORTH ROYALTON, Ohio — This is a difficult time for families who are dealing with COVID-19, especially those who've lost a loved one to the virus but a North Royalton woman is finding hope in her grief.

“It was very fast, it was horrible to see, we stood outside that window for about seven hours then she was gone,” says Suzanne Shaw who lost her 95-year-old mother to the virus.

“It was so hard too because no funerals, no viewings, no anyway to properly process or gather was very difficult,” she explains.  “So, when my daughter called and said that she was having the baby that helped.”

However, Suzanne's daughter Brittany was in labor an hour after Elizabeth died, which was a week earlier than expected.

“It just made me think that as my mom was rising she was sending a new life.”

Shaw calls it a miracle.

Magnolia Demetra Clark was born a day later at home. For protection, her grandmother could only see her through a window as well.

Her middle name comes from the nurse who cared for Walker in her final days.

Shaw says she and nurse “Dee” have pledged to be friends beyond this situation.

RELATED: State of Ohio releases some details on COVID-19 cases in nursing homes after 3News investigation