93-year-old Eleanor Gay doesn't participate in many races. In fact, this is the only one. 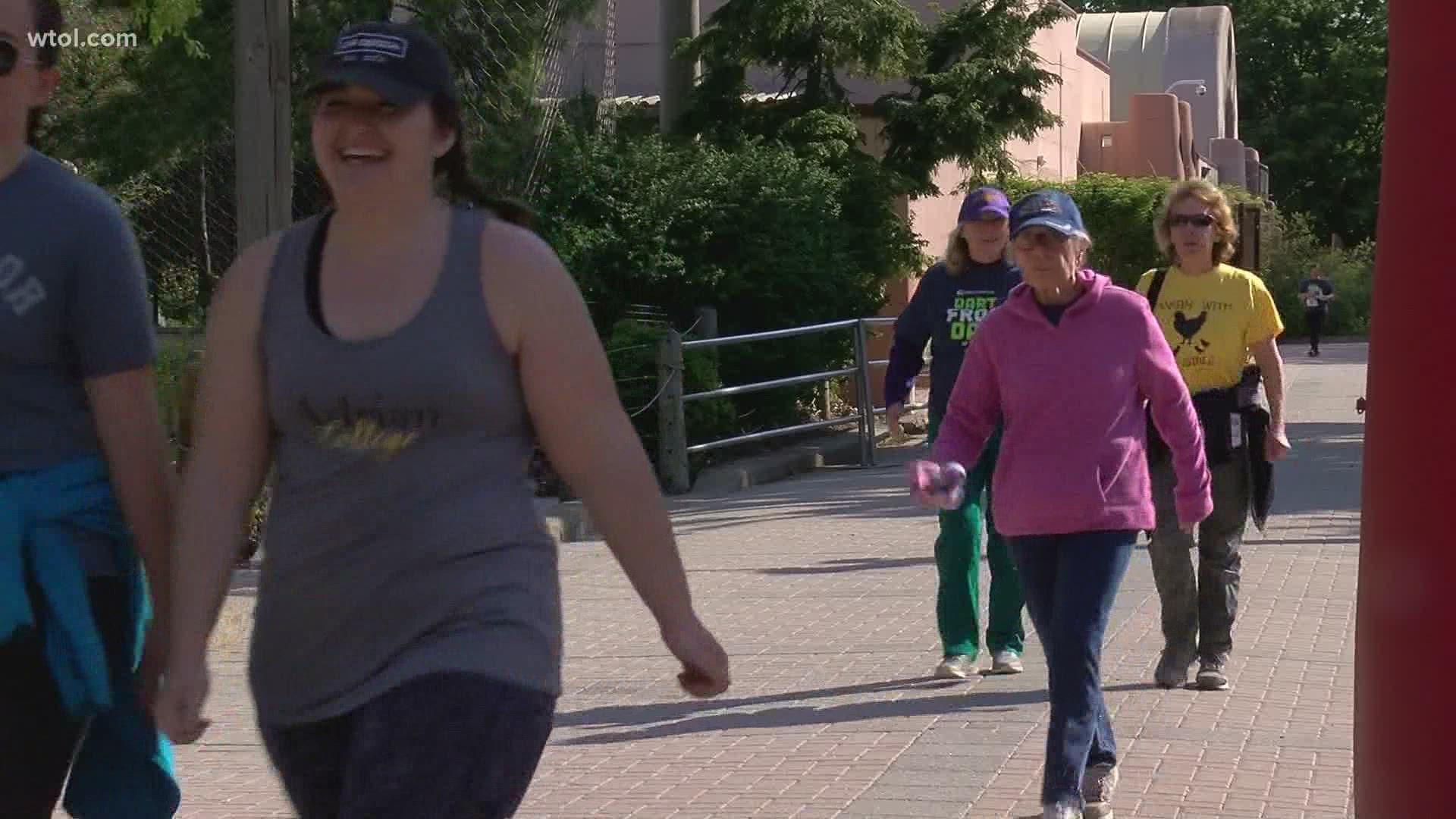 TOLEDO, Ohio — It's not every day you meet someone who can say they've gotten first place in a race for 11 years running.

Actually, 93-year-old, Eleanor Gay was not the overall champion, but she does remain undefeated in her age group.

"Well, they never had my age group. Nobody ever ran. So that's another reason for coming," said Eleanor.

She doesn't participate in many races, in fact, this is the only one. But after more than a decade, it's become a family affair.

"I have a daughter that lives right here and she's a professor at the University and I have two grandchildren. One daughter is in Maumee and her kids run," said Eleanor.

RELATED: Birthday surprise for Ohio boy recovering from MIS-C: Mom's wish for 1,100 cards exceeded with 5,150+ letters from across the country

Rain or shine, Eleanor's kids and grandkids are there to participate and of course, cheer her on during the race.

"She's running as fast as a 93-year-old can. She's been doing this for 11 years and she's won every year because there's no one else in her age bracket," said her daughters, Allison Spongberg and Tina Gay.

It takes Eleanor about an hour to finish the 5K, but she says she's always prepared because of her daily walks.

"I had to walk all my life. We didn't have cars, tv, etc. So we walked everywhere. It's just become a habit. I love it, love to walk and look at the scenery, look at the people," said Eleanor.

And she's confident that next year, she'll be back to defend her crown