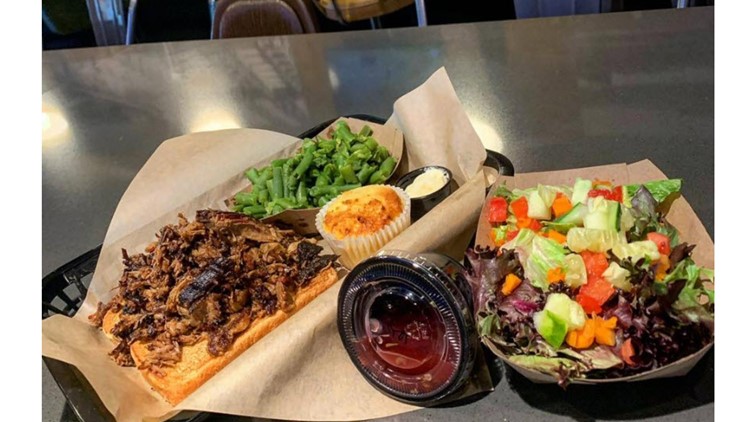 TOLEDO, Ohio — A new place to grab a bite to eat downtown is now open for business.

Deet's opened on Tuesday in the former Potbelly location on Madison Avenue, making good on owner Trevor Deeter's plan to be established in the downtown location by October.

It's the same Deet's barbecue you can get at the other locations in the 419, but this location also has a liquor license and will have live entertainment.

Potbelly vacated the location in April.

Deet's is a local, family owned and operated barbecue eatery that is based in Maumee. It currently has locations in Maumee, Perrysburg, and on Talmadge Road, and has a food truck and catering business.