Bring on the breadsticks! Campus Pollyeyes Toledo is open for business

The new location officially opened July 7 and is adjacent to the UToledo campus, at the intersection of Dorr and Secor. 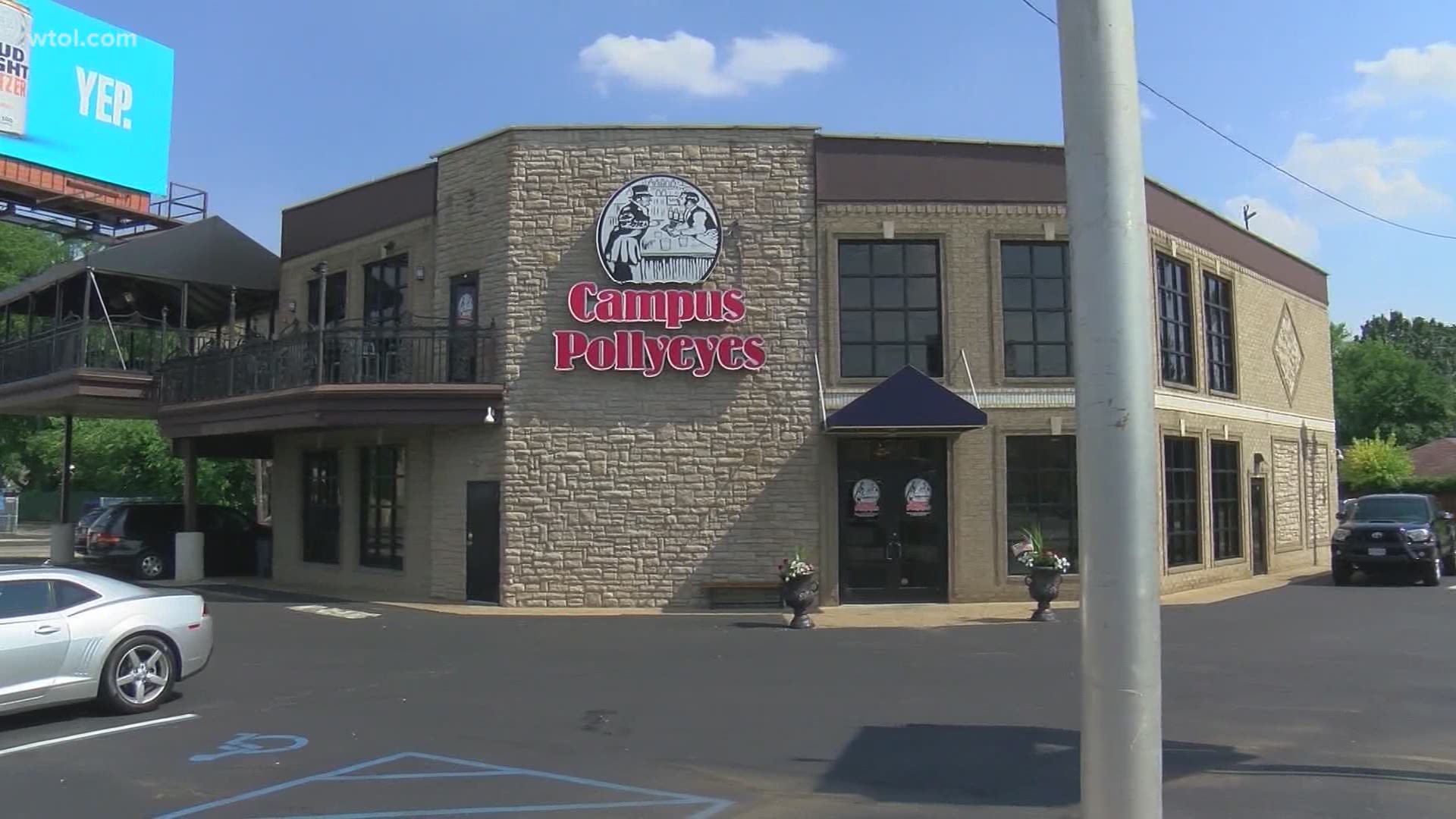 TOLEDO, Ohio — For over 50 years, Campus Pollyeyes has been a staple in Bowling Green. They're known for their "world famous" stuffed breadsticks, subs, pizza and that secret recipe ranch dressing. In 2017, Campus Polleyes opened their second location, in Findlay.

Now, the restaurant has made it to Toledo.

Campus Pollyeyes Toledo freshly announced that their doors are finally open for business (and breadsticks), beginning this week from 4 p.m. to 9 p.m. daily.

While only open for pick-up and takeout this week, the restaurant aims to open the dining room next week.

Campus Polleyes documented the building's transformation process into a sleek new home for breadsticks and ranch lovers (or marinara, but we WILL judge).

Occupying what was formerly the Campus Oasis restaurant at the intersection of Dorr St. and Secor Rd., the restaurant has been teasing fans with sneak peeks over the past few months during the pandemic.

The first photo shows the familiar 'before' shot of the location, when it was still decorated Campus Oasis-style. The second reveals the new look.

Notably, it appears the Rockets flag was a victim of the renovation. UToledo fans will have to compromise on this one.

Earlier this month, the joint posted the installation of chairs, reupholstered booths, lighting and a bar.

The two-story restaurant also posted images of the second level indoor and outdoor seating areas, a staple that will remain from when the building was owned by Campus Oasis.

More information is to come on regular hours and fans are asked to follow along at their Facebook page. To place an order, either call 419-754-7849 or stop in to their location at 3303 Dorr St.