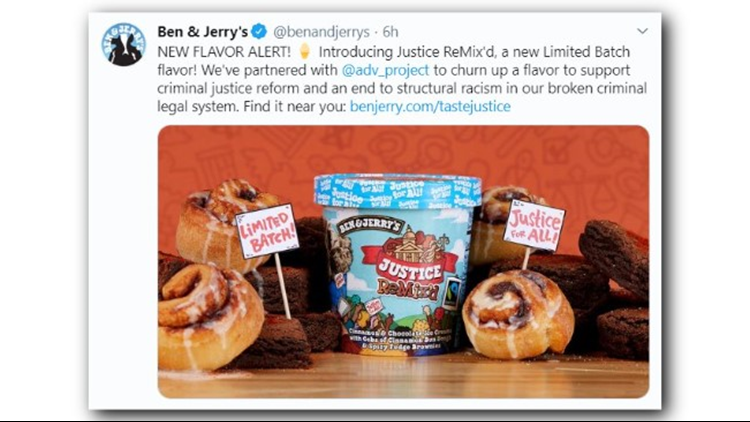 Justice ReMix'd is described as cinnamon and chocolate ice cream with gobs of cinnamon bun dough and spicy fudge brownies. A portion of proceeds supports Advancement Project National Office, a multi-racial civil rights group and its fight for justice for all, despite race or wealth.

The company says it has been working with Advanced Project in St. Louis to close The Workhouse jail and in Miami to slow what the two groups call "the school-to-prison pipeline."

Ben Cohen and Jerry Greenfield, the co-founders of the Vermont-based ice cream maker, made the announcement Tuesday in Washington.