A Home For The Holidays: Adopting Emmet 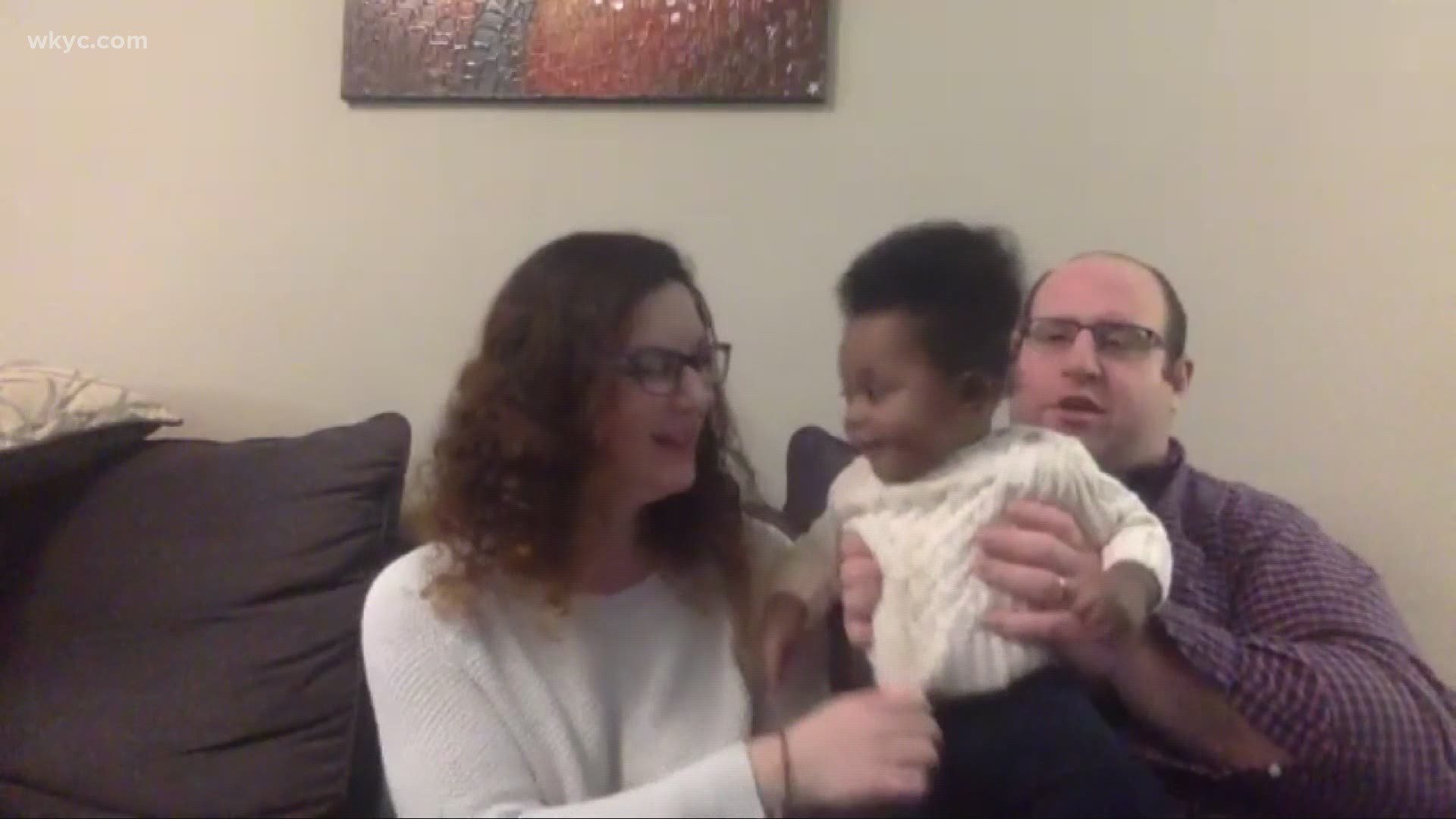 CLEVELAND — On their wedding day Greg and Jackie Nachman had only love for one another. Their lives together just beginning.  But the couple's vision for the future clear: one child. Maybe more.

However, for Jackie and Greg, pregnancy was not the plan. “We’ve always known. We wanted to adopt. It was our first choice to expand our family,” Jackie said.

After months spent doing their homework, the couple turned to Bellefaire JCB to help them on their adoption journey.  Classes, home study and then  months of waiting followed. There were setbacks. But in March, Jackie and Greg finally got the call.

“We got matched with Emmet about less than a week before we met him,” Jackie said.

Those early days were scary.

The pandemic was spreading across northeast Ohio while Emmet, so little,  remained inside the hospital, sheltered and protected while he grew stronger.  “He was in the NICU for a month, for a month - and we went every single day,” said Greg.

Credit: The Nachmans
Emmet was born 2 months premature weighing just 3 pounds, 7 ounces. He remained in the NICU sheltered, while outside the walls, the pandemic spread across Northeast Ohio.

“And then we really were on our own we had no idea when our families would ever get to meet him,” said Jackie.

Emmet grew stronger and was released from the hospital about a month after he was born.  The weeks and months with their new baby have passed quickly, with the three of them bonding and celebrating little milestones along the way.

The babbling, teething - and the latest, trying to crawl.

“I just feel internally lucky and grateful. He’s so cute. I know hes going to be so smart. He’s just everything I could have imagined as a baby. He is perfect, he is everything,” said Jackie.

Credit: The Nachmans
Today Emmet is happy and healthy and right where he should be for a baby born a bit early. He's babbling, fascinated by his shoes, and loves smiling at his mom and dad.

And Emmet will know he is loved. Not just by Jackie and Greg and their family. But by his birth family too.  It's important to all of them.

“We have a great relationship with them. They're really great people. And, he will know that as he grows up,” Jackie stressed.

It is a joyous holiday season for the Nachmans -- as they celebrated Hanukkah for the very first time with their son. They also planned on taking him to see holiday lights, and enjoying the magic of the season through Emmet's eyes.

The Nachmans will also take time to pause - and reflect on all those who made Emmet's adoption possible.

Credit: The Nachmans
Emmet celebrated his first Hanukkah. Jackie and Greg are thankful for everyone who made his adoption possible.

They are grateful for the beautiful little boy who has transformed their house, into a home for the holidays.

Jackie and Greg Nachman want anyone considering adoption to know that they spent a lot of time researching and asking questions.  There are many different avenues to adoption, but you need to find the one that is right for you.

The Adoption Network has programs, classes and plenty of information for anyone who is considering adoption.

RELATED: We surprised an Independence Middle School teacher for her exceptional work in the classroom: See her reaction

RELATED: Cleveland teacher surprise: The heartwarming reaction you have to see

RELATED: A new heart for the holidays: Mayfield heights woman gets the gift of life