Which sunscreen is safest? An expert weighs in

New reports suggest chemicals found in popular sunscreen can absorb into the skin more than previously thought. An expert shows there are safe alternatives. 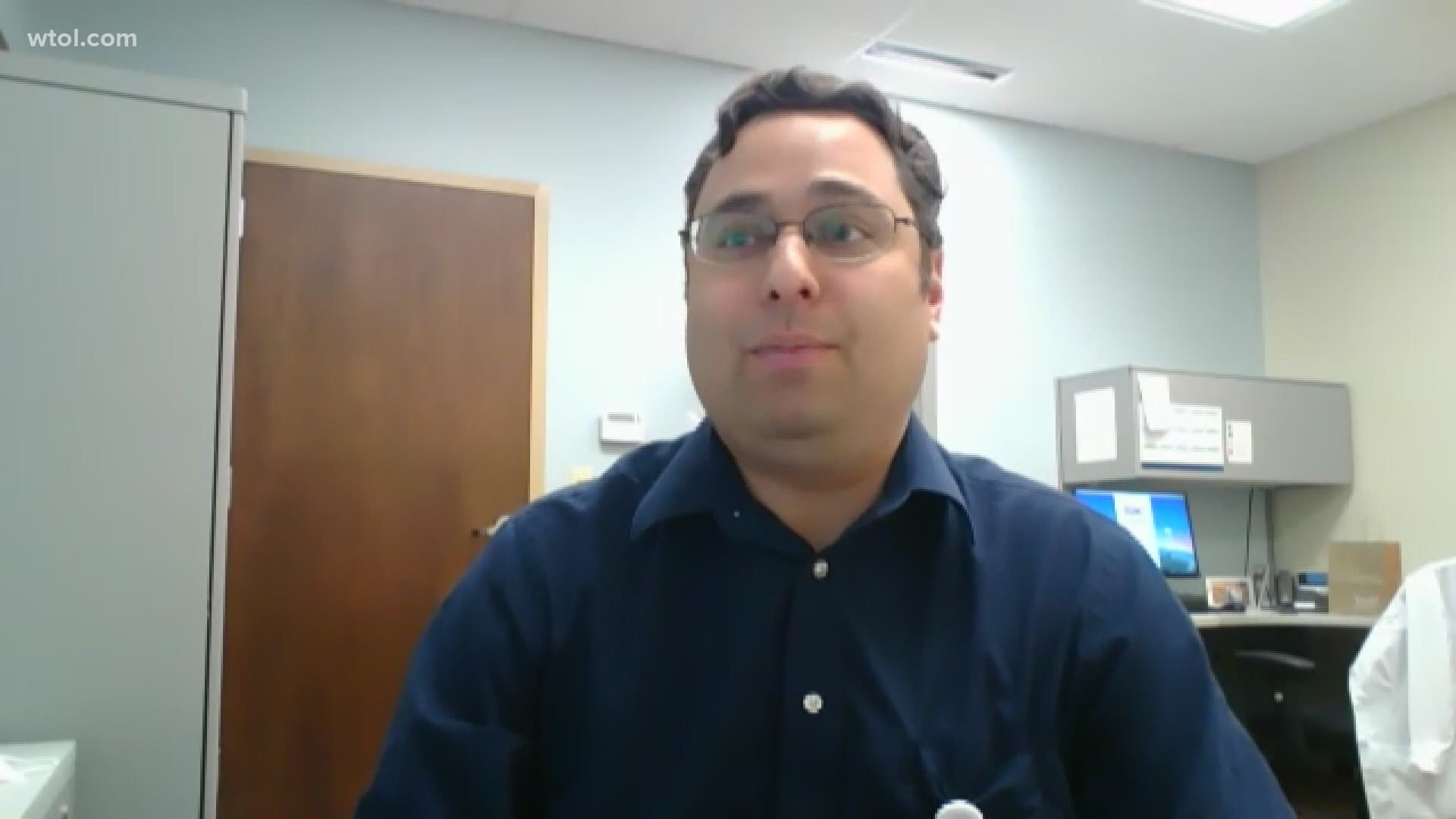 TOLEDO, Ohio — Parents want to do what's best for their kids; that includes protecting them from the sun's harmful rays. But, can sunscreen be dangerous?

"We're walking in the park. We're on the trails. We're in the front yard. We have a big water blob. We have the slip-n-slide. So, we're outside more so this summer I feel than ever before," Kat Tomasewski said.

She is a mother of three and runs the blog "Mom on the Go in Holy Toledo."

All the extra time in the sun means more sunscreen, and Kat said she's done a lot of research. Some of what she's read about chemicals, scares her.

Dr. Krishna Mutgi is a Mercy Health Pediatric Dermatologist. He said the first thing he tells families about sun protection, doesn't even include sunscreen.

"Try to seek areas with shade and try to avoid the peak hours of the day, so the noon time. Try to go out in the early morning, late evening. That way we're avoiding the peak sun," Dr. Mutgi said.

Obviously, you can't totally avoid the sun. Mutgi said when buying sunscreen, look for products that are mineral-based with zinc oxide and titanium dioxide.

"These mineral sunscreens work amazing to protect your kids from the sun. We also know they have an excellent safety profile. The only downside to the mineral sunscreens is they're the ones that give you the little white ghost look. But I tell people when it comes to your kids, let them be a little ghost," he said.

Mutgi recommends being a little more cautious about chemical sunscreens; those with ingredients like oxybenzone and avobenzone.

Research on lab animals showed adverse hormonal effects when ingested. As far as being absorbed through a person's skin, Mutgi said that previously it was thought to be minimal, but now the jury is out until more research can be done.

"Some of these chemicals may be absorbed a little more through the skin. Now, the levels that they're talking about that they're seeing are still nowhere near the levels of when they were feeding it to animals and having those negative effects, but it just raises the question of we don't really know what those levels mean," Mutg said.

Any kind of sunscreen, he said, is better than nothing though.

"Unprotected sunburns lead to skin cancer," Mutgi said, "And we know that damage at an early and young age contributes a lot to those skin cancers later on in life."

Kat said she looks for mineral-based products. She likes the Badger brand.

"It has the zinc oxide. But, you think zinc and you think super thick and you're gonna have that whole layer of white on you. You can actually rub this one in, which I like and the kids really appreciate," she said

Kat also said that she makes sure to reapply often, especially as many times the kids are playing in the water while out in the sun.

Mutgi also recommends buying clothing with SPF built in so that you don't have to worry about re-applying sunscreen or the chemicals inside.

RELATED: 'It is very concerning' | CDC expert warns US far from containing coronavirus