Tips to keep you safe from ticks and Lyme Disease

Ticks are tiny and can crawl under your clothing and also affect family pets. Stay on maintained trails and always do a tick check after hikes. 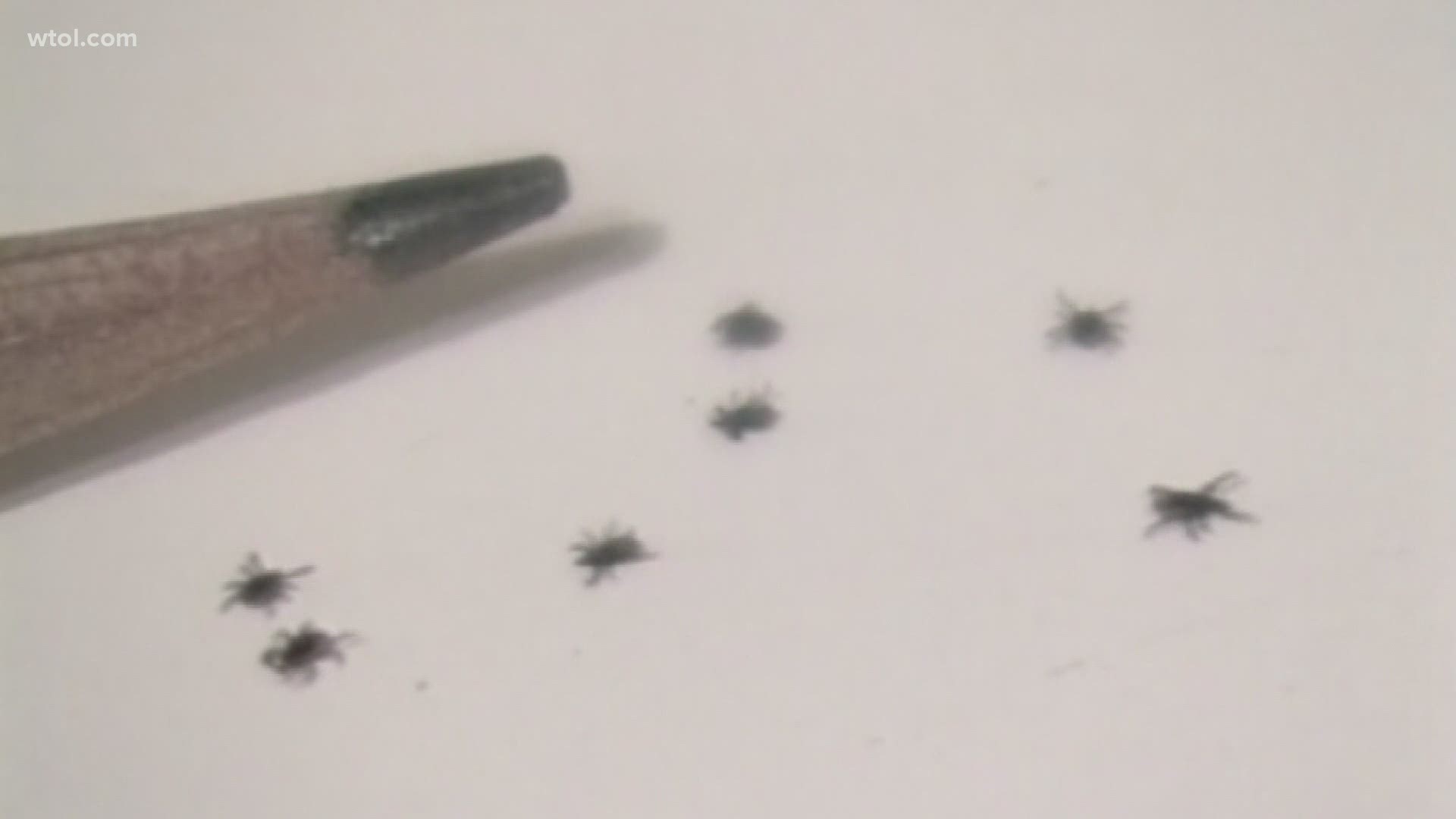 TOLEDO, Ohio — With the warmer weather ramping up and more of us heading outdoors, the risk of disease-carrying ticks is increasing.

And that's a danger, not just to you and your kids, but to the family pet as well.

Dr. Jeff Swartz with Mercy Health says ticks are a concern because if they bite you, they can pass on any number of diseases.

"Probably the most famous is Lyme disease that we hear about all the time, (but there's also) Rocky Mountain spotted fever, ehrlichiosis, babesiosis, and several other diseases," he said.

Lyme disease is the most well-known tick-borne disease and cases in Ohio have spiked in recent years, according to the Ohio Department of Health. There were only 44 cases in 2010 and 468 in 2019, the last reporting year. That's a 963% increase.

So where should you look for a tick on your body, considering they can be the size of a poppy seed?

"People always think about the hair first," Swartz said, "but it can get on your body in the areas that are warm, and moist as well."

Swartz says your pets are at risk as well, especially if they spend a lot of time outdoors because not only can they get sick, but there can also be a transmission to humans.

Ticks can be found anywhere but are far more common in brushy areas. So if you're out for a walk in the woods or one of the local parks, you can avoid them by staying in the middle of the paths.

Kim High, a naturalist with Metroparks Toledo, says the parks are home to a variety of ticks, but you should be safe as long as you don't wander off the path.

"Ticks are actually part of the ecosystem but the parks keep their trails very well maintained and so staying on the trails is going to keep our public out of ticks."

Typically in our region, ticks are at their worst between spring and early fall with the peak activity in May and June.