A new study shows parents lose an average of 4,000 hours of their lives to brain fog. 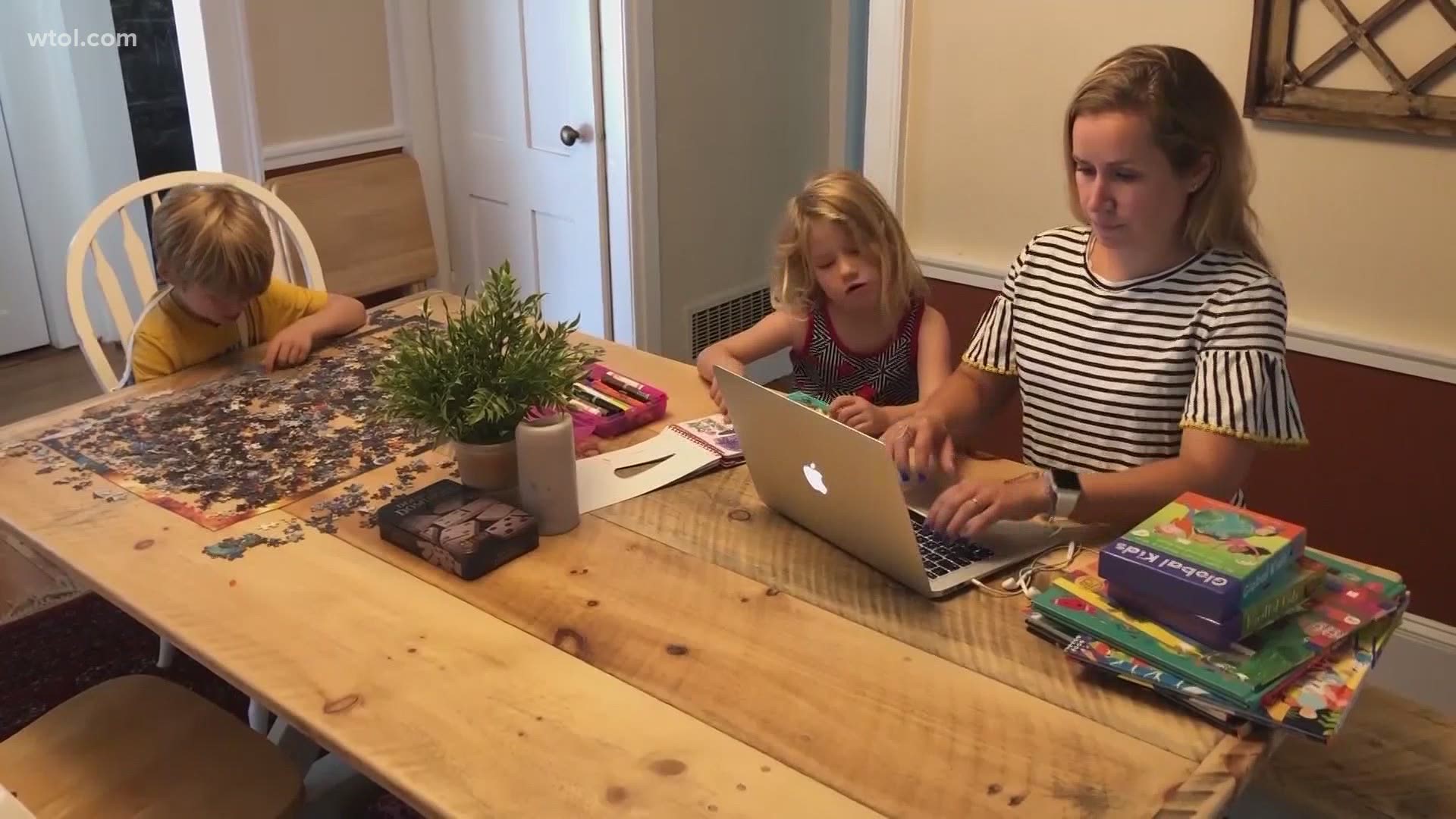 TOLEDO, Ohio — Moms, you officially have a scientific excuse to be a little forgetful because a new study shows "mom brain" is a real thing.

"Motherhood is amazing. Whether you're a mom or a step mom or a caregiver," Amber Withrow said. "It's all this beautiful thing. But honestly, it is exhausting."

She's a mom and therapist, so she's not surprised that a new one-poll survey shows parents lose an average of 4,000 hours of their lives to brain fog and lose focus on up to three tasks a day. That's about 219 hours a year.

Withrow says the pandemic has led to a lot of mommy burnout.

"I feel like it took a pandemic for us to realize that we are wearing and balancing this stack of hats," she said. "We have so many roles of mother, partner, employee, homeschool teacher."

So how to do know if you're truly burned out?

"This year has taught me just how resilient and capable and extraordinary women are," she said. "But we're done. We need help."

There are things to do to get that much-needed rest. Withrow says to be willing to say no -- to the three course meal your 8-year-old is demanding, and delegate.

"Even if that means the dishwasher doesn't get unloaded exactly the way you would load or unload it," Withrow said.

Withrow says to be open and honest with friends who can support you. Relish the moments you get to watch the show you want to watch.

She also says to find joy in the difficult moments. When bedtime is tough, remember how thankful you are for your toddler who will soon be grown.