A local injury prevention specialist says a child's judgment and timing to step into the street and crosswalk is not the same as an adult's. 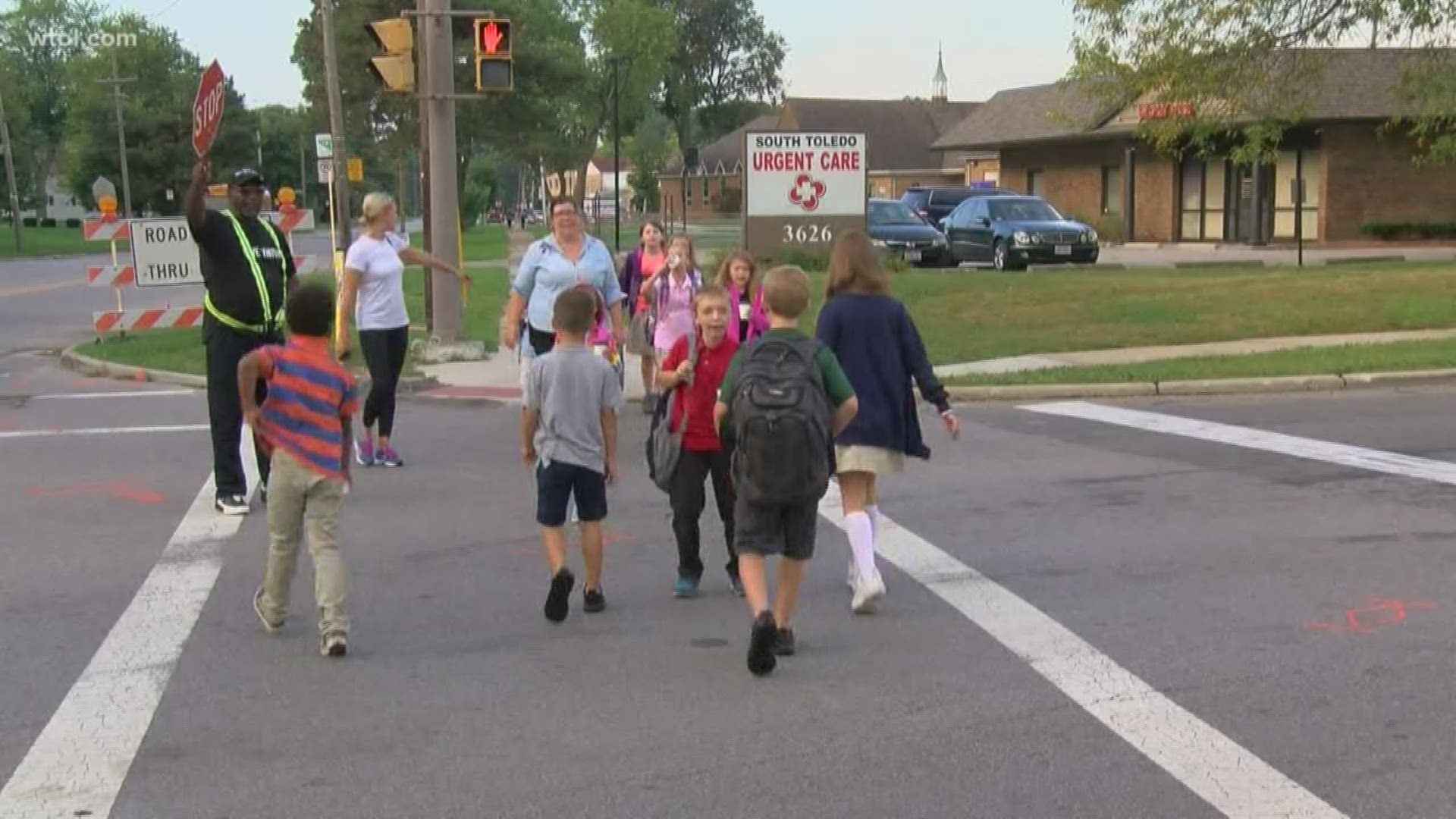 TOLEDO, Ohio — It's something all parents worry about. Will their kids get safely across the street while going to school or to a friend's house?

A recent study may prompt you to be more concerned than ever.

It was a fun day for kids, who even got hot chocolate, but the event was focused on getting across the street safely.

"I always worry about my kids, you know. I want to make sure that they're looking both ways, that they've been safe, and as a parent, you just, that's what you do," she said.

A recent University of Iowa study put children ages 6 through 14 into a realistic simulated environment and asked them to cross one lane of a busy road several times.

Credit: Tim Miller
This crosswalk is on a busy stretch of Upton Avenue near Interstate 475.

The study revealed that children even up to their early teenage years had trouble crossing safely. Accident rates were as high as 8% for 6-year-olds.

And it found young children might let their eagerness to cross outweigh the best time or safest time to cross.

The study determined that only by age 14 did kids have the proper judgment and motor skills to cross without getting hurt.

"Because they can't really time up the car's speed, their timing to step into the street and crosswalk is not the same as an adult's," said Mike Smith, an injury prevention specialist at ProMedica Toledo Children's Hospital.

He met us at a very busy crosswalk on Upton Avenue, right by McKinley STEMM Academy.

The Iowa study's findings surprised him, he said.

"They tested over 2,000 trials with this, on just a nine-foot crossing. Where in Toledo, you have those multiple lanes where it's even farther and that can just add more potential for danger," Smith said.

When we asked him to show how to safely walk across, drivers were reckless, just inches away from us.

"You've got to look left, right, left. Just double check to see if there are any cars coming. People run lights all the time, they may be turning," Smith said as we crossed.

But almost right away, we had two vehicles turn in front of us even though we were in the crosswalk, showing the dangers kids often face.

"As they see us crossing, they need to stop and let us cross first before they complete their turn," Smith said.

Smith said until your kids get to 14 years old, you should help them cross or at least teach them what to do.

They need to wait if the crosswalk signal shows the "hand up," until it changes and the "go ahead" is given.

Smith said kids can even look drivers in the eye as they walk so the driver can better see them crossing.

And to help them build up their skills, parents can have their kids practice judging how long it takes to get across.

You can even time them.

Beverly mom April Rumschlag thinks it comes down to this:

"When we're walking, they know. You stop and you look and you double look and make sure there's no cars coming."

Kids also need to watch out for distractions, like drivers on their phones or kids on their own phones as they cross the street.