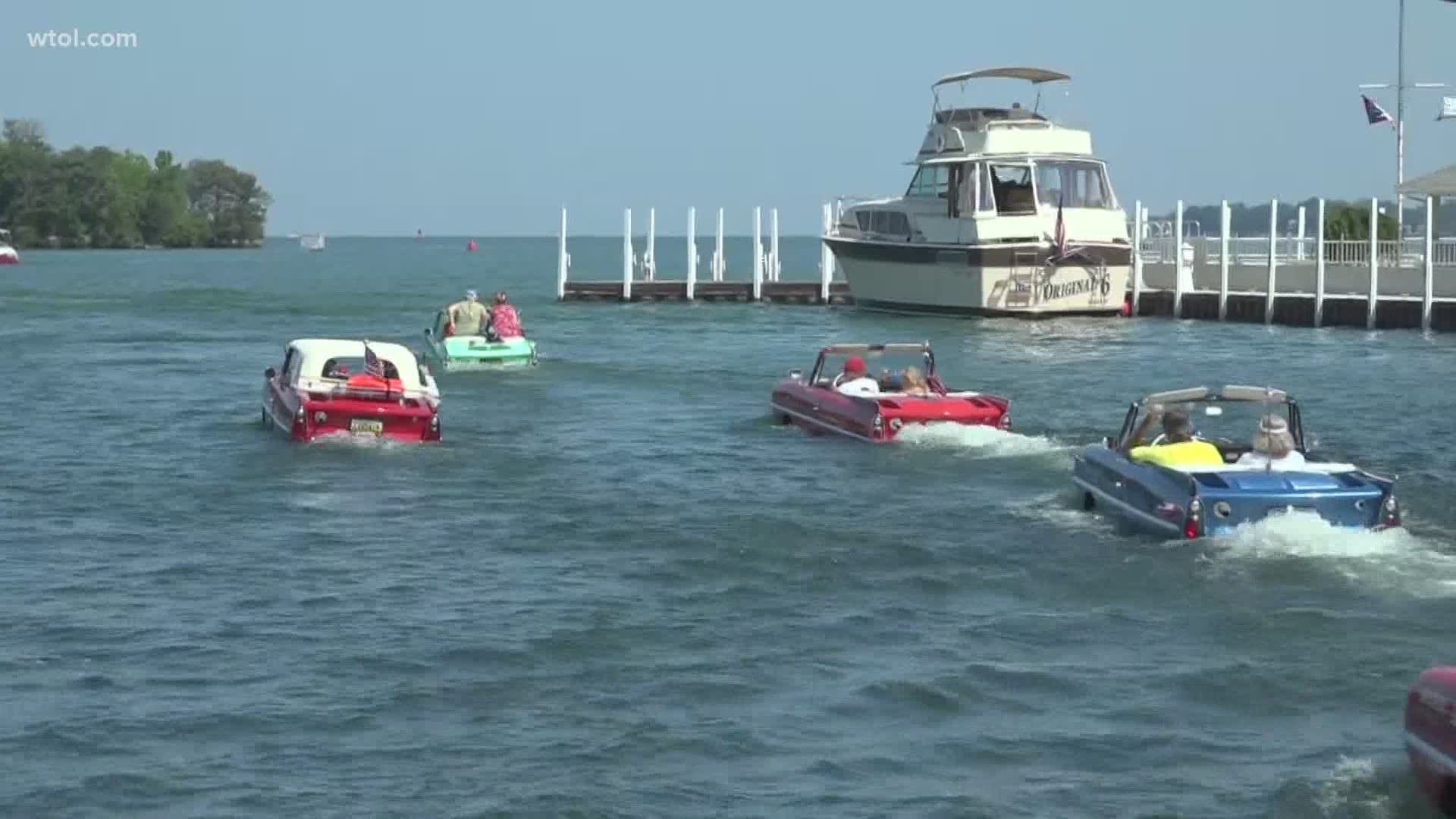 PUT-IN-BAY, Ohio — The village of Put-in-Bay was invaded today; first by sea, then by land, from the same vehicles.

Monday morning, 8 classic amphicars from the early 1960's rolled onto the Miller Ferry, then held an impromptu parade around the village of Put-in-Bay followed by another parade in the water.

Many of these dual purpose vehicle owners attend the Grand Lake St. Mary's-Celina Lake Festival, and for the last 10 years, have made South Bass Island a traditional stop on their way home.

"So since everybody's already here, if you have another day or two and you don't have to go back, come on up to Put-in-Bay, enjoy a real lake, real food and good people," said event organizer Billy Six.

The owners then held a car show and offered free rides out onto the water. And there was no need to advertise as onlookers quickly gathered along the docks to see these 60-year-old concept cars in action.

RELATED: Go 419: Festivals in northwest Ohio from July through October

"We were driving right there and I jumped off the cart, and I told him to pull over because I wanted a video," said Brennan Weber.

Six said there were only about 4,000 of these vehicles manufactured in Germany and repairs are difficult. He said he and the other owners love to show off their amphicars, sharing their love for these rare vehicles with others.

"You'll probably find out that giving the public rides who have never seen one of these before - the reward is in the giving," Six said.

If you missed the amphicars visit this year, they're already planning their next return visit. The date is not set yet, but it should be about this time next year.