Woman comes face-to-face with a python while grocery shopping

Helaina Alati knew how to catch the snake after volunteering for a Sydney wildlife rescue organization years ago. 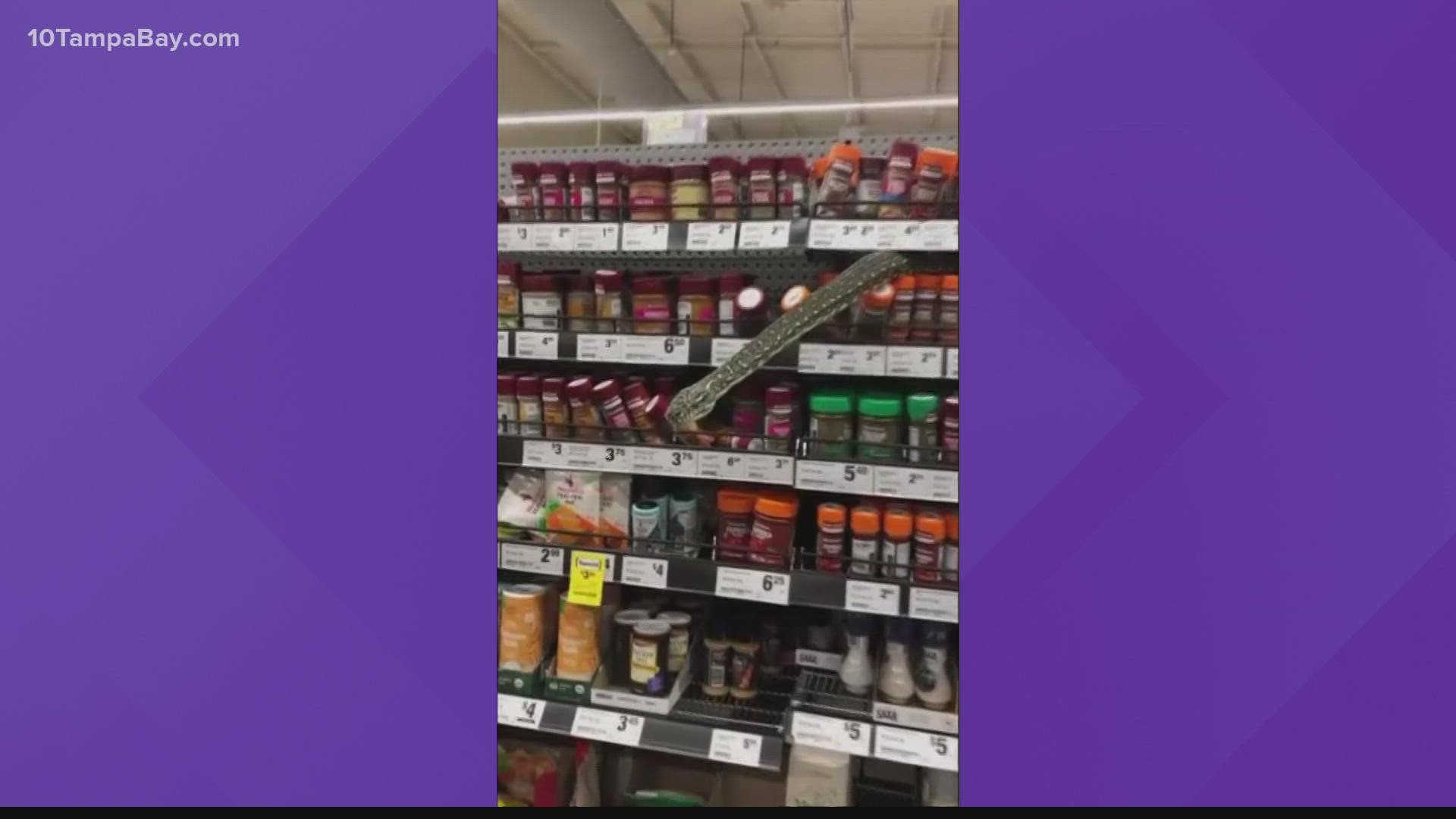 CANBERRA, ACT — Helaina Alati was browsing the spice aisle of an Australian supermarket when she came face-to-face with a huge snake.

The head of the 10-foot-long non-venomous diamond python emerged through a space in a shelf above the spice jars in the Sydney store.

“I was in the spice aisle just looking for something to put on my chicken that night so I didn’t initially see it because it was curled up way back behind the little jars of spices,” Alati told the Associated Press. “I kind of turned to my right and it poked its head out.”

Alati was trained in how to catch snakes when she was a volunteer for a Sydney wildlife rescue organization years ago, the Associated Press wrote.

She was able to recognize immediately that it was not venomous, BBC News reports.

The trained snake catcher says she returned to the supermarket with a bag, caught the snake and released it into nearby woodland.

Supermarket chain Woolworths confirmed in a statement that a “slippery and rare customer was spotted in the spice aisle” on Monday morning at its store in the suburb of Glenorie on Sydney’s northwest outskirts.