Brown Booby bird has thousands flocking to Nimisila Reservoir to photograph and catch a glimpse of this rarity. 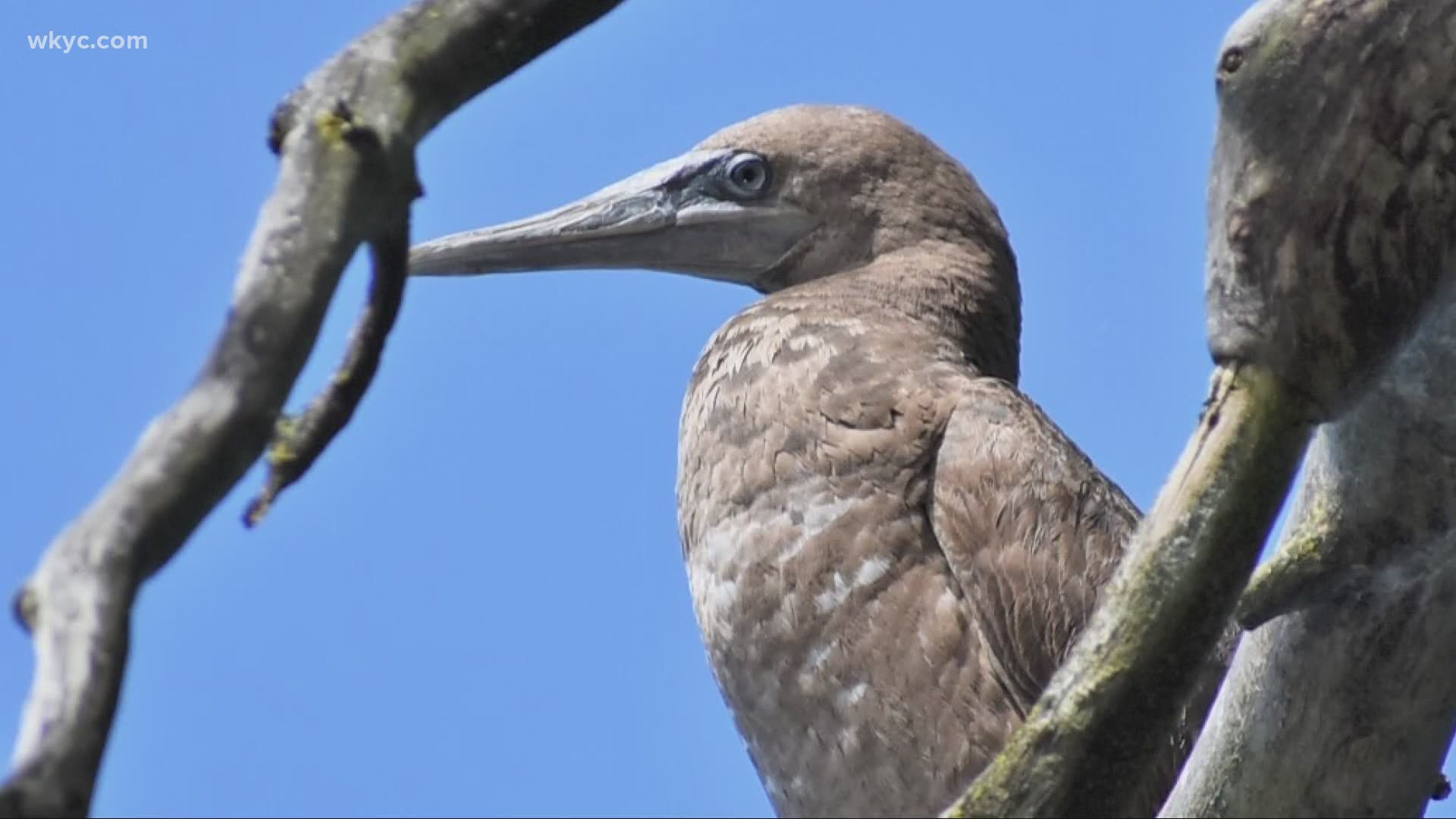 It's a seabird called Brown Booby that some believe was blown off course by hurricane winds. It's drawing quite the attention from the the bird watching community.

"We're delighted to have found a juvenile brown booby", said Toth, flanked in poison ivy covered pines on the shores of the Summit County reservoir.

Local birder Henry Trimpe first spotted the bird, which has been roosting in a dead tree on the shore of the lake. Since then, thousands have visited and photographed the oddly-named visitor. Some from a far, like Tonya Wyatt. "I drove almost four hours from North Cincinnati", and some from nearby, "I'm from Medina", says Sandy Brown. She brought her spotting scope and has been checking out the bird. It's not her first brown booby, but it's the first she's seen in Ohio.

"The last time I saw one I believe I was out on a boat in the Gulf of Mexico so to see one here in Ohio is pretty cool," says Brown.

There are three main species of Booby birds. The brown, the masked, and the blue-footed-- all sea birds. Brown Booby's are normally found in the Gulf of Mexico and the Caribbean and she may have been blown up to Ohio by hurricane winds or she just flew North to get out of the storm's way.

However the young female bird got here, many are hoping she gets her bearings back and after a good rest, she will migrate South to her home waters.

The bird seems comfortable with the attention, and feeds on fish regularly.

"I'm new to birding so this is something I took off my checklist. I think it's just such a rarity. I don't think it's ever been seen in Ohio," says Wyatt.