The owner of the store caught the incident on her cell phone camera. 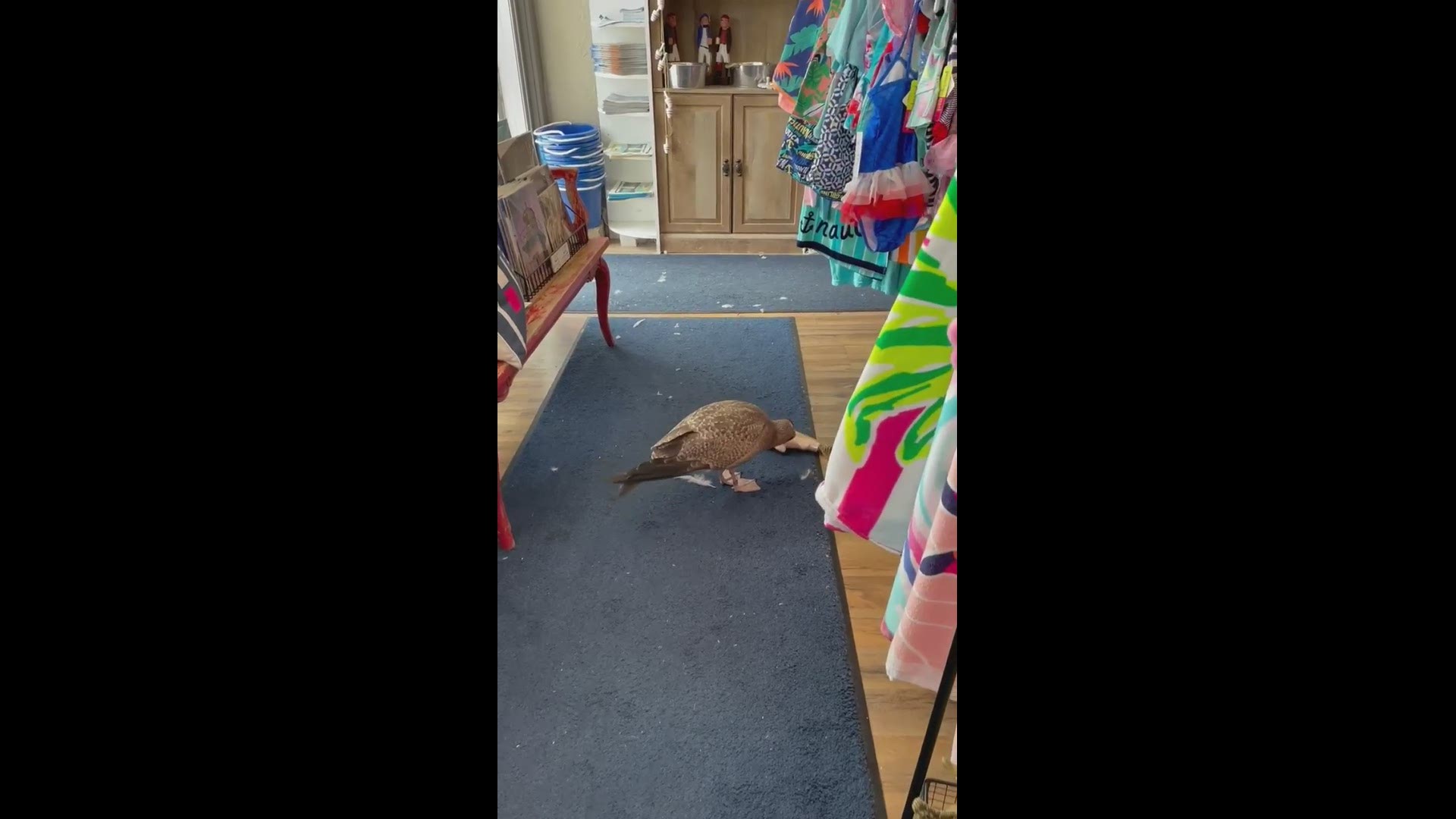 PORT CLINTON, Ohio — Perhaps he or she just wanted a friend to cuddle with -- but this seagull's plot to steal a stuffed fish was foiled when the owner of the store caught him or her red-beaked.

The incident happened at the Northern Exposure Candle Company in Port Clinton recently and the owner of the store took video of what went down.

When the video begins, you can see the gull standing, pecking at the stuffed fish with his or her beak. Then, you can see the bird pick it up and start trying to walk away with it, as the person taking the video tells him or her to drop it. The bird either doesn't hear her, or just doesn't care -- because he or she just keeps walking towards the door of the shop, carrying the fish in its beak.

In the video, you can see amused shoppers standing right outside the door of the store, also with their cell phones out, perhaps taking photos or videos of the seagull.

The Northern Exposure Candle Company posted the video to their Facebook page, with the caption, "Never a boring day for our customer's when you stop in at NE. Might catch a baby gull running off with a stuffed animal." There are more than 20 comments on the post, and more than 100 reactions. Most of the comments are people saying they would have let the bird just keep the stuffed animal, but someone from the store commented that they didn't want the bird to get hurt if it ended up trying to eat the fish.

In the end, the store posted in the Facebook comments section on the video that it got the fish back from the seagull.

Tami Kritzer Lehmann commented, "You should have it "mounted" - you know, like that one insurance commercial with all its perils in a museum."

3News reached out to the owners of the store via Facebook, and they responded, "The gull has been persistent, this was his 3rd attempt in a week! Funny thing was, he knew exactly where the little stuffed Walleye were...We definitely give him an A for effort and all the laughs!"

Thank goodness the store posted the video, so we could all have a giggle at the bird's goofy antics.

EDITOR'S NOTE: The video in the player below is from a previous, unrelated story.