Twenty years on the job didn't prepare the men for this, but they put their hard hats together and used their industrial vacuum to suck the bird out. 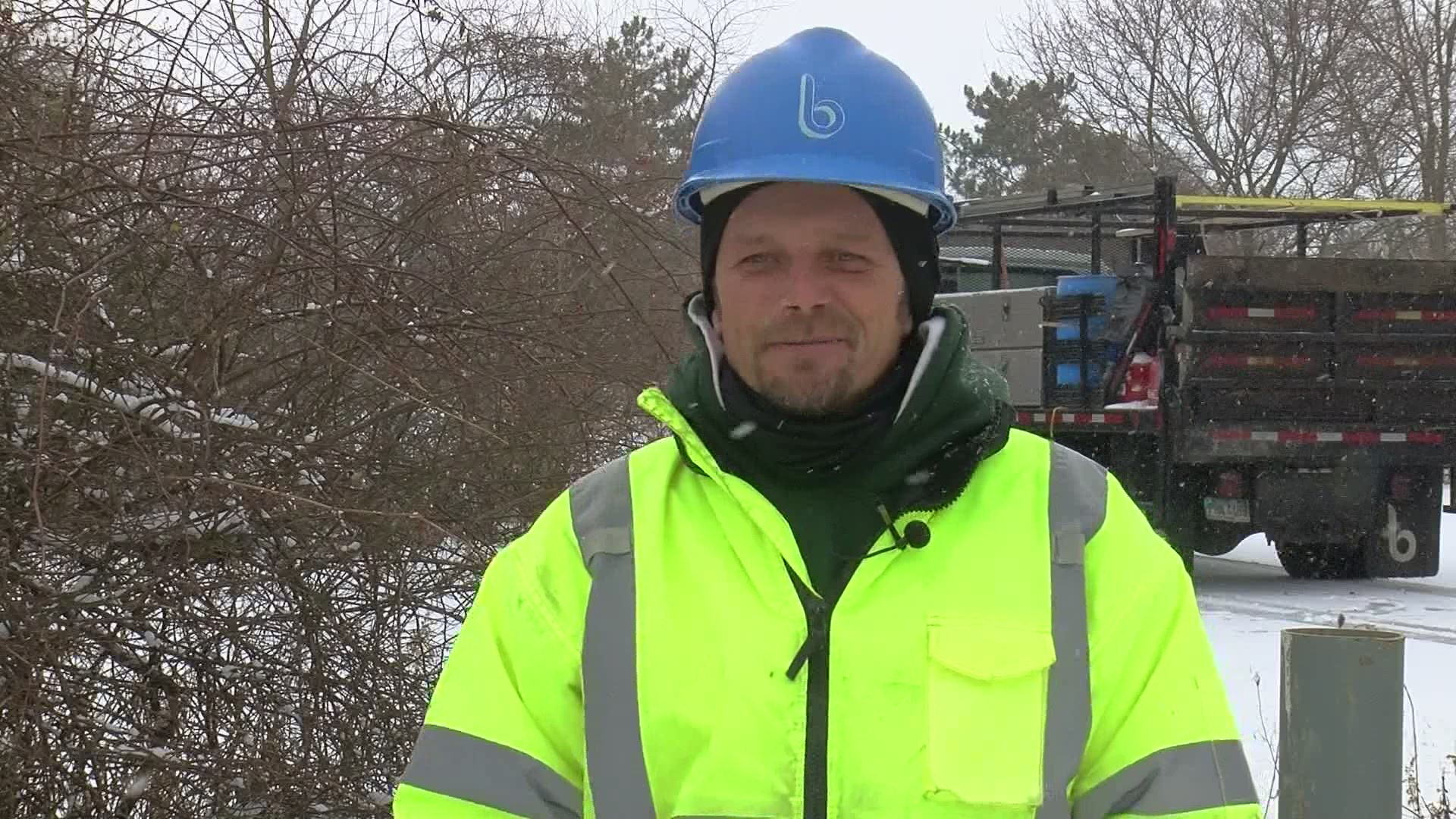 OREGON, Ohio — Construction workers in the city of Oregon are "beak-oming" the owl rescuers.

They flew in to the rescue after the bird of prey got trapped inside a bollard pipe at Maumee Bay State Park Wednesday morning.

Jason Wellman, a cement mason for A.A. Boos and Sons, Inc. was checking the pipes at the project site to make sure there wasn't any water in them so they could be filled with concrete.

What he found inside one of the pipes instead was a real head-turner.

Wellman posted cellphone video of the rescue to his Facebook page.

"He was down in the hole where he couldn't spread his wings so he wasn't going to be able to get out," Wellman said. "How he got in there, I have no idea. It's eight foot deep so we had to come up with something to get him out of there."

The owl was wondering, "hoo" would save him?

Twenty years on the job didn't prepare the men for this, but they put their hard hats together and used their industrial vacuum, which normally sucks up water, to suck the bird out.

The owl was probably not too enthusiastic with the unusual method of extraction but was grateful, nonetheless.

"Once I got him out of the hole, he looked pretty happy," said Shawn Chaney, a laborer at A.A. Boos and Sons, Inc.

The men said they don't usually check the pipes, but did so that day because it had rained so the owl was very lucky.

Until all of the pipes are filled with concrete, the men came up with a way to prevent the same thing from happening again. They'll be taping plastic bags over the top of the pipes so hopefully no more animals will fall inside and get stuck.

"I don't know how he got into the hole but pretty sure he knows not to go in one again," Wellman said.