"It's been pretty frequent, almost daily that we're getting a new bear complaint in the area." 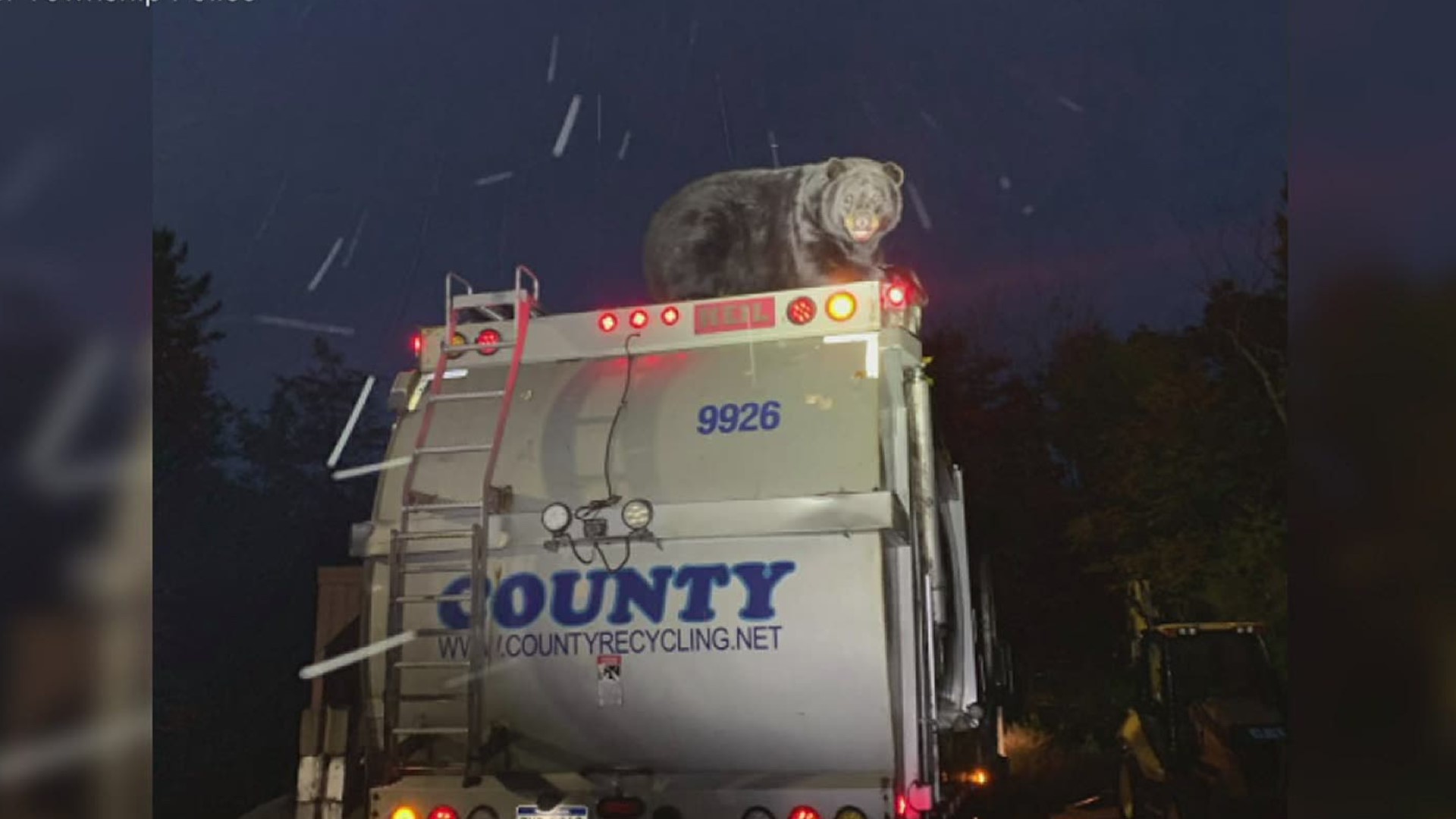 "It's been pretty frequent, almost daily that we're getting a new bear complaint in the area," Officer Murrow said.

This is the most recent example: when a bear arrived at the police department Wednesday morning on the back of a garbage truck.

"We can only assume it was sick of going for the small, small amount of trash in the garbage pails and went for the big prize," Officer Murrow said.

Back in July, another bear in Kidder Township made its way into a car and ate all of the food in the back seat.

"Each bear is eating about 20,000 calories a day, which is about ten times more than you or I eat. So they are moving around a lot, and they are very hungry," Uhler said.

According to Uhler, the pandemic is also contributing to their movements.

"Part of it is because of Covid. People are outside a lot, and that moves bears around, so there are a lot of bear sightings," Uhler said.

If you see a bear, Uhler said to not get close.

She said to put your garbage out only on garbage day. Do not leave food outside.

Bears can smell food up to a mile away. Just ask the driver of this garbage truck.