Doug Perez had dreams of going into law enforcement, but being born blind always brought challenges. Those challenges have never stopped him, especially now. 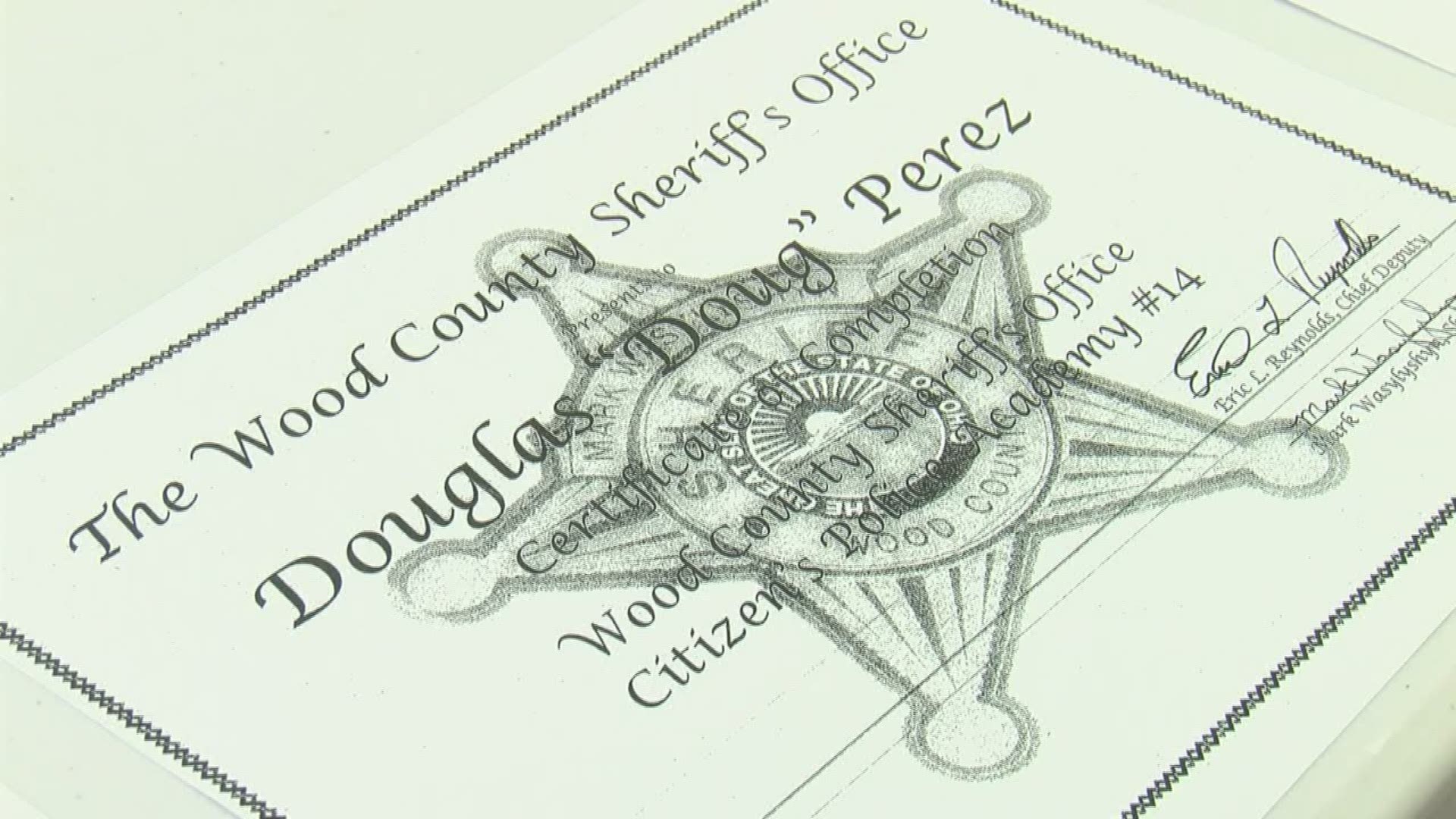 WALBRIDGE, Ohio — While most have Labor Day off of work, Officer Doug Perez's new work is just beginning. It's a day he never imagined, but now is a reality. He will be the first blind honorary officer in Walbridge.

Perez's new view is riding shotgun in a Walbridge Police cruiser. He will never see what is looks like, instead, it's all sounds for him.

Perez was born premature and without his vision.

"I took him in and they did the ultrasound and they told me that he was blind," said Betty Perez, Doug’s mom.

While his view may be dark, that's not how he sees the world.

"I was told never to let anything get in my the way. So, that's exactly what I am doing," he said.

From a young age, Perez was interested in law enforcement. He listens to scanners all day and attended the Wood County Sheriff's Citizen academy — all to learn about the job.

But his curiosity grew when Sgt Jeremy Salaz from the Walbridge Police Department married his cousin. He was a police officer and Perez had a lot of questions.

"He's always asked me you know when can I possibly get in on the department and stuff like that,”  Salaz said. “So, I would always make up these excuses. 'Oh, you know, let me see what I can do' and stuff like that so I wanted to do something positive for him and I was like alright it's time to make something happen."

Perez became an honorary officer in Bradner first, but just recently was sworn in as a Walbridge Honorary Police Officer too. With the title he can do ride-a-longs, work special events and more, but he doesn't have police authority.

It's a role that's never been done by someone who is fully blind in the village, but he's paving the path as the first with pride.

"It's something that I've always wanted to do and I wouldn't imagine doing anything else," Perez said.

Perez said he has amazing support from his family. From his mom, who has been by his side from the start, to Sgt. Salaz, who helped him earn his uniform. Without them, he'd never be able to take on his first patrol.

"There's fears and things, but I can't be afraid because it's a dream that he's always wanted to do and I am not going to take that away from him," his mom said.

"Pretty much you ask any law enforcement officer why they got into the field and it's usually to help people,” Salaz said. “And you know, we get a chance every now and then when we actually can help someone and help improve their life."

Perez knows his stuff and is more than qualified to hit the roads of Walbridge as an honorary officer. He want's others to know they, too, can do anything they want.

"Whatever your disability is don't say you can't do something because you can if you put your mind to it, you can," he said.

Perez is eager to get started. While the role is volunteer-based, he wants a badge number and as much responsible as possible.