Filmmaker Zeppelin Zeerip was visiting with some snowboarding legends when he was told they had 3 hours of unseen footage in bags in their basement. 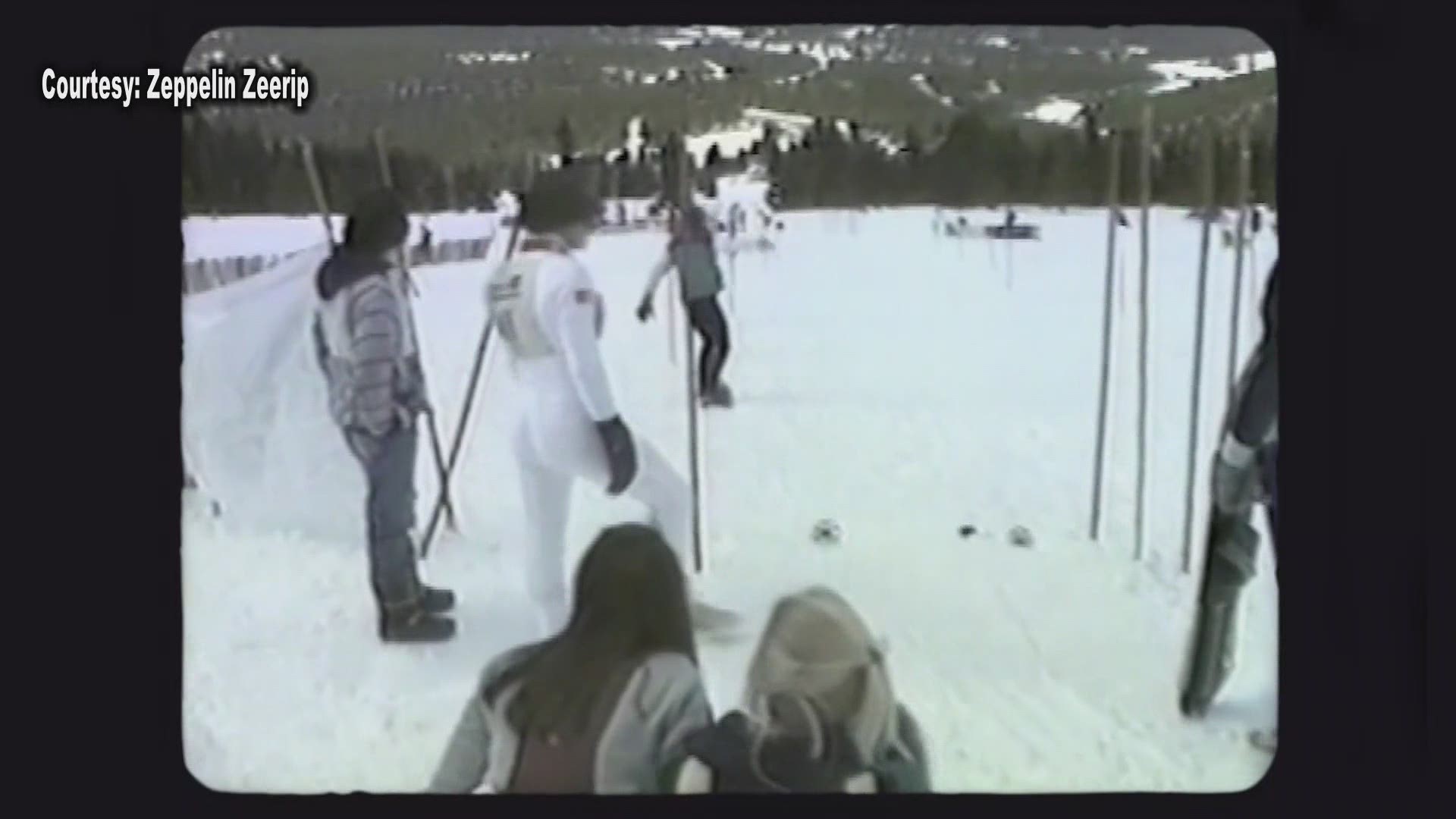 MUSKEGON, Mich. — It was Christmas Day 1965 when Muskegon native Sherman Poppen decided to take his daughters out of the house so his then pregnant wife could get some peace.

Little did Poppen know what would happen that cold and snowy day in his backyard would be his discovery of the Snurfer, which set in motion a new snow sport.

55 years later, a filmmaker from Sparta has discovered over three hours of never-before-seen footage of Snurfing's origins, which he recently turned into a short film that's now being shared publicly with the snowboarding community.

"I was 6 years old when I was introduced to snowboarding," said Zeppelin Zeerip, 28, who was born in Sparta. "Today, it's become a full lifestyle for me. Almost every decision in my life is based around snowboarding."

Through the years, he learned that the birthplace of snowboarding was Muskegon in the mid 1960s - only an hour west of where he grew up. That knowledge only fueled his love for the sport and deepened his pride to be from Michigan.

2019 saw the deaths of the two icons who invented and were responsible for the evolution of snowboarding - Sherman Poppen and Jake Burton Carpenter (whose developed the 'Burton Board,' which was an advanced version of the Snurfer).

"After they died, I had the idea of making a film to pay homage to what both men had done for the sport," said Zeerip.

Zeerip began researching and gathering whatever footage he could find and get permission to use. He also reached out to pioneers in the industry for interviews.

One afternoon of interviews led to perhaps one of the greatest discoveries since the Snurfer itself.

"I was at home in Grand Haven interviewing Bill and Tom Pushaw, who are two of the original winners of the World Snurfing Championships in Muskegon," said Zeerip. "While we were sitting at their kitchen table, they ever-so-casually mentioned to me, 'We've got grocery bags full of old footage in our basement.'"

The three men went to the basement and located three plastic bags of 8 mm film of Snurfing that had never been developed.

"It was incredible," said Zeerip. "My brain kind of exploded."

Zeerip says he asked the Pushaw brothers if he could take the old reels and see if they could still be developed.

"I crossed my fingers and hoped that the film wasn't moldy and could still be processed," said Zeerip.

A few weeks later, Zeerip says over 3 hours of never-before-seen footage of Snurfing's origins in the early 1970s, was shipped back to him.

"I was sitting on a treasure-trove of Snurfing history," said Zeerip. "It made it really challenging to figure out what was the most exciting and most valuable stuff to use in my film."

In his possession, Zeerip now had raw footage of the first Snurfing competitions in Muskegon, as well as the moment that started it all -- actual video from Christmas 1965 when Sherman Poppen's daughters Snurfed down their backyard hill, which started it all.

"There's photos of the Pushaws with Jake Burton Carpenter in Vermont carving some of the original Snurfers on a bandsaw," added Zeerip. "This is stuff no snowboarder has ever seen because it's been sitting in a basement for over four decades."

Zeerip scoured through all 3 hours of the rare footage and put together an 8-minute short film entitled, 'Made in the Mitten,' which is a powerful and respectful nod to the brains behind the sports of snowboarding which has gone on to shape millions of riders around the world.

Credit: Bill & Tom Pushaw
Sherman Poppen, along with his daughters, discovered Snurfing in his Muskegon backyard on Christmas Day 1965.

"I hope my fellow Michiganders get a renewed sense of pride about our state after watching this film," said Zeerip. "This is unseen history that we're bringing to life for the first time."

Zeerip has partnered with New Holland Brewing, in Holland, Mi., for a virtual screening of the film. It'll take place on Wednesday, Dec. 16 at 8:00 p.m. After the film concludes, those taking part in the screening will be able to have a live Q & A session with Zeerup.

To register for the virtual screening of 'Made in the Mitten,' click HERE. 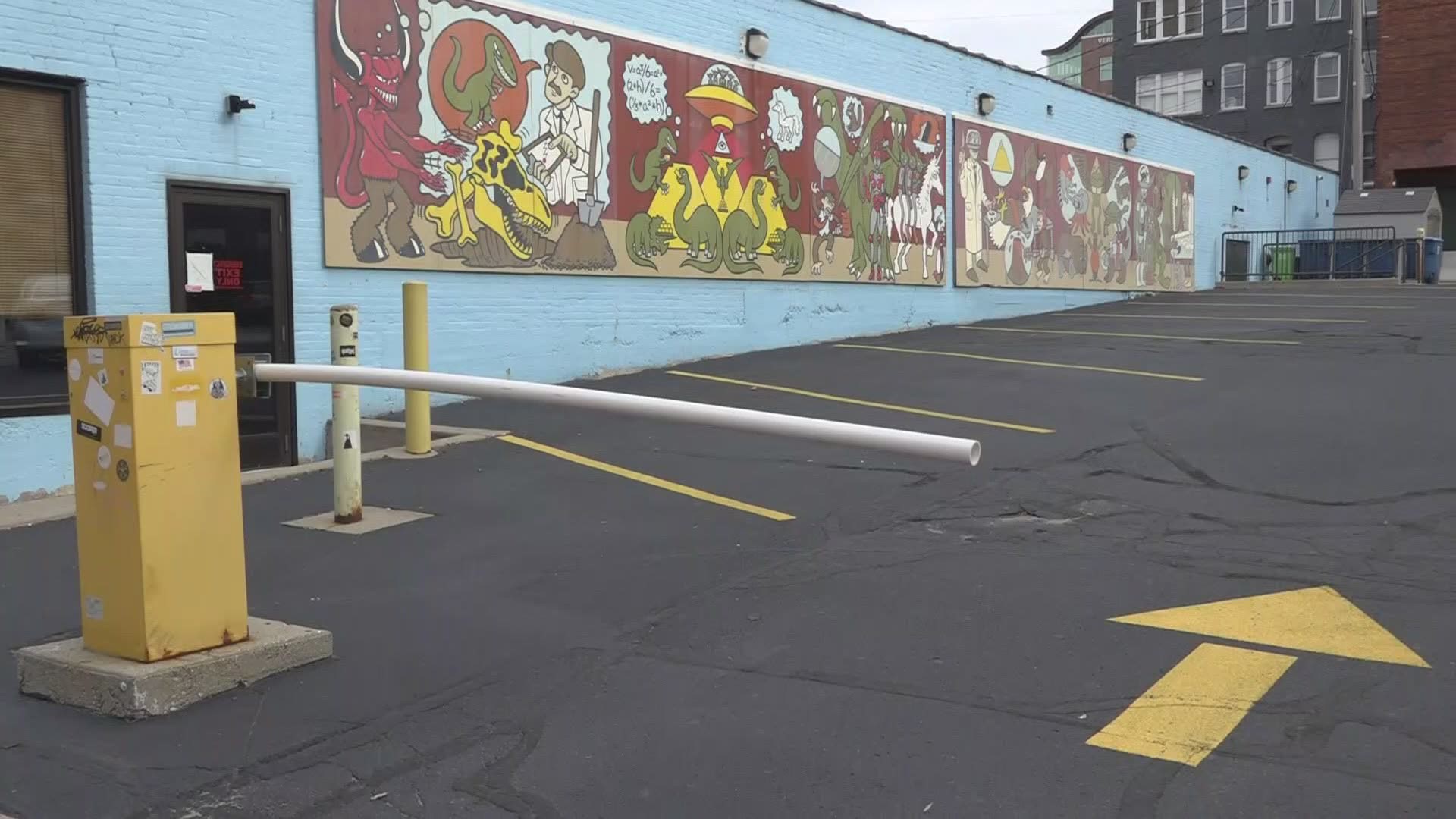