Branden Williams is on a mission to educate kids and families and get them excited about STEM. 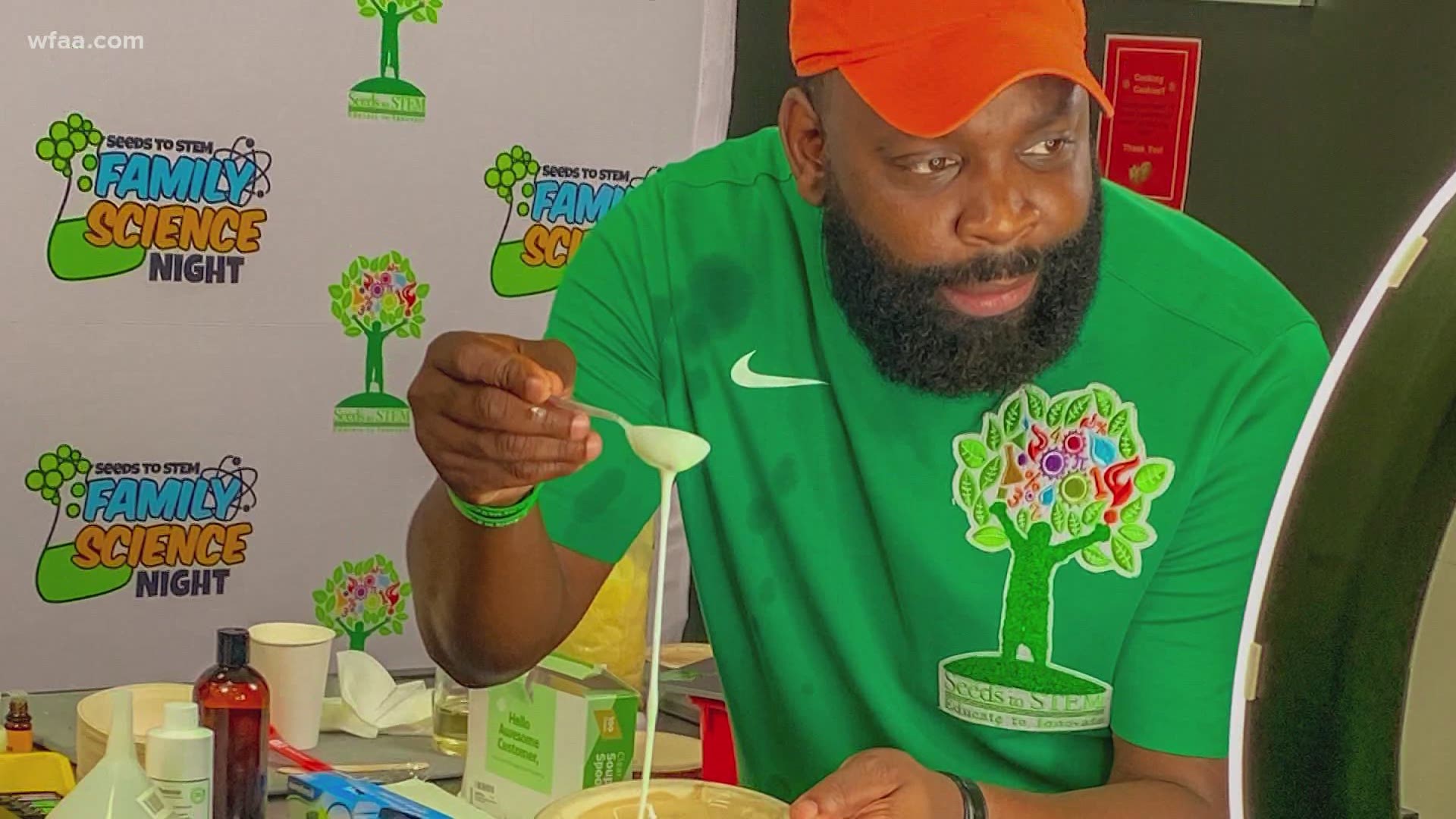 DALLAS — He’s a North Texan with hopes of merging culture and science with real-life lessons to show students science can be fun.

Branden “The Science Guy” Williams says its his life’s mission to share the power of STEM (Science, Technology, Engineering and Mathematics) education with the world.

“Science is the only thing I've ever done,” Williams said. “I've always taught in science, worked in science, my free time is in science.”

While some of us shake our heads at the thought of another chemistry exam, Williams welcomes it with open arms.

His love for animals at an early age eventually grew into a love for all thing’s science, including launching his own organization, “Seeds to Stem.” They work to successfully evaluate, educate and develop students in the areas of science, technology, engineering and mathematics.

“I started Seeds to Stem to raise awareness and provide opportunities for exposure in science,” he said.

Since graduating with his Biology degree, Williams has been on a mission to make “Family Science Night” the norm across the country.

“It’s important for educators like myself to be able to not only teach the kids, but teach parents as well the importance of science,” Williams added.

While his organization targets kids from low to moderate income households, Williams says their work isn’t limited to one group or region.

“Whether you go as far north as Sherman or as far south as Red Oak, what you start to see is the lack of consistent and quality STEM education just doesn't exist,” he said.

His solutions in the science lab may just be the solution to getting more kids involved in stem-focused career fields – by using what he describes as “culturally relevant” science projects.

“Why is it important for you and I to moisturize our skin with your shea butters and coconut oils versus regular lotion,” he asked. “How can we then take that activity and show that not only are you taking something and teaching them the science behind it, [you’re] teaching them the importance of health and wellness of moisturizing and taking care of them taking care of their bodies.”

Before the pandemic, Williams says his organization was prepared to launch into six school districts across North Texas, slated to serve just under 200,000 students.

Since many of those projects have been postponed, Williams is now taking his organization virtual. He is currently working on STEM kits that families can use in the comfort of their own homes. The kits should be available later this year.