The Houston mom is trying to find and thank the Good Samaritan after the unexpected purchase left her speechless and in tears. 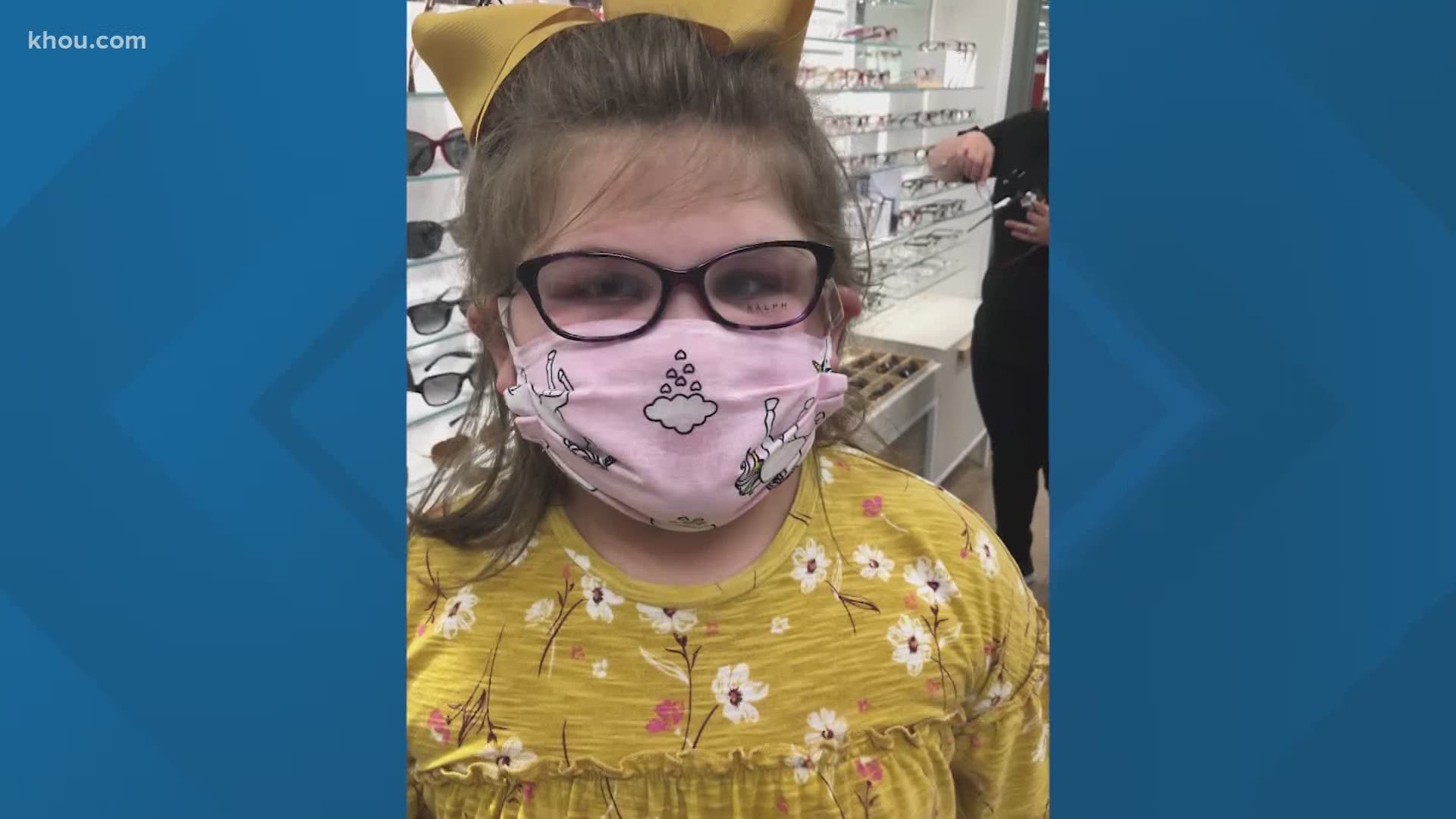 It happened at the Target store off Cypresswood and I-45.

After Madison chose some purple frames, she began talking to a man who was also in the Target Optical center. Shaw was focused on running down the cost of the glasses with a Target employee.

The man asked Madison what she thought of his green frames.

The little girl and the man talked for about 15 minutes. Before he walked out of the optical center, "she said, 'Bye, cute dude.'"

Mom turned her attention to the store employee to see if he could remove some of the added perks associated with the glasses, like anti-glare.

"I was going to have them take it off and the gentleman, that was helping the guy behind us interjected. And I thought he was going to try to up-sell me and tell me how great these were and why I needed them. And that’s when he told me that the man behind us had paid for the glasses."Shaw said. "I was speechless. One, things like that don’t happen to us. And two, glasses aren’t cheap."

She's right. She said he paid a little more than $150. The Shaws' insurance covered the rest.

That random act of kindness restored her faith.

"Thank you," she said during a Friday morning Zoom interview with KHOU 11. "We’ve just had a rough couple of years."

By a couple of years, Shaw means seven. Madison and her twin brother Michael lost their father when they were just babies. He died from complications associated to a rare genetic disease.

"It just seems like uphill battle ever since then," Shaw said.

"She learns a little slower than most 7-year-olds. But she’s the sweetest, most loving kid that you could ever meet," Shaw said.

In addition to the special needs associated with TRIP12, Madison had surgery in February to lengthen her Achilles tendon.

Buying glasses for Madison was just one more financial and emotional hurdle for the family to overcome.

"All of a sudden any worry or stress or anything you had is gone, because someone else took care of that for us," Shaw said.

So to the Good Samaritan who paid for the glasses, the little girl says, "Thank you, to buy my new glasses."

Whoever you are, you've given the Shaw family a whole new outlook. Because when we focus on doing good, the important things become crystal clear.