Matt Broussard went from losing his job as a chef to being named Forbes' Most Fun Chef to Watch on TikTok in a matter of months. 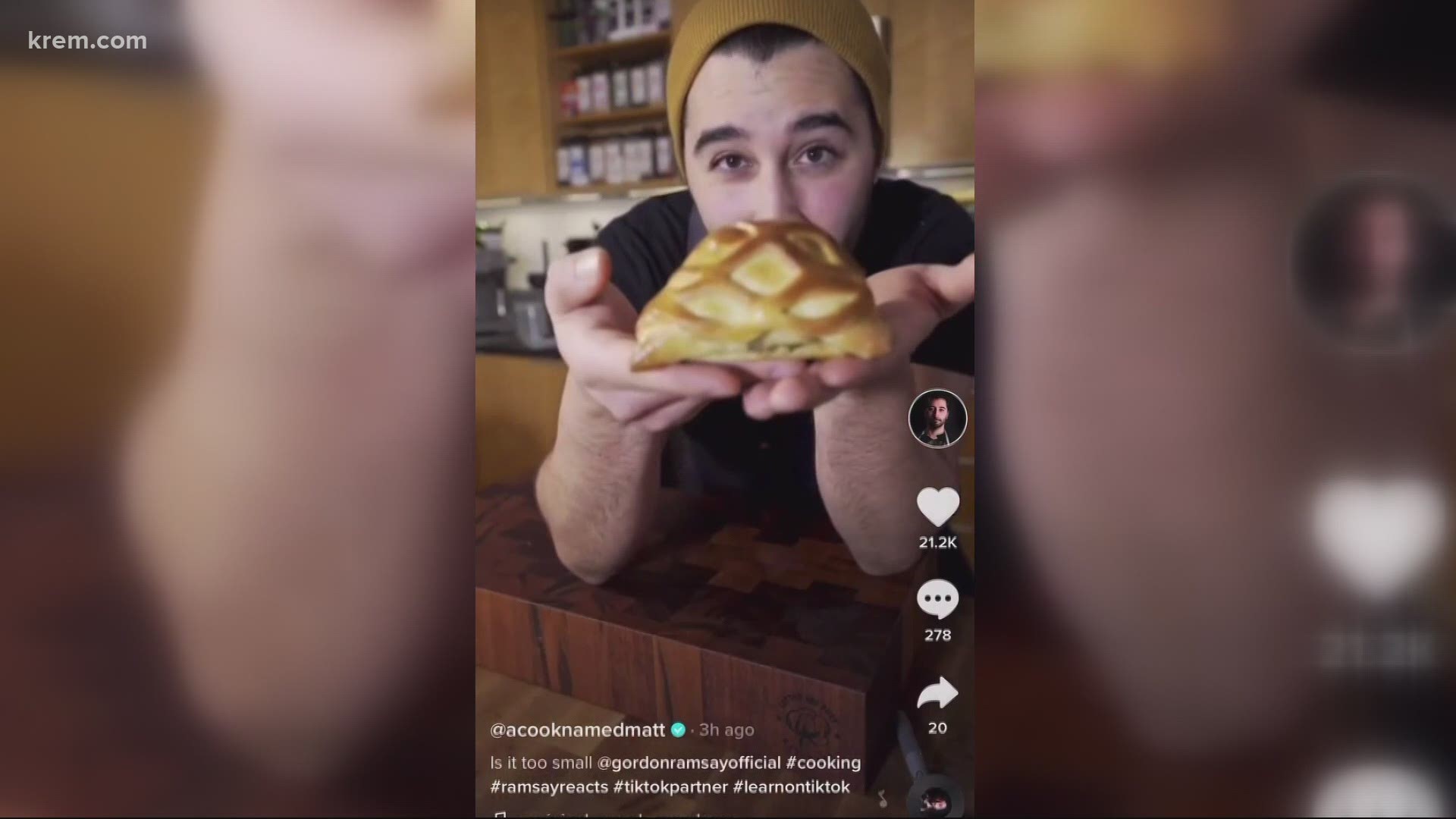 SPOKANE, Wash. — Matt Broussard went from losing his job at as chef at the beginning of the COVID-19 pandemic to being named Forbes' Most Fun Chef to Watch in a matter of months.

One cooking video after another went viral on TikTok for Spokane native and chef Matt Broussard in 2020. He now has over 4 million followers, inspiring people to get into the kitchen around the world.

The 28-year-old chef was working and living in Seattle under the popular chef Tom Douglas before losing his job due to the pandemic.

“I have been cooking since I was 16 in restaurants,” Broussard shared.

He quickly shifted to creating content on social media full time and gave more focus to his growing YouTube channel. This is when the Spokane based company Spiceology took notice and hired him as a test kitchen chef.

He moved to Spokane where he spent most of his time creating recipes and making videos with a large variety of Spiceology products. His popularity on the new social media app TikTok quickly grew.

“I saw this TikTok opportunity where people were getting a lot of views," he said. I just did a video cutting an onion and it got a million views. Everyone likes the cutting sounds.”

From unique recipes that keep you entertained to simply cutting chocolate, Broussard will catch your attention with a different take on cooking at home.

With four billion views on his videos, brand partnerships are starting to line up. Broussard said a traveling food truck is in his future, but for now he loves working for Spiceology and inspiring people to get creative in the kitchen.