'Any Baby Can' trained every stylist at the Fantastic Sams Arbor Park salon on how to cut hair for children with sensory disorders. 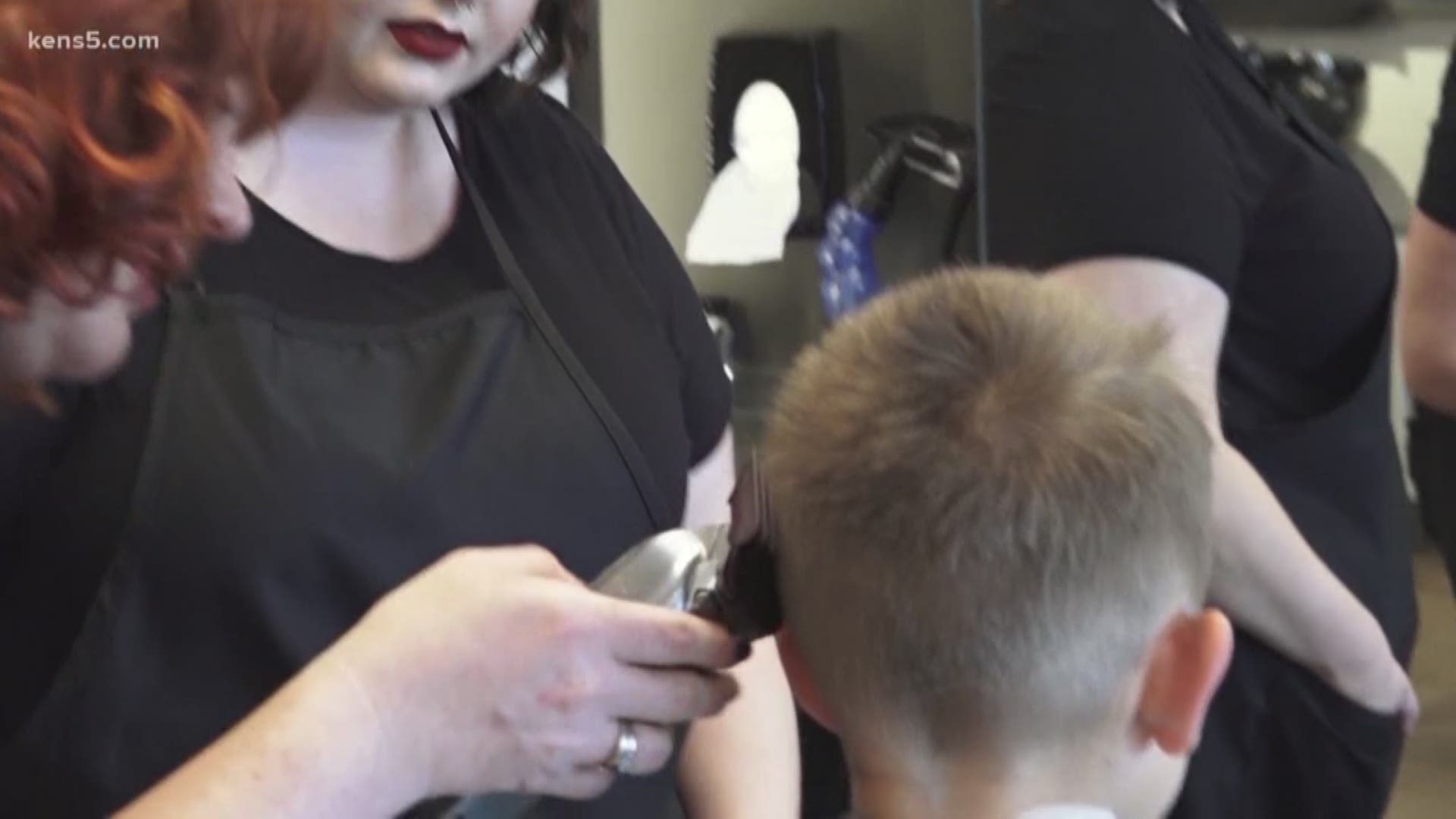 SAN ANTONIO — The school year is in full swing!

Kids are headed to the classroom dressed to impress, but for children with autism, the grooming process can sometimes pose an extra challenge for parents.

One local non-profit organization was hoping to cut out the fear.

Buzzing, blowing and snipping are sounds you would find in any salon, but these sounds often make for a frightening experience for children with autism.

“Our kids really do struggle with the loud noises in salons like being touched. Just also not really knowing the process; the step by step. That unknown causes a lot of anxiety. The stylists really need that patience with the kids and directing their attention on something else,” Katya Finta, an autism education specialist said.

Finta works with the local organization ‘Any Baby Can.’

The organization stepped in to train every stylist at the Fantastic Sam’s Arbor Park salon.

“We had one family who brought a bubble blowing machine and we followed the little boy around the salon and cut his hair while he followed the bubbles,” Stacy Thibodeaux, owner of Fantastic Sam’s Arbor Park said.

“Parents can just call our salon directly and that they would like a cut and that they have a child on the spectrum. We’ll make the appointment and we’ll set aside a full hour, so nobody is rushed and nobody is stressed out. If they need to take a break halfway through the cut, they are more than welcomed to do that,” she added.

Thibodeaux said parents are also encouraged to bring their child in beforehand to see the salon, sit in the chair and hear the razor.

Thibodeaux is a mother with a child on the spectrum. She wanted to make her salon was a safe place for parents to turn.

One of the parents was Amanda Ward who brought her son, six-year-old Alex, to the salon because of stylists like Sarah Bowden and Alex Dobson.

“It’s hard; he doesn’t like people touching him in certain places like his ears and he has trouble sitting still. As a parent it’s really hard to see your child in pain, not in physical pain but like they just don’t know what’s going on,” Ward said.

For the busy mom of two and Army spouse, it was a place she and Alex could turn to make things a little easier while dad is deployed.

Stylist Sarah Bowden said she would do whatever it took to make the child feel comfortable.

“Also for the parent, because a lot of times it’s really hard to get your kid’s haircut, like, regardless. I’ve gone on the floor; some kids don’t like to sit in the chair and that’s totally fine,” Bowden said.

Six-year-old Alex had one thing to say about his new ‘do’.

“Great job ladies! Four years ago if you told me he was going to be sitting still for a haircut or a mainstream classroom I probably would have laughed because I just couldn’t see it,” his mother said.

Any Baby Can will be having a community haircut event in December for children with autism with $10 and $15 haircuts.You can stay posted by checking on their social media page here.

The organization has offices in San Antonio, New Braunfels and Kerrville and provides other services for parents and the community. You can find more here.