SweetBerry Fresh Market in Wickliffe says the name change is all in fun. 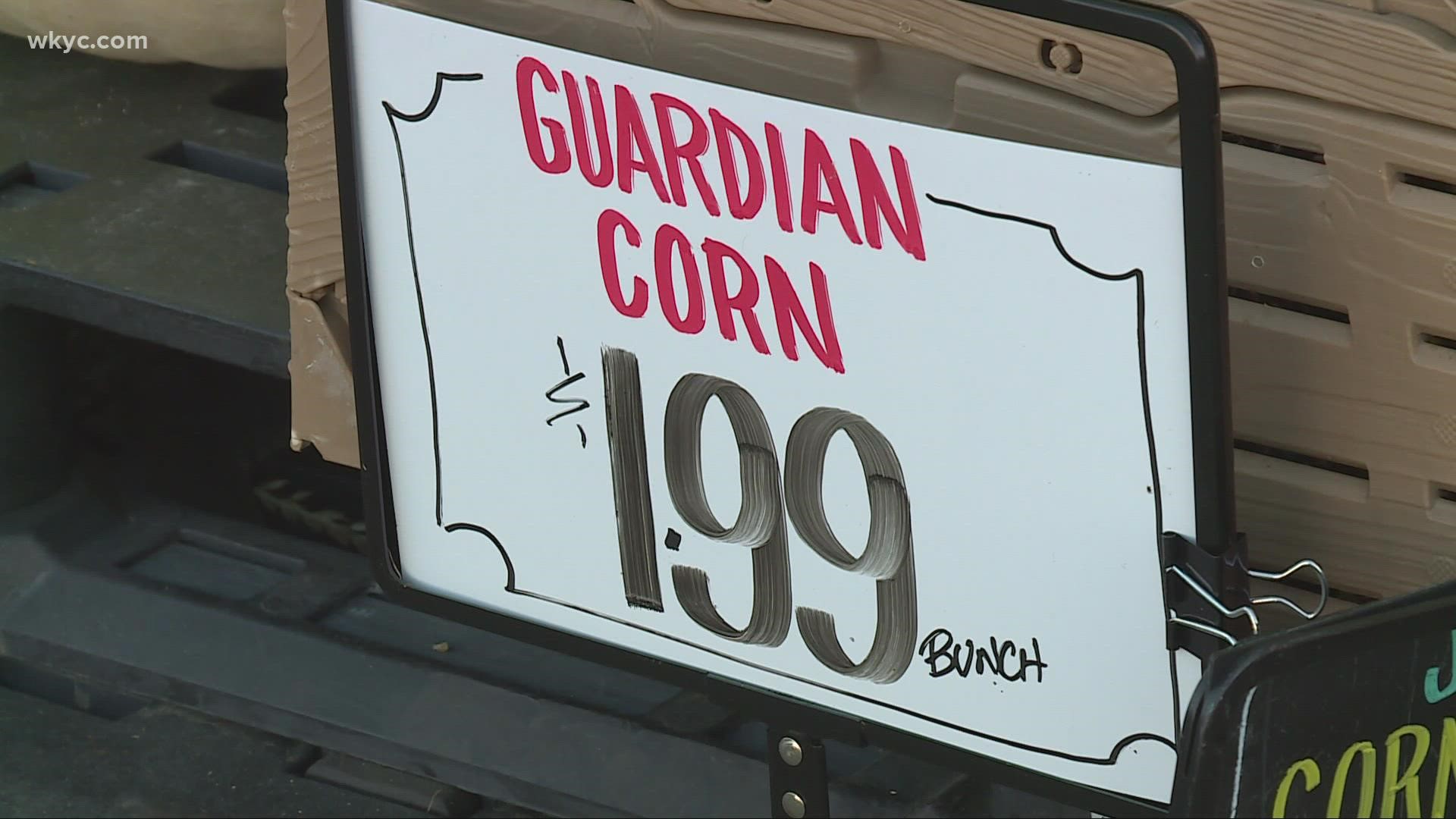 WICKLIFFE, Ohio — As you drive down Euclid Avenue in Wickliffe, you'll see lots of cars going in and out of SweetBerry Fresh Market.

It's a popular place with local shoppers, especially now. You see, they're getting in their fall produce.

They have several different kinds of pumpkins: big orange ones, small white ones, and everything in between. Some with stripes, some with warts, and some perfect for pumpkin pies. They also have decorative gourds in a myriad of colors and shapes.

Tucked between the huge white pumpkins and the sign for corn stalks sits a container that's getting some attention. In it are ears and ears of dried, decorative corn. Some call it calico, some call it Indian corn, but this year, SweetBerry has dubbed these multicolored beauties "Guardian Corn."

"It was the produce manager's idea," employee Ryan Wilson said. "We think it's fitting with what's going on in the city."

What's going on is the Cleveland Indians' name change. Next year, the team will return as the Cleveland Guardians, and while that has caused some controversy for baseball fans, Wilson says that is not their intent.

"It's all in fun," he said. "We've had great response to it from our customers."

No mater what you call the corn, it is a staple of fall, and this year's colorful crop is in and is spectacular.