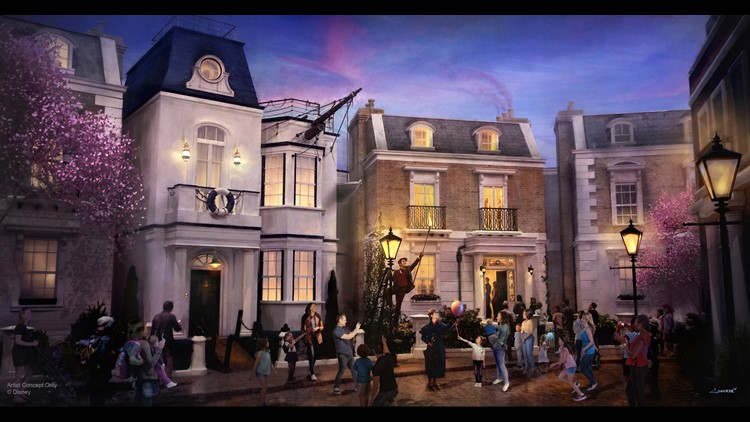 Park officials have revealed that Epcot’s World Showcase will be home to the first-ever attraction inspired by Mary Poppins.

The yet-to-be-named experience will be in a brand new neighborhood within Epcot's United Kingdom pavilion.

“Guests will step in time down Cherry Tree Lane past Admiral Boom’s house, then enter Number 17, home of the Banks family, where their adventure will begin,” park officials announced Sunday at Disney’s D23 Expo.

No additional details -- including an opening date of the attraction -- were revealed.

The new Mary Poppins attraction is among an array of updates coming to Epcot in the years ahead.

Here are highlights of what you can expect in Epcot's multi-year transformation:

- Guardians of the Galaxy: Cosmic Rewind: A new roller coaster attraction with “a never-before-seen storytelling coaster that rotates to focus on the action.”

- HarmonioUS: A new nighttime show, which is being called “the largest ever created for a Disney park.” It celebrates how the music of Disney inspires people around the globe.

- Spaceship Earth overhaul: “A new guide and all-new narration will focus on the storytelling that brings people together,” Disney said. Many of the rides current scenes will be enhanced or changed. No opening date provided.

RELATED: Target teams up with Disney to open shops