Stone carver Kat Warwick has built many new friendships after she started carving in her North Dallas front yard. 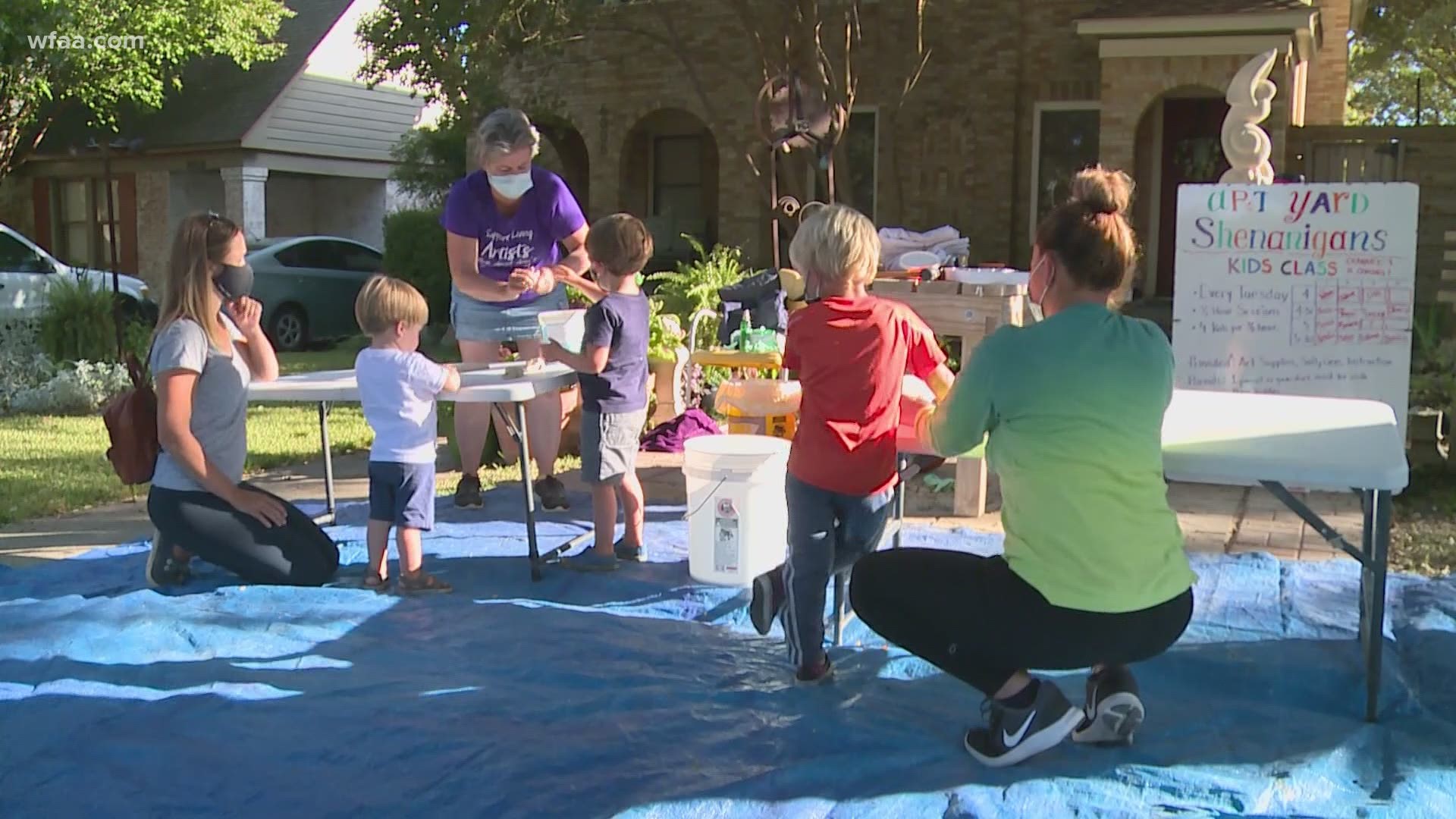 For years, one of the residents of a quiet North Dallas neighborhood has kept a secret from her neighbors.

As often as she can, and in the privacy of her backyard, 59-year-old Kat Warwick sets up a giant rock and starts sculpting.

Warwick, who teaches stone carving at the Creative Arts Center of Dallas, says her neighbors have no idea she does this mostly because she’s too afraid to tell them.

“One of the things I lived with for many, many years was fear of being who I am, being myself,” she said. “Being wrong and being ridiculed as a child still lives in me and it’s very strong.”

That’s why it was such a big deal when, a few months ago, she decided to go stop hiding.

Kat started carving in the front yard because she says 2020 has been a crummy year and she hoped this might make her neighbors smile.

Still, she was terrified they’d be more annoyed than enamored.

Which is why it surprised her when they stopped.

Neighbor after neighbor admired/watched, asked questions and struck up a friendship.

“It’s brought back humanity in some ways where people are just rushing to and from and kind of forgetting that you have super cool neighbors around you,” another neighbor said.

RELATED: Bulldozers, excavators and more: You can operate them at new Sachse adventure company

“One of my neighbors, when she walks by, she goes, ‘When you’re out here carving, I know everything’s right with the world,’” Warwick said.

Things are so right, she now carves out time for kids in her neighborhood, teaching them art classes for free.

She started by educating neighborhood kids and their parents what it takes to be a stone carver.

Eventually, Warwick applied for a grant so that she could buy supplies and teach kids to make their own art.

Many can’t wait to spend time with Warwick, carving pumpkins and creating critters out of clay.

After years of hiding in fear, Warwick says she could’ve never imagined so much love and acceptance.

“The neighbors that I didn’t know now are my friends and it’s like, OK, we need more of that,” Warwick said. “We need more of people doing what brings them joy and it will bring joy to others as well.”

A reminder that the best way to be a great neighbor is to be yourself.