Top 3 most underrated superheroes to appreciate on National Superhero Day

In one nerd's opinion, here is a short list of underrated superheroes with an honorable mention that might surprise you! 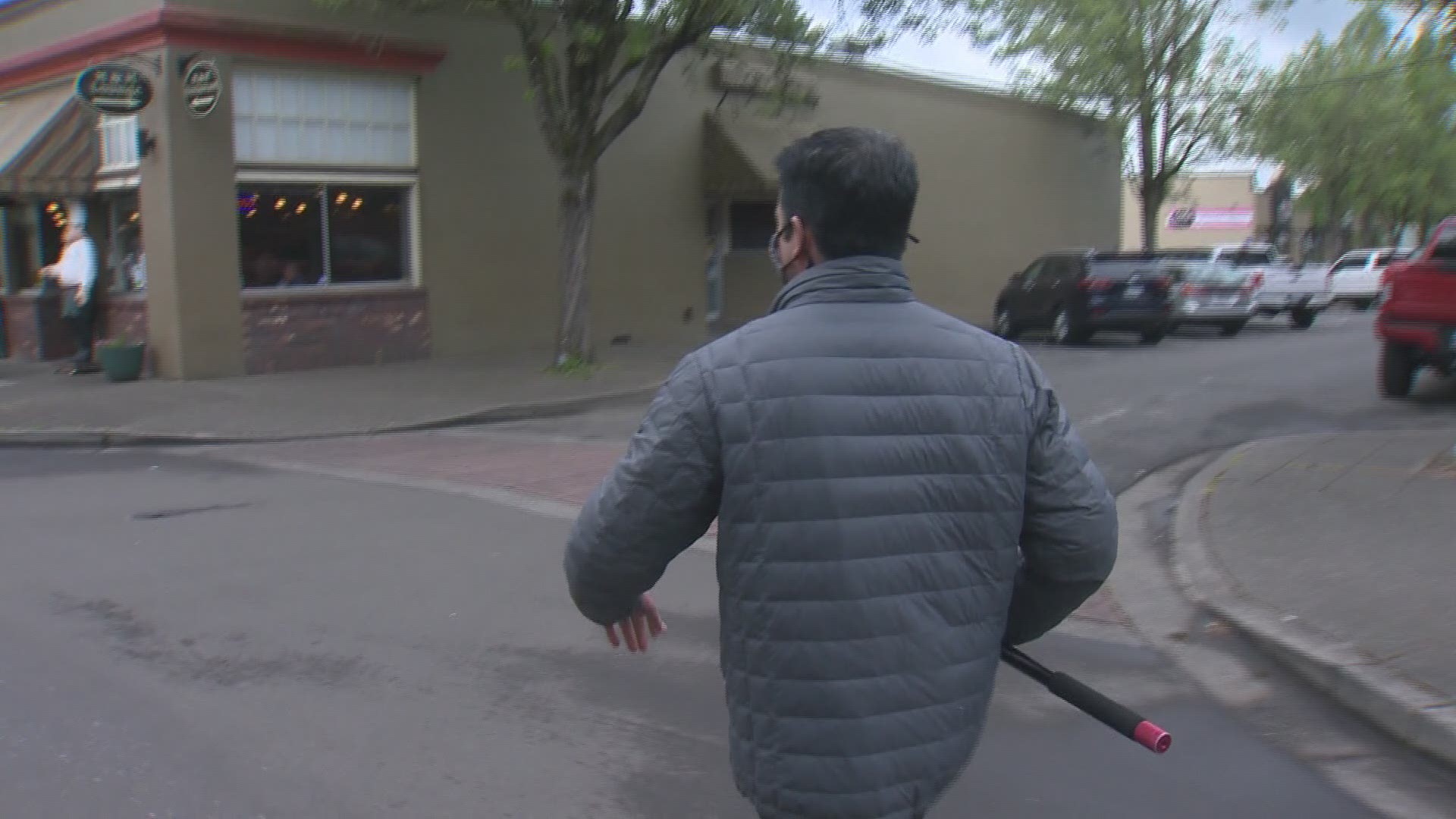 PORTLAND, Ore. — Wednesday, April 28 is Superhero Day and to celebrate I am going to tell you some information that precisely no one asked for: Who I think are the three most underrated superheroes of all time are. Plus, an honorable mention that might surprise you!

Now, let me preface this with the fact that these are MY opinions and I want to know yours! But what I do wanna do, is argue about it.

When I thought about making this list, J’onn was the first person I thought of. I fell in love with Martian Manhunter in the Justice League Unlimited animated series that used to air on Cartoon Network.

J’onn J'onzz is one of the last surviving members of his species which was eradicated during a brutal civil war on his home planet, which is Mars. He’s a legit Martian. He was accidentally transported to earth and became a Justice League member. He has been in almost every iteration of the Justice League since he was created… except for the movie.

Now, I’ll be honest, I refused to see the Snyder Cut after I heard it was shot in 4:3 because I thought that was pretentious and haven’t found a spare FOUR HOURS, and he did make a small appearance in that. However, his omission from the team is why he is on this list. He deserved to be in those movies even if they were, in my opinion, tragic.

J’onn has a gentle sweet soul and he is so calm and he is often the voice of reason for his super coworkers. He’s incredibly smart and I think his steadfast ways would have brought a lot to the team they assembled for the movies. He has suffered great loss – not only in the loss of his species but his wife and children died during the war as well. Despite that, he fights for earth to ensure nothing like that happens to his second home. He’s a doll. I love him. More Martian Manhunter for everyone, please.

I will scream into the ether about how much I love Pietro Maximoff until I am blue in the face.

We were robbed, no doubt about it. The Marvel Cinematic Universe killed off Pietro Maximoff to later lift up Wanda’s storyline. Not only did they do that, but they killed the fastest man in that universe with bullets to sacrifice for another character that had a sad movie adaptation AKA Clint Barton.

But look – Pietro is incredible. It’s no secret that I love mutants and you (probably) all know I am a huge Wanda Maximoff stan, but Pietro is often her rock, in his own chaotic, hilarious, dry and sometimes petty way. He is not a perfect character, but he tries. He always looks out for his sister and he has had some really good arcs of his own. He is often dry comedic relief and a lot of daddy issues tension with Magneto.

I cannot recommend enough checking out his most recent solo run of comics if you’re interested in his character it’s called Quicksilver No Surrender. Mask up and head over to your local shop.

If you know me at all, I think you might know who sits at the top of every list of comic book characters for me, it’s the queen herself, Emma Frost. Emma Frost is my second favorite Marvel character of all time. When we think of the X-Men and telepaths, I know many of us think about Jean Grey, but trust me when I say she is vanilla pudding compared to Emma.

Emma has been everything from a villain to your morally grey problematic fave. She has been, like a lot of women in comics, written poorly and spectacularly. However, I think she is a grossly misunderstood character in the fictional world where she exists and also out here, by us. She is a character with a lot of trauma who has a flair for the dramatic. She comes off as very vapid, judgmental and self-centered but she is a woman who was beaten down by the world and just wants to love her students, typically. I will forever be an Emma stan and you should be too. There are many incarnations of her but if you’d like to read some solid Emma content, head over to your local shop and ask them about it!

My surprising honorable mention is Wanda Maximoff. And you may be thinking that most of the world is lowkey obsessed with her now following the success of WandaVision and you are right. Welcome to the club it’s nice to have you.

However – As much as I loved WandaVision, what was it? What did we learn about Wanda? That she’s sad, she’s lost a lot, she’s a little unstable? These things are all true but if you want a better impression of who Wanda is as a hero and as a mom, I implore you to check out some Wanda comics! I have a video on my YouTube channel that’s a little starter course on Wanda comics.

I want to know who some of your favorite superheroes are! Drop me a comment down below and let me know! Or you can find me on Twitter @Hello_destiny.

Destiny Johnson is a digital journalist at KGW in Portland, Oregon. She hosts Nerd News with Destiny on Youtube and she'd love it if you checked it out and maybe subscribed if you're feeling saucy.