Plus, how Jay-Z helped Ahmaud Arbery's lawyers make it to a court hearing on short notice 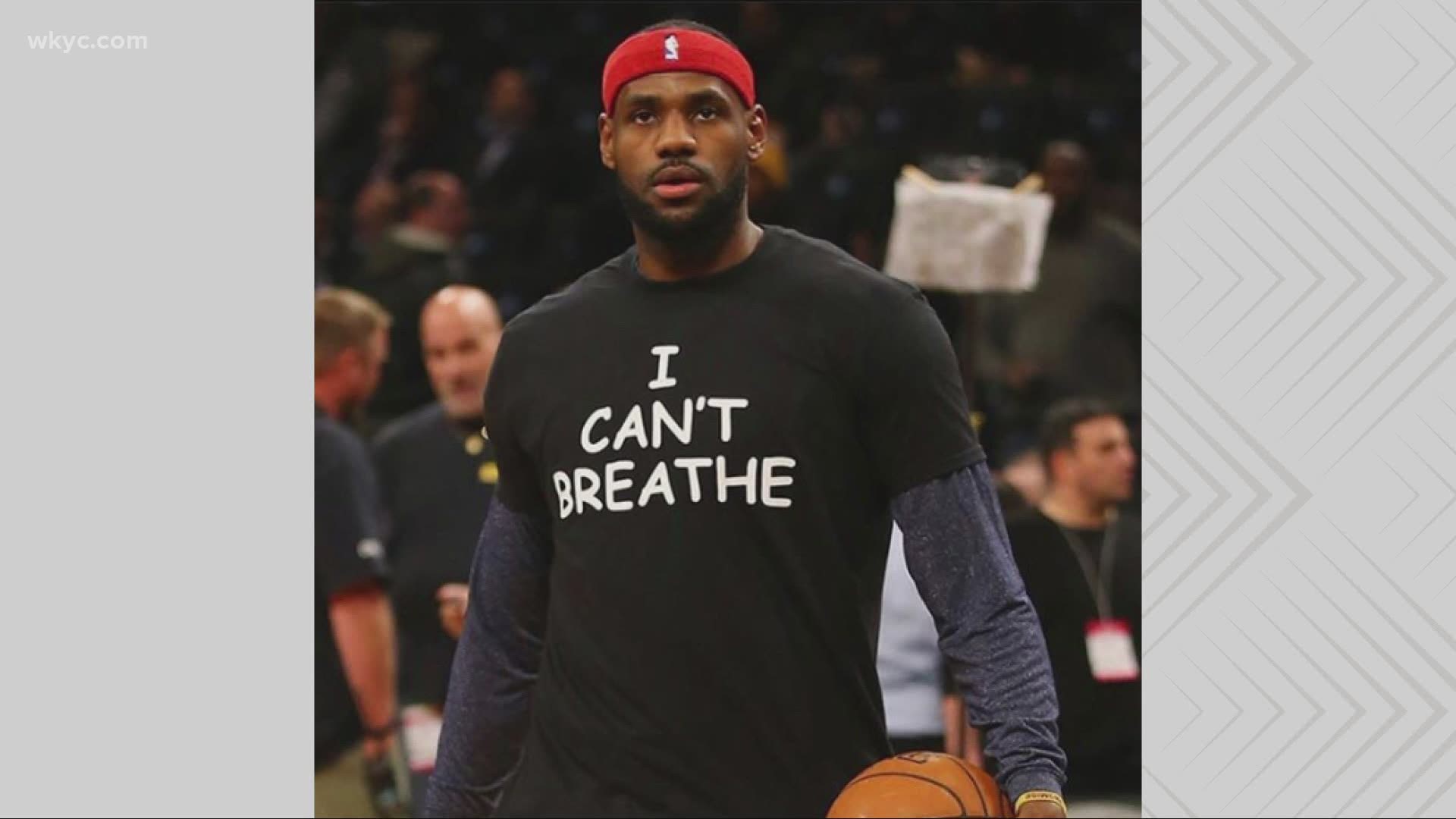 CLEVELAND — LeBron, Jay-Z, and Kanye West. Three powerful black men are at the top of Hollywood headlines, and for the best reasons.

Ingraham defended Brees over his comments in which he told YahooSports that he doesn't stand for anyone disrespecting the flag of the United States.

"He's allowed to have his view about what kneeling and the flag means to him" Ingraham said in a segment earlier this week, "he's a person."

RELATED: Trump says Drew Brees should not have apologized for flag comment

Complex Sports was quick to notice a sharp change from how she addressed NBA stars LeBron James and Kevin Durant, after they spoke out against racism and President Trump in 2019.

"LeBron and Kevin, you're great players, but no one voted for you. Millions elected Trump to be their coach" Ingraham said in a video from last year, "keep the political commentary to yourself, and as someone once said, shut up and dribble."

James retweeted the edited video that includes both of Ingraham's comments, writing "If you still haven’t figured out why the protesting is going on...Can we break it down for you any simpler than this right here????"

The 'kid from Akron' also posted a video to his Instagram later with phrases like "shut up and dribble," "shut up and put your hands up," and "shut up and get on the ground," captioning the video "You thought I would 🤐?? Yeah oook. I’m louder than EVER."

And while the former Cleveland Cavalier is using his platform to get loud, Jay-Z quietly helped out the lawyers for Ahmaud Arbery's family to make a very important court hearing.

Arbery was a black man who was shot and killed in February while jogging.

"Court hearing in Brunswick, Georgia this morning. No flights to take us there last night. @leemerrittesq and I spent hours trying to find flights or cars" wrote one of the lawyers on Instagram, "at 1 am we started losing hope till we got a call from Jay Z’s people at Roc Nation who chartered a flight for us to attend this hearing with the family of Ahmaud Arbery. Thankful for their support. Updates on the hearing soon"

RELATED: Jay-Z takes out full-page ads in tribute to George Floyd in newspapers across the nation, including The Plain Dealer

The plane, a Bombardier Challenger-850, was a $40 million birthday gift from wife and superstar Beyonce in 2018.

And fellow rapper and ex-best friend Kanye West must be feeling the wave of generosity as well.

West recently set up a 529 college fund that will completely cover tuition for George Floyd's six-year-old daughter Gianna, to ensure she is able to get a higher education one day.

The kindness didn't stop there as well, because West also donated $2 million dollars to the legal funds seeking justice for Ahmaud Arbery and Breona Taylor, both unarmed black citizens killed earlier this year.

The cherry on top, 'yeezus' himself found the time earlier this week to walk in protests this week in Chicago calling for justice for Floyd.